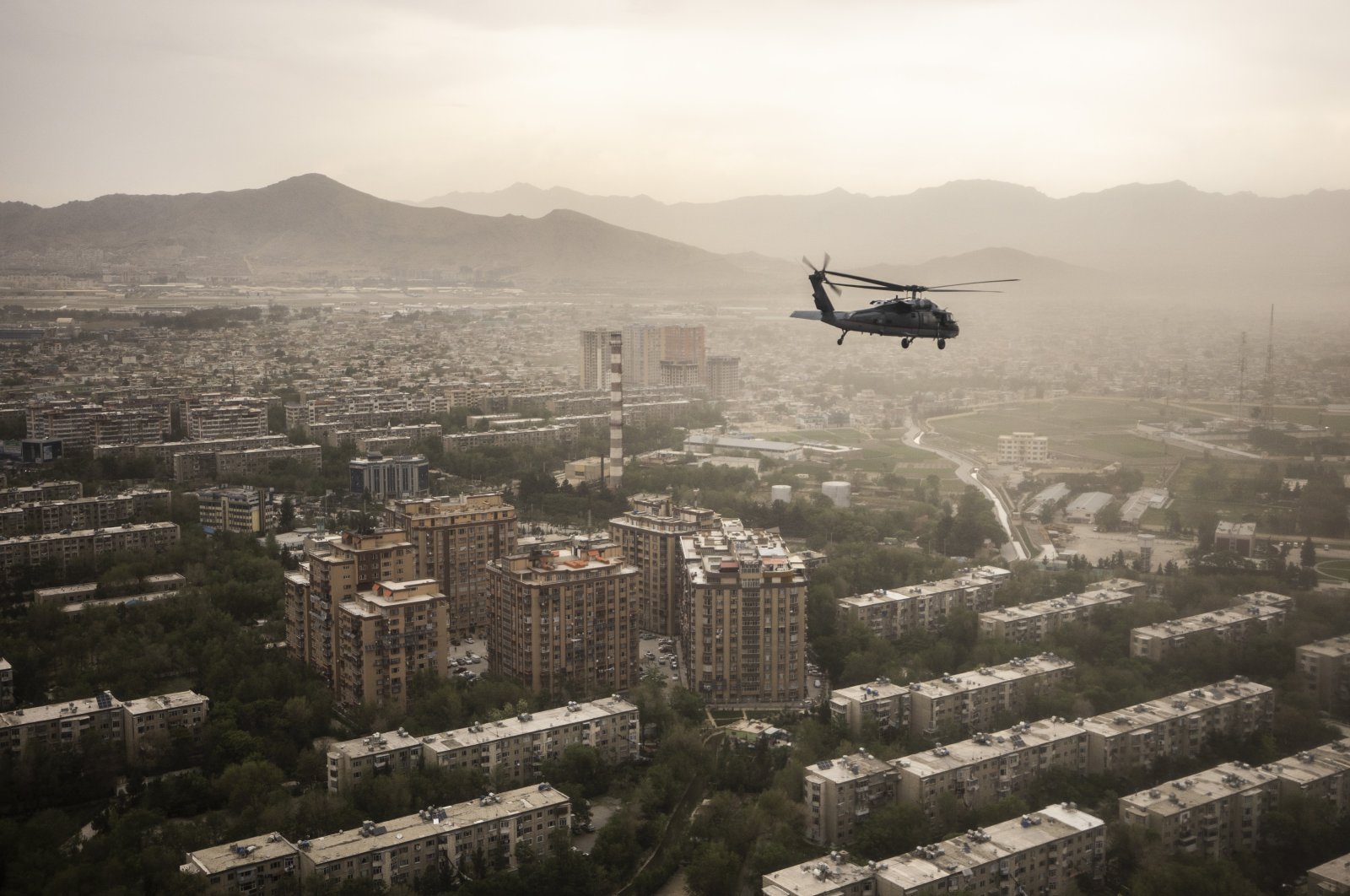 In politics, "grand strategy" is mostly referred to as an art. It is the art of planning, prioritizing and mobilizing diverse forms of power, including military, diplomatic, political and economic, toward the fulfillment of long-term objectives of a state.

As it happens in the highest level of national statecraft, grand strategies tend to be extremely complex operations. In crafting and directing grand strategies, ground realities play a vital role. Therefore, any change on the ground can lead to change or modification of states’ grand strategies.

The United States' grand strategy has been centered around the idea of acquiring and maintaining preeminent power over various rivals around the globe. Since Sept. 11, 2001, the Middle East turned into one of the main focus points of U.S. grand strategy.

The U.S. grand strategy in the region has been traditionally established on the four pillars of protecting energy security, finding a solution for the Arab-Israeli conflict, maintaining the balance of power in the region and combating terrorism.

However, the rise of China as a ground reality has forced Washington to consider relocating its grand strategy focus from the Middle East to the Indo-Pacific region. This shift of grand strategy is to ensure the U.S. primacy in the global system by countering China as a top strategic threat.

The withdrawal of American forces from Iraq in 2011 was the first practical sign for the U.S. shift of grand strategy focus. The order by U.S. President Joe Biden to have “zero” troops in Afghanistan by Sept. 11, 2021, seems to complete this process.

There is news indicating that the next country U.S. troops will leave will be Saudi Arabia. But important questions remain for the region: What will happen after the U.S. troops are gone? Who will fill the power vacuum in the region?

The main regional powers of the Middle East, namely Iran, Saudi Arabia and of course Turkey, are now in the position of “waiting for Godot” to fill the impending power vacuum in the region.

The U.S. troop withdrawal from Iraq handed the country to Iran in practice. Tehran managed to seize power in the highest levels of Iraqi politics and to develop and equip its own proxy military forces in the country.

As the U.S. is reducing its presence in the Middle East, Tehran is tuning its grand strategy to fill the power vacuum and to once again repeat its success story in Iraq.

In its first step, Iran is back at the negotiation table with the world community to ease its crippling economic sanctions. Revitalizing the Joint Comprehensive Plan of Action (JCPOA), commonly known as the Iran nuclear deal, will boost Iran’s diplomatic power while providing Tehran with access to financial resources needed to exercise its ambitious regional grand strategy.

Iran has organized more than 20,000 Afghan Shiite fighters in Iraq and Syria as part of the Fatemiyoun Brigade who are fighting on various fronts against opponents of Syria's Bashar Assad regime.

Thus, the return of this military force to Afghanistan after the withdrawal of the U.S. troops could pave the way for the formation of a powerful and large pro-Tehran axis in Afghanistan like Hezbollah in Lebanon and Hashd al-Shaabi (Popular Mobilization Forces – PMF) in Iraq.

The grand strategy of Iran upon the withdrawal of the U.S. forces is set to strengthen the Shiite crescent (including Lebanon, Syria, Iraq and Yemen) by increasing investment in its para-military proxy forces and by annexing Afghanistan to it.

The shift of the U.S. grand strategy focus toward the Indo-Pacific will affect Saudi Arabia the most among the regional powers. The kingdom is home to a large number of U.S. troops in the region that provide vital support for Riyadh to maintain its balance of power with Tehran.

The American redeployment will certainly weaken Saudi Arabia’s position against its rival Iran. At the same time, the kingdom is in a direct military confrontation with the Iran-backed Houthi militias in Yemen.

The intra-Gulf Cooperation Council (GCC) disputes have also weakened the position of Riyadh in the region.

The change of administration in Washington and the shift of the U.S. grand strategy in the region have already pushed the kingdom to adjust its regional grand strategy. A delegation of Saudi top intelligence officials visited Syria on May 3, 2021, to discuss the future of the relationships between the two states.

At the same time, direct channels have opened between Riyadh and Tehran to calm the tensions between the two rivals. Saudi Arabia is also sending positive vibes to Qatar and Turkey signaling its willingness to write a new chapter with both countries.

Riyadh’s grand strategy in the absence of the U.S. is therefore geared to maintain the influence of the kingdom in the region and to sustain the balance of power with Iran by cooperating with other regional actors, mainly Turkey.

Ankara responded to the changes on the ground by adjusting its grand strategy toward a more proactive diplomacy in a timely manner. The withdrawal of U.S. troops from the region will provide a conducive environment for Turkey to strengthen its regional influence in the new Middle East order.

Despite all the difficulties, Turkey has several strong cards in hand to play a more influential role in the future order of the region. While the U.S.-Turkey relationship has been troubled recently, Ankara is still a key NATO ally, a critical partner and the most trusted regional power for Washington.

The close cooperation between the two countries for finding a solution for post-U.S. withdrawal Afghanistan indicates the importance of Turkey in U.S. foreign policy.

The role of Turkey in the stability of the region cannot be ignored. At the same time, the historical ties between Ankara and the EU make Turkey a regional power on a different level in the Middle East. The fact that Turkey has pragmatic relationships with Russia and China has turned the country into an internationally recognized constructive regional power.

While it is recognized by powers outside the Middle East, Ankara has sought to improve relations with Saudi Arabia and Egypt in recent months.

Turkish President Recep Tayyip Erdoğan and Saudi Arabia's King Salman bin Abdulaziz discussed bilateral ties in a call in early May 2021. This was the second phone conversation between the two leaders in less than a month.

UCAVs play a vital role in protecting Saudi’s energy infrastructure against Iran and the Houthis.

Meanwhile, the page is also turning in Turkish-Egyptian relations. Revitalizing relations with Cairo received the green light from Erdoğan, and Ankara is hoping to play its historical role as a regional mediator by offering to moderate between Egypt and both Ethiopia and Saudi Arabia.

This will in turn strengthen Turkey’s position in Libya, North Africa and the Arab world in general. The grand strategy of Turkey for the new Middle East order is therefore based on utilizing its historical ties with external superpowers while strengthening its influence and ties with the main regional actors in different fields, including military and economic.

While the U.S. is gradually shifting the focus of its grand strategy toward the Indo-Pacific region, the game of regional grand strategies between Iran, Saudi Arabia and Turkey will therefore decide the fate of the Middle East in the coming years.