Window of opportunity in the Caucasus 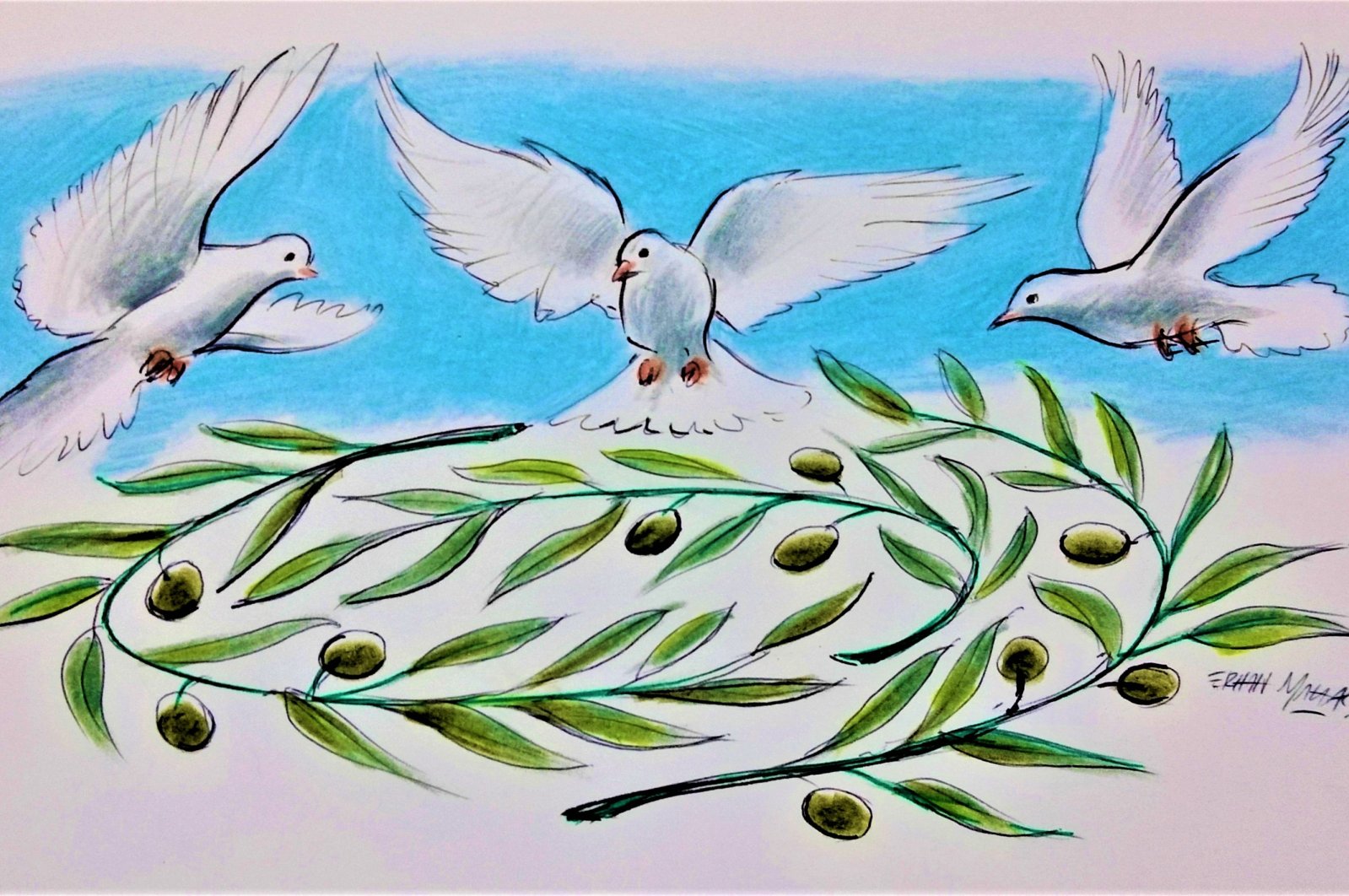 Illustration by Erhan Yalvaç shows doves and olive branches in a reference to the new peace process in the Caucasus region.
by Burhanettin Duran Dec 18, 2021 12:05 am

While it may be too early to make a precise prediction for the future, the prospect of normalization is promising and vital for the region. Eyes are now on the Armenian prime minister

Foreign Minister Mevlüt Çavuşoğlu recently announced that Turkey and Armenia were going to appoint special representatives: “We coordinate (our actions) with Azerbaijan across the board and make decisions together.” Yerevan also confirmed that it was “ready for normalization without preconditions.”

The current situation is radically different from 2009, when a normalization attempt failed due to a lack of progress in Karabakh and the lack of coordination with Azerbaijan. However, circumstances changed after the Second Karabakh War, enabling Azerbaijan and Armenia to address their disagreements and for Turkey and Armenia to pursue normalization.

In recent weeks, we have seen positive statements from Ankara, Baku and Yerevan regarding normalization. The reelection of Nikol Pashinian as Armenian prime minister, despite Armenia’s defeat in Karabakh, was a critical development. President Recep Tayyip Erdoğan thus called for the establishment of a regional platform with six members to promote peace, stability and cooperation in the Caucasus. Again, Russia’s President Vladimir Putin on Nov. 26 hosted Azerbaijan’s President Ilham Aliyev and Pashinian in Sochi. The two leaders met with Charles Michel, the European Council’s president, on Dec. 14 and French President Emmanuel Macron on Dec. 16.

It goes without saying that Moscow and Ankara are bound to play a more prominent role in a “comprehensive peace agreement” between Azerbaijan and Armenia than Brussels or Paris. The United States, too, welcomes the most recent developments.

A wave for all

It is no secret that the changing balance of power both in Turkey’s neighborhood and in the world fuels normalization. The United Arab Emirates (UAE) has been taking rapid and simultaneous steps to repair its relations with Qatar, Turkey and Israel. At the same time, Turkey repaired its relationship with the UAE and is laying the groundwork for negotiations over regional issues. Again, Ankara has decisively pursued normalization with Tel Aviv, Riyadh and Cairo over the last year, resulting in varying levels of progress. Hardly anyone would be surprised if Turkey were to start a new chapter in its bilateral relations with those countries in 2022.

Meanwhile, serious leader-to-leader engagement is needed for ongoing consultations between Turkey and Greece to yield concrete results. It will take difficult decisions and a lot of patience to resolve differences over continental shelf/territorial waters/airspace issues as well as the demilitarization of the Aegean islands and the status of islets. Having secured support from the European Union and strengthened its defense cooperation with the United States and France, Greece began to work more closely with certain regional powers in the Eastern Mediterranean and signaled its intention to increase its territorial waters to 12 miles (19 kilometers). Ankara recently warned that acting on the basis of false perceptions would only hurt Greek interests. Needless to say, Turkey’s moves to repair its relations with the UAE, Israel, Saudi Arabia and Egypt will discourage Greece from making problematic decisions. That is why Athens needs to interpret changes in the balance of power accurately.

At this time, Pashinian appears to have interpreted the regional state of affairs correctly. Despite losing the Second Karabakh War, he was able to get reelected and managed to position himself as the best candidate for Armenia’s future. Having emerged as the West’s top choice and Moscow’s preferred counterpart, Pashinian now must curb the Armenian diaspora’s negative impact and strike a balance between the West and Russia. Of course, Pashinian wants to alleviate the Armenian people’s discomfort (caused by their defeat) by breaking his country’s diplomatic and commercial isolation, and by improving living standards. The only way to get there is to make peace with Azerbaijan and to normalize relations with Turkey.

As charter flights to Yerevan begin, opening the Zangezur corridor and resuming commercial relations are on the table. Regional consultations, which began on Dec. 10, are key to regional states addressing their own problems. Georgia’s absence in the first meeting was a notable problem, but regional integration in the Caucasus could happen in the long term if that issue is resolved. Although Iran remains unhappy with Turkey’s growing influence over the region, it won’t object to the normalization process.

A “window of opportunity” has been opened in the Caucasus. Let’s see how things will unfold.