9 a.m. – which lie can I spread about Turkey today? 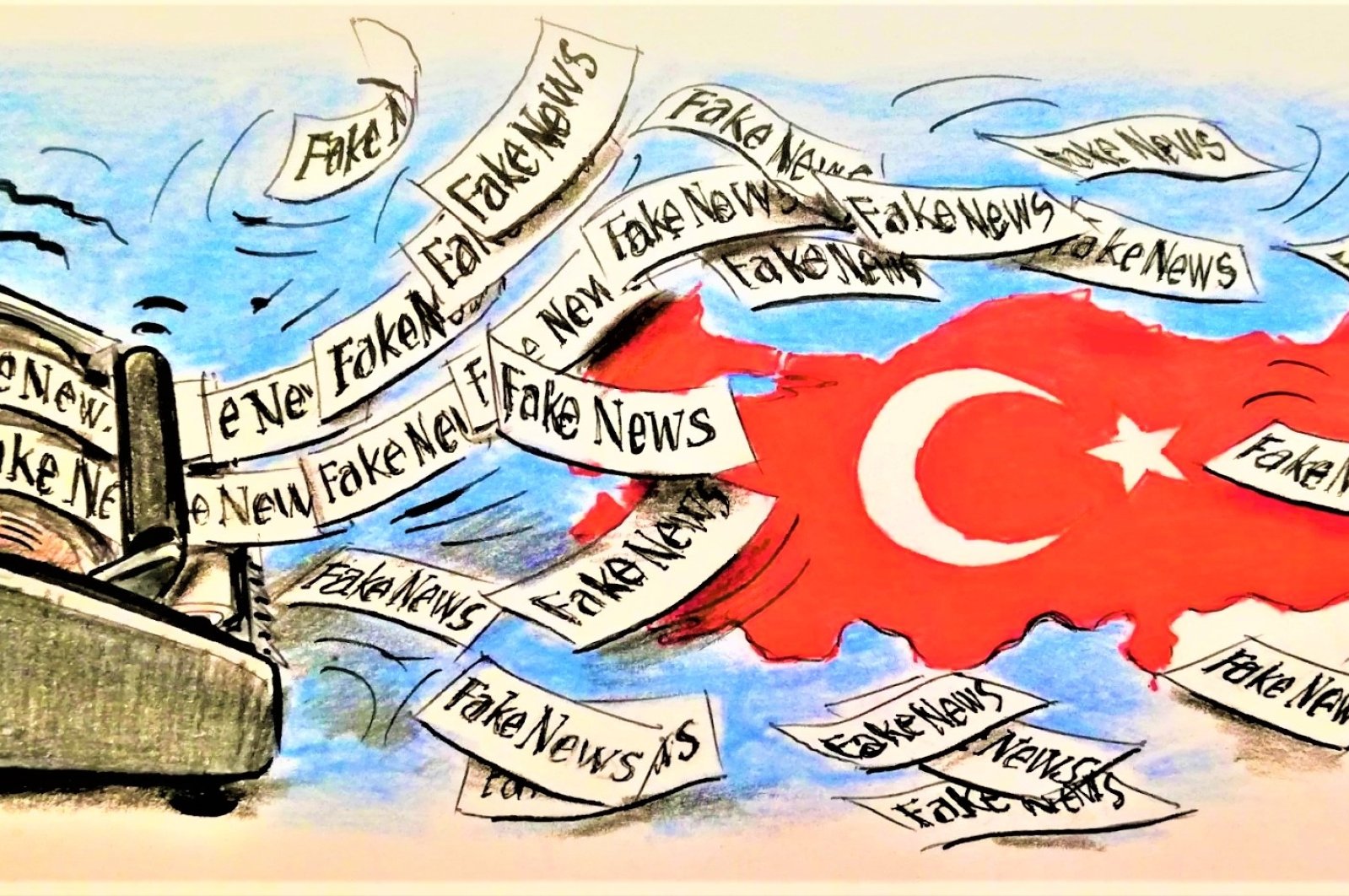 With friends like these who needs enemies? The friends in question: Self-appointed overseas commentators of various descriptions who try and create the impression that they "know" modern Turkish democracy yet belittle it as null and void whenever possible. These spectators must lead a dull life indeed.

At 9 o'clock in the morning, the first thing that comes to their minds: Which lie can we disseminate about Turkey today? At 9 o'clock in the evening, they are still at it: The terrorists trying to destroy Turkey are actually good men, let's post something online in their favor.

But there is positive news: With each step, their deliberate attempts to tarnish the Republic of Turkey are exposed. Sometimes acting alone, as it is proving more and more cumbersome to follow the web of slander without losing the contextual plot, at other times with those whom they actually promote and attempt to rescue.

The example of the latter scenario occurred only a few days ago. One of the Turkey bashers' current source of satisfaction – the Peoples' Democratic Party (HDP) – rightfully faced being closed down over allegations of actively supporting the outlawed PKK terrorist organization, which in itself is no "party" but a terrorist clan.

Other fake news picks range from "Turkey’s economy in turmoil" exactly at a point in time when leading agencies and financial institutions project stellar growth of up to 6.7% already for the year 2021, as reflected by Fitch Ratings only last week. Then we hear arguments that Turkish democracy is sliding toward authoritarianism just as the government embarks on drafting the first fully civilian constitution without any resemblance to the previous military junta (silently supported by "the West") inspired coup versions.

A further eye-opener: As French President Emmanuel Macron continues to push for Europe to establish closer relations with President Vladimir Putin’s Russia and as Germany does not back down to the threat of American sanctions with regards to the Nord Stream 2 natural gas pipeline, Turkey bashers declare Ankara has turned away from the West and prefers to cooperate with Moscow instead of Brussels.

The situation is like the sad script of a box office flop, but it is a sobering reality. These are mostly educated men and women, some of whom are even elected members of one parliament or another; others are leading academics in their respective fields or top journalists at influential media institutions. So why would they shelve each and every aspect of due professional diligence and copy/paste remarks from dubious sources?

The answer: They do it deliberately with a purpose. The goal: To turn back the clocks to when Turkey did what the West told it to do, to the pre-full democracy era that started early in the new millennium, to when Turkey was only allowed to produce cheap supply chain parts instead of manufacturing complete world-class top end products, not even becoming a global financial hub and marketplace. Afraid of a strong and prosperous Turkey? You bet!

The remedy: Turkey must embark on a pro-active information and lobbying campaign to challenge Turkey bashers from within for one thing but exposing their blatant lies and slander on their home turf abroad may prove a more promising strategy.

Let us take a closer look at two intertwined statements made in the past couple of weeks aimed at turning the ill-fated tide and starting the (overseas) offensive so to speak; one from the Turkish government, the other from a private international business intent on telling a global audience the truth.

Addressing the opening ceremony of the Digital World Workshop of the Anadolu Publishers Association held in Istanbul on March 6, 2021, Altun announced that disinformation originating from inside and outside the country is a national security issue, stressing the word "abroad."

Talking about "digital fascism," Altun questioned double standards of global (online) enterprises as both the Gülenist Terror Group (FETÖ) and PKK ring leaders are able to spread their messages via social media networks.

In a shocking revelation, he then said, "When our country requested the accounts affiliated with the terrorist organizations to be removed, it is accused of authoritativeness and not respecting the freedom of expression."

Altun thus shed light on an alarming trend overseas. Face-to-face verbal communication and interviews promote lies about the reality on the ground in Turkey in terms of its modernization process and fight against terrorism, and the internet has become an unregulated platform for (mis-) users based overseas who are intent on tarnishing Turkey's image. This actuality must be treated as an issue of national concern and security, a crystal clear and extremely timely message.

Terrorism is not the only real physical threat to the Turkish public and nation. The Turkey bashers are intent on destroying the country’s reputation on all fronts, including the economy, and thus attracting foreign investment.

Hence and our second set of quotes: Still not receiving the media attention they deserve, there are more and more voices out there overseas who clearly demonstrate an interest in modern Turkey and its further welfare who do not shy away from commenting on areas Turkey could focus on more. This is the exact opposite of the self-proclaimed friends of Turkey who in all honesty more often than not side with the nation’s core enemies.

"There is a lack of understanding about where Turkey is going particularly when it comes to business, the economy and relationship with global finance. Even though the country has had a lot to deal with in recent years – and plays a critical role internationally and regionally – this has had an impact on the perception of the country and not always in a positive way. Changing this requires a positioning strategy which for Turkey, its businesses and financial markets is about communication, strategic economic and investor relations to build greater international standing. This is because – and countries forget this all the time – there is no shortage of countries wanting foreign investment. The question political leaders in all countries have to answer is: Do you want an economy and reputation viewed like a Ferrari – innovative, relevant, exciting, valuable and desirable – or stumble on less understood, less definitive policies and with a poor perception?"

Whether it be individual defamatory comments or the systematic spreading of lies, the result is negative mainstream news about Turkey unless editors and stakeholders employ due diligence first.

There is the political dimension and then there is the economic perception dimension. Reading between the lines of both Altun and Quartly-Janeiro, Turkey would need to address these issues on all fronts, countering them by pro-actively creating ‘true’ news instead of accepting the ‘fake’ news being circulated, if need be with criminalizing the spread of lies intent on harming Turkey’s welfare.

If both leading government personalities at home and communications and investor relations experts abroad agree, then the time to get going is now, lobbying-wise.

By doing so, Turkey could maybe at the same time put an end to the ludicrously stupid, absolutely insulting and above all else terrorist-based and violence-promoting PR campaigns. A recent example of this would be the costly PR campaign that ran in 10 British newspapers promoting imprisoned PKK terrorist organization leader Abdullah Öcalan, launched in the United Kingdom by a large number of trade unions affiliated with the nation's Trade Unions Congress (TUC). If this is not inciting hatred in society on behalf of known terrorists, then what is?

The European and American public, respectively, are not anti-Turkey. Shady circles try to create the impression that they are by infiltrating media and online platforms as well as certain political parties.

The European and American public simply do not have enough access to fair and truthful news about Turkey, which negatively impacts the perception of the nation overseas. Let us change this.