9/11 changed the Netherlands, not Geert Wilders 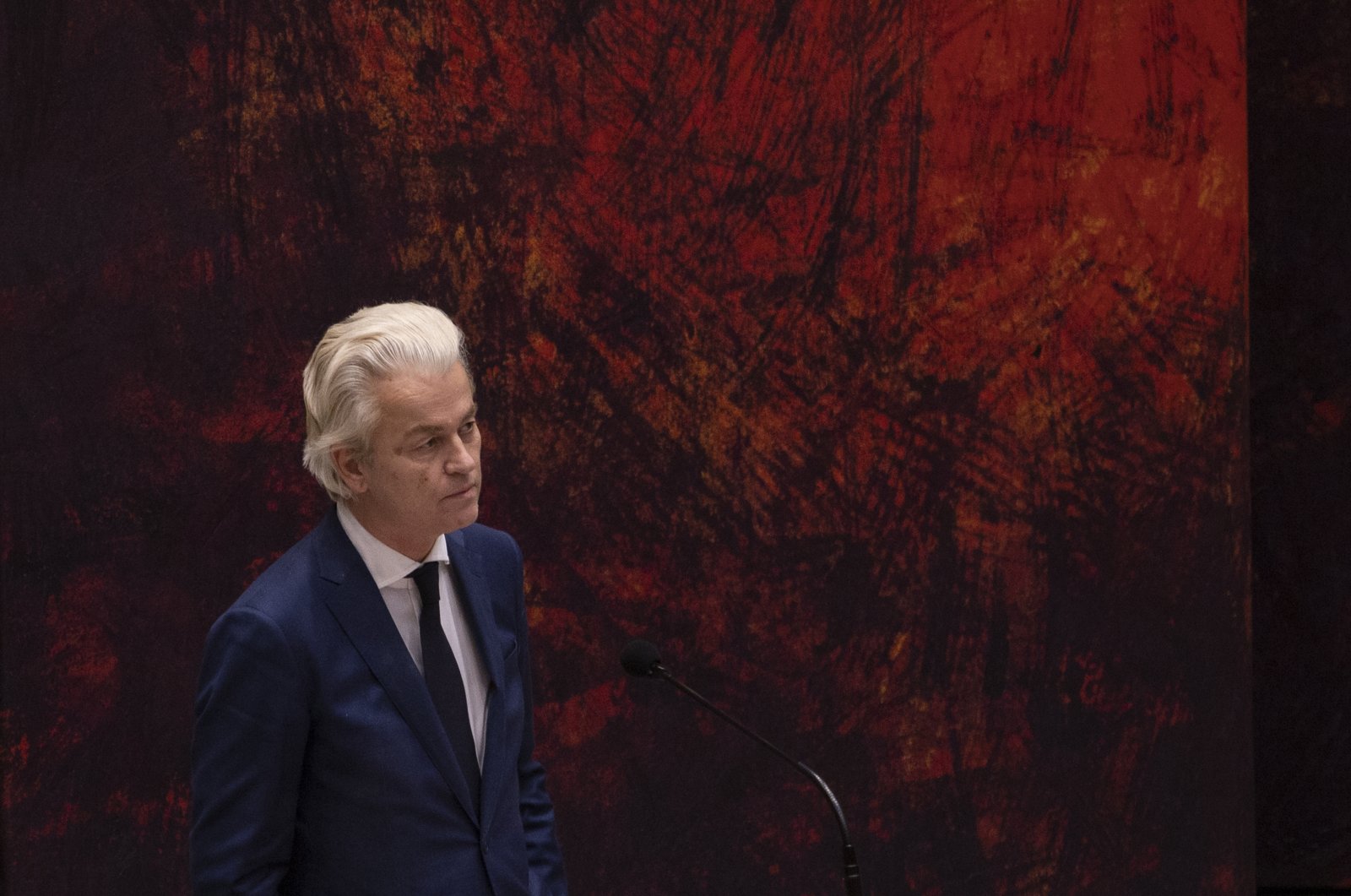 Confusion was the order of the day on Sept. 11, 2001, as Dutch radio and television commentators tried to come to terms with what was unfolding across the Atlantic. "There are four more planes in the sky." As a matter of fact, no one knew for sure; people at work, in their cars, or at home tried to catch up with developments minute by minute, hour after hour.

A look around on Amsterdam’s busy Leidsestraat would see people of all walks of life standing packed close to each other as shops and restaurants opened their windows and doors so that live broadcasts could be heard and shared by everyone out and about.

Correct, it was already the age of 24/7 mobile phone usage but as a reminder, to our younger readers, most citizens’ devices were still without video streaming or permanent internet indeed.

This cosmopolitan and multicultural metropolis stood united in figuring out what was going on and once more details emerged and it became clear it had been a terrorist attack of previously unseen proportions – 9/11 was immediately declared an attack on not just America, but an attack on Amsterdam, the Netherlands, the entire free world, too.

Yet mourning and sadness – and perhaps all too quickly – gave way to asking the crucial question: Who did it? And exactly at this juncture between realizing the extent of the horrors and murders and brutality that had just occurred and analyzing the potential underlying reasons people on the street, as well as elected officeholders, made serious mistakes. Not just in central Amsterdam or The Hague, not just in Berlin or Barcelona – almost everywhere.

Still, on location and the day after on Sept. 12, the public mood began to shift dramatically. As workplaces across the city are multiethnic per default, shops are usually filled with customers from all around the globe, and English is basically the country’s second language, internationalism was no cliche but much cherished everyday reality. Or so it had seemed.

Comments such as "the Arabs did it," were not spoken out loud but often whispered among colleagues and friends, and were often overheard by bystanders.

One could almost sense the suspicion aimed at fellow residents or visitors who "look foreign." Speakers of non-European languages would keep to themselves. These things were not mentioned in the mainstream media of course, they could only be experienced personally on the ground.

Matters soon got out of hand as even landlords started inquiring over the phone whether a prospective tenant is "original Dutch" and previously happy customers at "foreign cuisine" restaurants would often change their preference. Some formerly packed eateries would struggle to fill their tables if any at all.

There was no media witch-hunt as such; what happened instead was a steadily growing uneasiness whilst being in the company of "foreign-looking" people.

Some went so far as to wonder whether another attack could take place over here too, whether another set of terrorists were waiting in the suburbs to strike at any minute.

Then some others would blatantly ask citizens originally hailing from Afghanistan or Pakistan, "Pakistan is behind 9/11, right?" indirectly labeling all people from these backgrounds as terrorists.

Geert Wilders did not enter politics as a result of 9/11. Ironically he was rather silent initially, possibly wondering which direction to take in politics to suit his aspirations best.

Although already shielded by armed bodyguards since 2004 it was not until two years later in 2006 that he formed his Party for Freedom (PVV). At certain points in his career, he declared his intention to one day become the Dutch prime minister and the PVV fared remarkably well at a number of local and national elections.

It was not until nine years after 9/11 that Wilders actually spoke up about the terrorist attack on the occasion of demonstrating against a planned Islamic Cultural Center in New York City.

Quoted in Middle East Online on Sept. 12, 2010, Wilders said "America, New York and Sharia are incompatible. New York stands for freedom," as well as "we must never give a free hand to those who want to subjugate us ... draw this line so that New York will never become New Mecca," ("Dutch anti-Islam MP addresses NY mosque rally").

Here Wilders showed his real face: instead of mourning the victims and healing society he openly selects one particular religious background as the mother of all evil and clearly incites hatred in society.

The trouble with these confrontational comments made in New York was that Wilders had started to misuse Islam as a tool to declare the entire Muslim world as being unwanted, dangerous and not fit for coexisting back home as well. His roadmap: make the Netherlands Islam-free.

In hindsight, all this sounds easy of course. If we had done things differently, a politician like Wilders would probably never have become the household name he is today.

The Dutch society did not turn anti-Islam because it had always been the game-plan. The Dutch society turned anti-multiculturalism at least in parts as their elected leaders forgot to explain to them the immense benefits of living in a multi-faith, multi-background accepting society.

The moment Wilders started to abuse Islam as a tool for his cheap political verbal warfare all democratic forces should have spoken up as loud and as distinctive as Wilders himself yet in the name of democracy, not further inciting hatred.

The Dutch society panicked in the aftermath of 9/11 as did everyone else and understandably so. Yet the Netherlands was not a rudderless country without democratic institutions solidly in place.

The rise of populism was perhaps not automatically foreseeable but eventually became clearly visible.

No one should blame the fact that Wilders has found a national political platform as this is what democracy is all about. Yet when that very democracy is attacked from within it must react instead of sitting idle.

Wilders did not change the Dutch society as he is simply one of its products, a sign of the times so to speak. The wrong approach by all democratically inclined political forces to continuously explain why multiculturalism is the answer and not the problem is the reason.

The Netherlands is a warm, wonderful, modern and diverse nation welcoming the entire world. Wilders saying "stop Islam, stop Ramadan" does not represent the Netherlands and is not the Dutch way at all.

Unfortunately, the Dutch democracy if it were a person needs to have another coming of age before it is too late. Extreme and far-right movements all across Europe try to cash in on the lukewarm reactions by the so-called establishment.

But be warned, allowing extreme and far-right leaders to position themselves as the democratic alternative might just as well lead to its very demise.