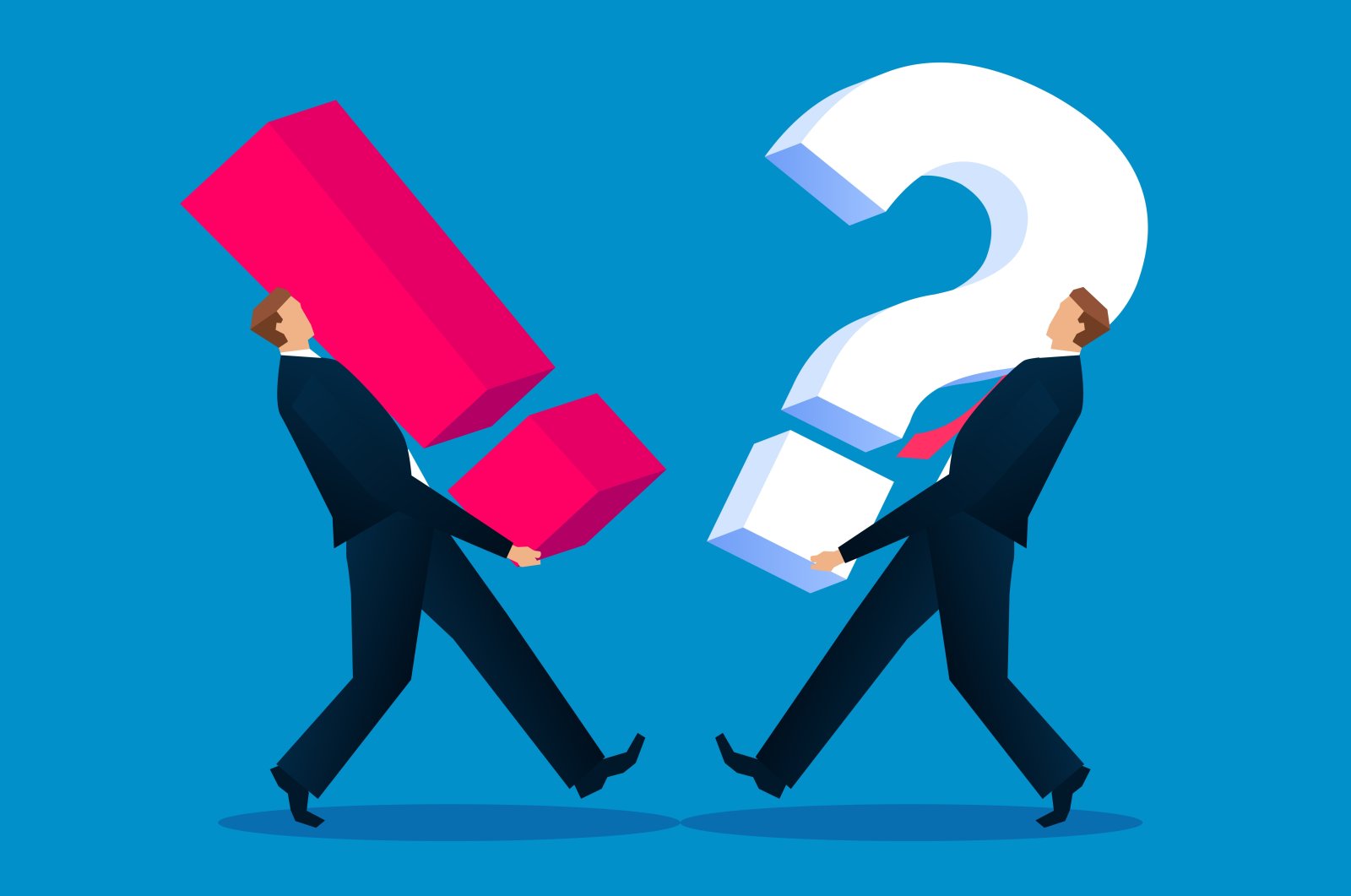 On the road to normalization in the Caucasus, the construction of the Zangezur corridor plays a vital role

One year after the 44-day war between Azerbaijan and Armenia, diplomatic negotiations must speed up to solve the problems that remain. In this regard, the summit on the framework of the European Union Eastern Partnership held on Dec. 15 in Brussels between the leaders of Armenia and Azerbaijan was significant. Before the summit, the president of the European Council, Charles Michel, held a trilateral meeting with Azerbaijani President Ilham Aliyev and Armenian Prime Minister Nikol Pashinian. At the end of the meeting, Michel announced that the parties had made important decisions. The decision to build a railway in the Zangezur corridor was the most remarkable one. Making this decision in Brussels was an important development as it demonstrates the EU's support for the corridor, which is accepted as a milestone on the journey to normalization in the South Caucasus.

According to Article 9 of the declaration announced on Nov. 10, a decision was made to open regional transportation and communication lines. For this purpose, in Moscow on Jan. 11, it was decided to establish a commission of the three countries at the deputy prime minister level and, as of March 1, this commission started its meetings. However, before the general elections held in Armenia on June 20, Armenia withdrew from a commission meeting because the opposition had provoked unrest within Armenia on this issue.

Despite Armenia’s withdrawal from the tripartite commission, Russia continued the process at the level of bilateral relations with the parties. In fact, at a time when relations between Azerbaijan and Armenia were tense, news spread that Armenia had leased the land in the area where the Zangezur corridor will be built to a Russian company. As a result, after the general elections in Armenia, the negotiations of the commission gradually restarted.

Why was the corridor delayed?

Although the final decision on the railway that will pass through the Zangezur corridor was made in Brussels, there are still differences between the parties on the two issues. The first is the corridor’s legal status, while the second is the construction of a highway through the corridor.

The opening of a transportation route between Azerbaijan and the Nakhchivan region was included in Article 9 of the tripartite. The declaration states that, "The Republic of Armenia guarantees the safety of transport links between the western regions of the Republic of Azerbaijan and the Nakhchivan Autonomous Republic in order to organize the unhindered movement of citizens, vehicles and goods in both directions." Based on the principle of unhindered movement of citizens, vehicles and goods in both directions, which Armenia has also signed up for, Azerbaijan advocates that the railway and highway routes be built in the Zangezur corridor should be uncontrolled, that is, without customs checks. Although Armenia has ignored the principles that were set out in the trilateral statement up until now, Azerbaijan has nevertheless not blocked negotiations. However, Aliyev, who met with NATO Secretary-General Jens Stoltenberg in Brussels, reminded Armenia of an important principle of international law – reciprocity, announcing that Azerbaijan will also establish customs checks in the Lachin corridor if Armenia violates Article 9 and imposes customs restrictions. Nevertheless, in the statement made by Michel, it was agreed to proceed with the restoration of railway lines, with appropriate arrangements for border and customs controls based on the principle of reciprocity.

Besides, the Azerbaijani side advocates that the highway link between the Azerbaijan main territory and Nakhchivan should pass through the Zangilan-Mehri-Ordubad region parallel to the Armenia-Iran border because the geographical conditions are suitable. Armenia, on the other hand, has proposed the Lachin-Sisian-Shahbuz road, for which the geographical conditions are unsuitable. In other words, although it would be possible to invest money here, due to weather conditions this road will not be efficient in the future. It is thought that Armenia deliberately offered this alternative route.

As the Zangezur corridor is an important part of the East-West transportation routes, it is attracting the attention of many powers and parties pursuing their own policies in this regard. It can be observed that the Zangezur corridor has been the focus of attention for five actors: Turkey, Russia, the EU, Iran and the Organization of Turkic States.

The corridor is significant for Turkey for several reasons. First, it will help maintain regional peace, and the revival of trade and economic projects in the regions adjacent to it will make a significant contribution to Turkey’s economy. Second, it can create opportunities for the normalization of relations with Armenia. Third, it will provide an alternative transportation connection with its ally Azerbaijan. Therefore, Turkey fully supports the Zangezur corridor.

The corridor is an important part of the middle corridor linking Turkey, the South Caucasus and Central Asia. This route offers the opportunity to develop cooperation in the fields of trade and economy among the member states of the Organization of Turkic States. For this reason, the Organization of Turkic States supported the Zangezur corridor in the declaration it issued at its most recent summit in Istanbul.

Russia is in favor of opening transportation and communication links in the region, including the Zangezur corridor. The opening of these routes will serve the development of relations between the states of the region and Russia, and will also establish alternative links between Armenia and Russia. In particular, the construction of the corridor will provide a rival to the South-North transportation route that will extend from the Persian Gulf to the Black Sea and Europe. The South-North route may also become a natural gas link in the future, which could provide competition to Russia in the European gas market. Therefore, the discussions about the opening of the Zangezur corridor and regional transportation links are compatible with Russia’s regional policy. As a result, one of the reasons why there has recently been harmony in the region among Turkey, Azerbaijan and Russia is the overlap of their policies on transportation and communication lines.

Iran’s policy on this issue can be discussed in terms of two different periods. Just after the most recent presidential elections, Iran began to oppose the Zangezur corridor because of the idea that it would cut off its connection with the South Caucasus. Even though Aliyev announced several times that Iran could also benefit from this corridor, the Iranian side did not take this into account. However, at the Organisation for Economic Co-operation and Development (OECD) Ashgabat summit, participants observed that Iran’s attitude has changed in this direction. This is, in fact, due to Turkey and Russia’s support for the corridor.

At the time when these discussions were ongoing, India’s Foreign Minister Subrahmanyam Jaishankar acknowledged the starting point of the South-North corridor and visited Armenia to discuss the issue. He discussed the construction of the international North-South corridor with the inclusion of Iran's Chabahar Port. This idea was liked by many Armenian experts and politicians – but they did not sign any agreement on the proposal.

That being the case, the greatest reservations against the Zangezur corridor were expressed by the EU. First, at the time when the corridor was a subject of active negotiation, the bloc came to the table to allocate $2.6 billion to Armenia. Of this aid, $600 million was allocated for the construction of the most difficult part of the South-North corridor, which is seen as a rival to the Zangezur corridor. In fact, the South-North corridor has been under construction since 2012, but it could not be realized owing to a lack of financial support, and the EU’s help came against such a background. In contrast, since the collapse of the Soviet Union, the EU has always supported an East-West corridor, including the Transport Corridor Europe Caucasus Asia (TRACECA) initiative. The EU countries have invested millions of dollars to connect East and West via the South Caucasus. Nevertheless, at the meeting in Brussels, the Zangezur corridor was supported by the EU.

Despite some reservations from domestic opposition groups and outside players, there is now support for the Zangezur corridor in Sochi and in Brussels. In the same period, Turkey has appointed a special representative for the normalization of relations with Armenia. Opening the corridor will also lead to the opening of the Kars-Gyumri (Gümrü) Railway between Armenia and Turkey. Thus, the Zangezur corridor is one of the main conditions for normalizing Turkish-Armenian relations. And without the normalization of its relations with Turkey and Azerbaijan, Armenia has no future.