German Greens and their path to power 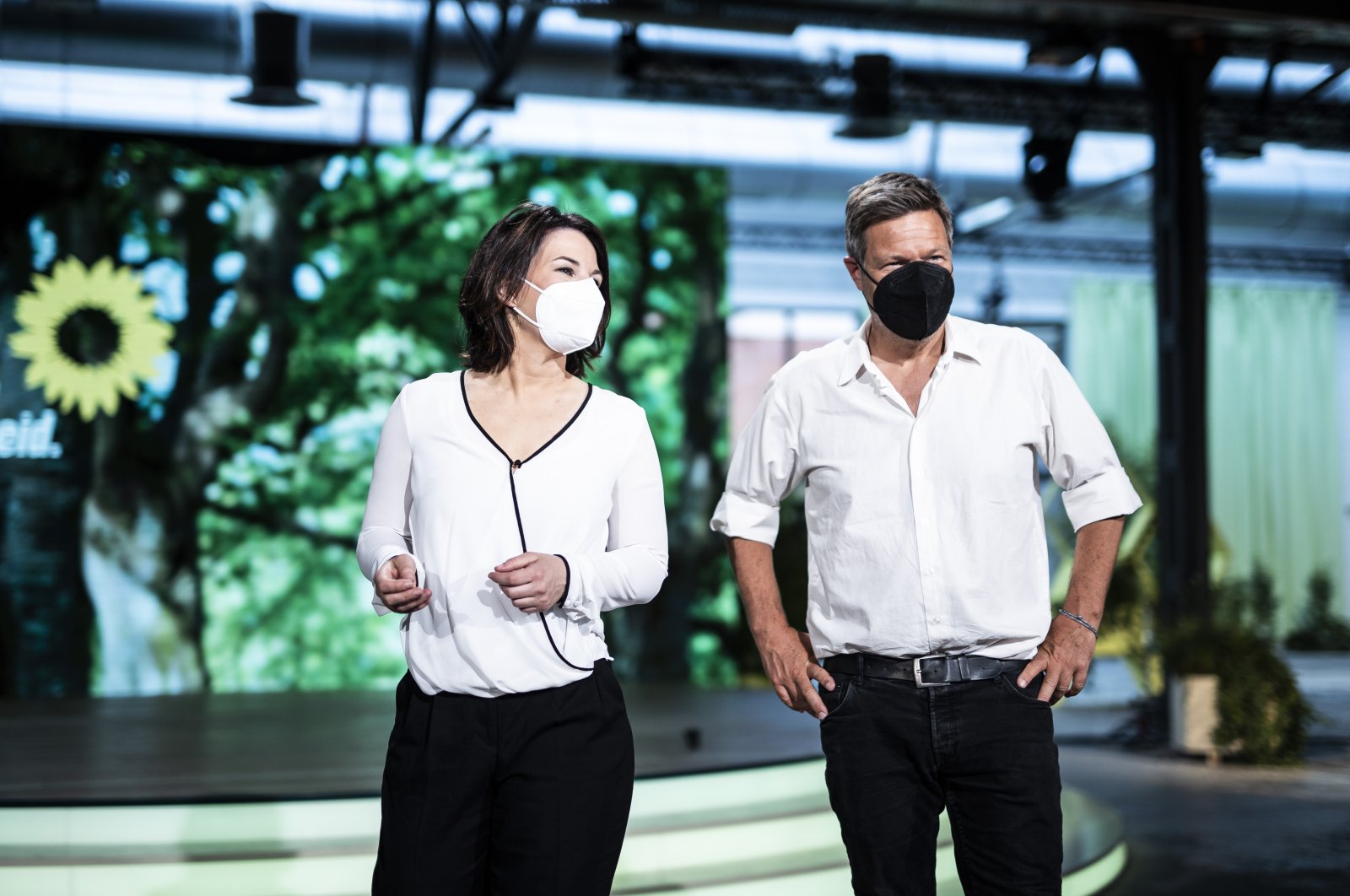 In Germany, the Green party will most likely participate in the formation of a government in the upcoming legislative period. However, in their rise, the actions of the Greens that contradict the party's principles are becoming clear.

Annalena Baerbock's candidacy for chancellor came as a surprise to most, as a candidacy of the far more popular Robert Habeck, the co-chair of the Greens, had been expected. However, Baerbock's choice turned out to be a bull’s eye.

However, during this undisputed strong upswing, weaknesses of the Greens have also become apparent.

Last week, after his visit to Ukraine, Habeck had demanded that Germany should send weapons to the crisis area to support the government there. This caused a lot of uproar inside and outside the party, as the Greens' basic principles reject the delivery of weapons to other countries.

Former Green party leader Jürgen Trittin has testified that the rejection of arms exports is anchored in the basic principles of the Greens and therefore Habeck's statement is very problematic.

He said that one should not focus on a military solution but on a political one. Sevim Dağdelen, a member of the Left Party, criticized Habeck for putting the security of Germany and Europe at risk.

Despite the criticism of Habeck, Baerbock, the candidate for chancellor, did not contradict the statements of the co-party leader. In the TV program "Maischberger," Baerbock claimed that Habeck's statements did not refer to defensive weapons and arms deliveries.

However, Habeck confirmed his statement again in his second interview on Deutschlandfunk. He also went on to say that Ukraine should not be left alone in terms of security policy.

Baerbock's denial of Habeck's statements thus brought to light problems within the Greens, as there seems to be a lack of consensus within the party's leadership.

Further discord within the Greens was caused by the Green politician and mayor of the city Tübingen Boris Palmer.

The reason given was that racism was not compatible with the principles of the Greens. However, it should be pointed out that Palmer had already attracted negative attention before this incident.

In May 2020, during the early phase of the coronavirus crisis, when the number of cases rose rapidly, the mayor had caused a big outcry with a controversial statement about saving people who would "die in half a year anyway."

Even before that, Palmer had repeatedly caused a stir with statements against people with a migration background.

In 2018, for example, Palmer claimed that there would be an increase in fare evasion among refugees. The state-funded Deutsche Bahn had declared this statistic to be false.

With regard to the current expulsion proceedings against Palmer and his recent past, one can certainly ask why the Greens did not take action against the mayor earlier.

The initiation of the expulsion proceedings shortly before the elections diminishes the credibility of the Greens with regard to their fundamental principles.

At a meeting in support of Israel's Middle East policy against the Palestinians, Cem Özdemir quoted former Israeli Prime Minister Golda Meir. The quote reads as follows: "Peace will only come when the Arabs love their children more than they hate us (Jews)."

With this obviously racist quote, Özdemir had caused much turmoil. While there was no criticism from his party, but even support, such as that from former Green party politician Volker Beck, was sharply criticized on social media.

Furthermore, Özdemir was asked to apologize for the use of this quote, as this statement discriminates against citizens of Arab origin. However, Özdemir did not deal with this criticism constructively, but tried to defame critics from a wide range of political camps as "(Turkey's President Recep Tayyip) Erdoğan trolls."

The cases of Özdemir and Palmer show that the Greens are not consistent with their basic principles, in this case, tolerance toward citizens with a migrant past.

A similar case could be observed in the SPD's Thilo Sarrazin case. Sarrazin had caused a great stir with his controversial theses in his published books. In particular, he was sharply criticized for his bestselling book "Deutschland schafft sich ab" ("Germany is abolishing itself").

Despite this criticism, it took a very long time for the SPD to act in a consistent manner and initiate expulsion proceedings against Sarrazin.

The Greens, together with the CDU, voted on May 19 as the state government of Hesse to maintain the closure of the National Socialist Underground (NSU) files.

The files contain important information about Halit Yozgat, who was murdered by the NSU terrorist group in 2006. The state government argued that the files should be closed in order to protect certain people.

However, in the NSU files, all names have been redacted. The SPD, the Left Party and the FDP accuse the Greens of double-dealing and further state that this decision is "a slap in the face" with regard to the fight against racism and the clarification of the NSU case.

SPD politician Günter Rudolph accused the Greens of hypocrisy, saying that the Greens in Berlin would plead for the disclosure of the reports, but the state government in Hesse had decided against it.

SPD General Secretary Lars Klingsbeil, in addition to his disappointment, went on to say that Baerbock should have intervened and changed the Greens' minds. However, she had withdrawn from her responsibility.

The leader of the Left Party, Janine Wissler, expressed her disagreement by saying that this would not protect anyone but rather cover up the failure of the Federal Office to ensure the protection of the constitution.

The FDP lawmaker Stefan Müller criticized that this decision would make it difficult to instill trust. All three parties had previously underlined the importance of revealing the NSU files, as general trust in the constitutional state had also been lost with the NSU case.

The highlighted cases show that the Greens repeatedly come into conflict with their actions and their own principles. Especially in the last weeks and months, since the rapid upswing in the polls, one can see clear contradictions within the party.

This development basically shows that the Greens are willing to act against their own values and principles in order to present themselves as fit for government. This populist behavior leads to a loss of credibility for the party, and as a result, citizens cannot trust the Greens.