Israel or the US? Who decides in the end? 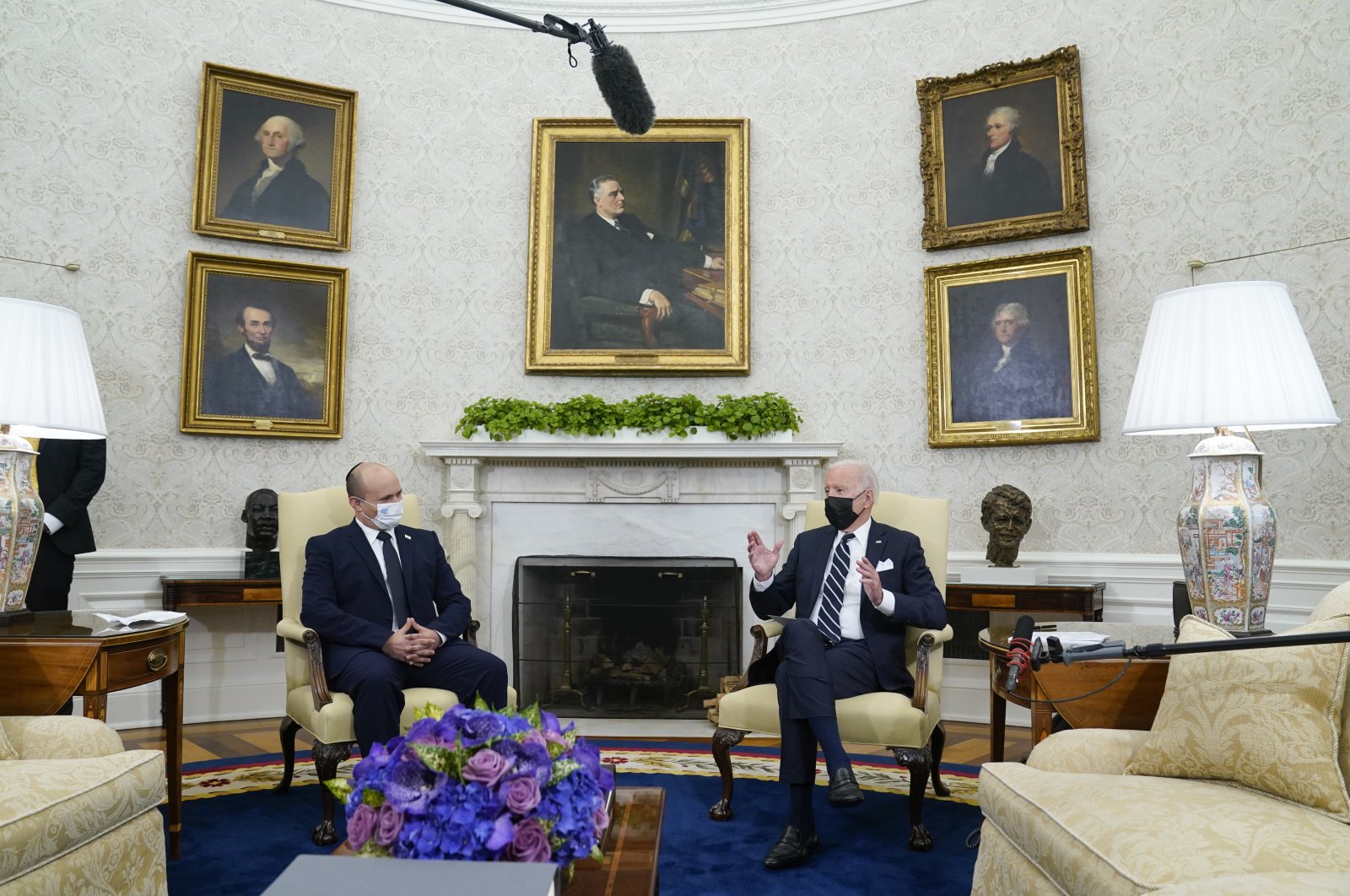 Israeli Prime Minister Naftali Bennett said that, under his government, "there is no place for a Palestinian Consulate in Jerusalem," emphasizing that "Jerusalem is the capital of one state, the State of Israel, period." The prime minister's words on several other occasions also confirm that Israel is opposed to the reopening of the United States Consulate for Palestinians in Jerusalem.

U.S. President Joe Biden, meanwhile, pledged to reopen the U.S.’ former Jerusalem Consulate that had historically served the Palestinians and was closed by former President Donald Trump. The U.S. sought Israel’s permission to reopen its consulate in the city and Israel, as expected, expressed its rejection of the move, seeing it as a challenge to its claims that Jerusalem is the undivided capital of Israel – a claim that is not recognized by the international community. In a controversial move that broke with decades of official U.S. policy in 2019, Trump closed the consulate, which has traditionally been a base for diplomatic outreach to the Palestinians, and merged it with the U.S. Embassy after moving it from Tel Aviv to Jerusalem.

The consulate however remains closed as there's staunch opposition from Israeli officials, who vowed they would do all they could to stop the U.S. move. The issue is one of several recent points of friction between Tel Aviv and Washington when it comes to Israel’s illegal occupation of the Palestinian territories. The Biden administration is walking a tightrope on the issue since it is serious about reopening the consulate, but also wants to “preserve” the current fragile Israeli government and keep it intact.

For years, the questions of U.S. diplomatic representation in Israel and the recognition of Israel's claim to Jerusalem have been a constant, though rarely acute, thorn in the side of the U.S.-Israeli relationship. The issue of Jerusalem itself remains an amalgam of several interrelated problems. First is de jure recognition of Israeli sovereignty over any part of Jerusalem – the U.S. does not, technically, recognize any part of the city as sovereign Israeli territory, east or west. The second is the recognition, of any sort, of Israeli sovereignty over that portion of the city captured in 1967 and subsequently declared Israel's "united and eternal capital." Thirdly, it is the recognition of the expansion of Jerusalem's municipal boundaries in all directions over the past 35 years. The other problem is the establishment of a U.S. Embassy to Israel somewhere inside the city. Successive administrations, both Republican and Democrat, all declared that any move by Washington on any of these issues could destroy any future peace process.

The American diplomatic presence in Jerusalem has been unbroken since 1857. J. Warren Gorham, a Boston physician, was appointed by then U.S. President Franklin Pierce as the U.S. consul in Jerusalem. It was at the time a city within the Ottoman Empire. After the founding of the State of Israel, the U.S. established its embassy to Israel in Tel Aviv in 1949, while the U.S. consulate remained in Jerusalem. The United Nations General Assembly (UNGA) Resolution 181, adopted in November 1947, which called for partitioning Palestine into two states against the wishes of its majority indigenous Palestinian population, called also for Jerusalem to be administered as an international city under the auspices of the U.N. However, this provision, like the partition plan as a whole, was never implemented. Instead, Israel and Jordan signed an armistice agreement in April 1949, which divided the city into an Israeli-controlled western portion and a Jordanian-controlled eastern portion. The U.S. Consulate General in Jerusalem fell under the portion of the city controlled by Israel, effectively severing the link between the U.S. and Palestinians in what came to be known as the West Bank, which was annexed by Jordan in 1950. In 1952, the U.S. leased a building for consular services in East Jerusalem to reestablish this relationship.

During the 1967 Six-Day War, Israel captured the eastern part of Jerusalem, which was under Jordanian control at the time, and proceeded to effectively annex it by extending Israeli law, bringing it directly under its jurisdiction in breach of international law. In 1980, Israel passed the "Jerusalem Law," stating that "Jerusalem, complete and united, is the capital of Israel," thereby formalizing its annexation of East Jerusalem.

In response, the U.N. Security Council (UNSC) passed Resolution 478 in 1980, declaring the law “null and void.” The illegal Israeli annexation of East Jerusalem violates several principles under international law, which outlines that an occupying power does not have sovereignty in the territory it occupies. After Israel began this military occupation, all U.S. diplomatic buildings in Jerusalem were “under the authority of the U.S. consul general,” who headed “an independent U.S. mission that is the official diplomatic representation of the U.S. in Jerusalem, the West Bank and Gaza.”

For more than half a century, until its closing in March 2019, the U.S. Consulate in Jerusalem functioned as a direct diplomatic conduit between the U.S. and Palestinians living under the Israeli military occupation. The consulate general reported directly to the Department of State and was not a subsidiary of the U.S. Embassy to Israel.

This relationship was upended by the Trump administration’s December 2017 decision to recognize Jerusalem as Israel’s capital and to move the U.S. Embassy there, reversing long years of bipartisan U.S. policy of nonrecognition of sovereign claims to the city, defying decades of U.N. resolutions and undermining the international law prohibition against acquiring territory through the use of force.

As part of this process, former U.S. Secretary of State Mike Pompeo announced in October 2018 that the U.S. Consulate in Jerusalem would be closed and its duties transferred to a new Palestinian Affairs Unit within the U.S. Embassy to Israel. This move was completed in March 2019, effectively subsuming and subordinating U.S.-Palestinian relations under the rubric of U.S.-Israeli bilateral ties.

Biden’s reopening of the U.S. Consulate in Jerusalem will be an important step in recreating a bilateral U.S.-Palestinian diplomatic relationship independent of the U.S. Embassy and will be a significant symbol of the U.S. commitment to a two-state solution to the Israeli and Palestinian conflict.

The question now is whether Biden will go through with its decision, demonstrate its full commitment to international law and use its “power” to reopen its consulate. Or, will it allow Israel to dictate where the U.S. should locate its diplomatic facilities and how it should conduct its diplomacy?