No hope on the horizon for Lebanon crisis 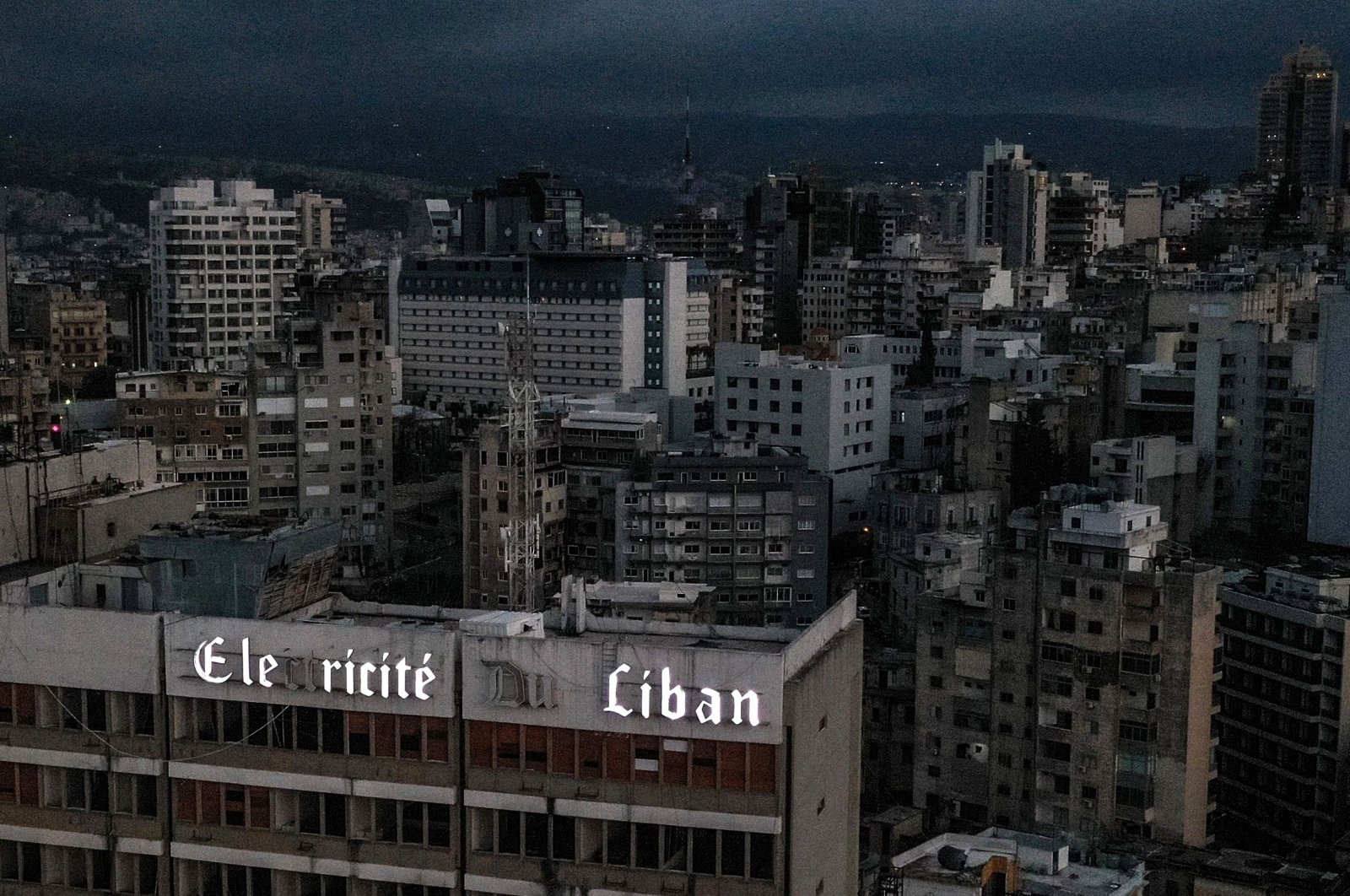 An aerial view of Beirut during a power outage, with the Electricite du Liban (Electricity Of Lebanon) company headquarters in the foreground, Beirut, Lebanon, April 3, 2021. (AFP Photo)
by Ferhat Tutkal Jul 14, 2021 12:05 am

The economic crisis in Lebanon is turning into a great tragedy. Surrounded by problems from all sides, the people of Lebanon are in despair

According to the World Bank, Lebanon's economic and financial crisis can be ranked among the top three most severe economic crises since the mid-19th century.

Lebanon suffers from hyperinflation and high unemployment. In many sectors, the crisis has deepened over time, and people have difficulties obtaining medicine, fuel and electricity. Also, the country has not managed to recover from the devastating Beirut Blast.

Although it has been almost one year, it is still possible to see damaged buildings near the port. The currency depreciated radically after the explosion, making an unfortunate historic record.

However, this is only a tiny part of the whole picture – Lebanon also has a crucial stability crisis. After the Blast in August 2020, the government resigned, and all attempts to re-form the government have failed. Caretaker Prime Minister Hassan Diab said: "Lebanon is a few days away from the social explosion. The Lebanese are facing this dark fate alone."

Before describing sectoral problems, it is important to mention the currency regime of Lebanon. Lebanon uses a fixed exchange rate regime with $1 = 1,507 Lebanese Lira. By the second half of 2019, the fixed exchange rate could not answer the market's demands and started to depreciate.

In only two years, it reached $1 = 18,000 in the black market. Also, U.S. dollar accounts of the people have been frozen, and only a limited amount of dollars can be withdrawn from banks at a semi-official exchange rate of $1 = 3,900. While savings are not accessible, currency depreciation deepens every day.

No electricity, no gas!

Electricity production in the country has significantly been affected by the blast. The official distribution is only enough for 2-4 hours of electricity a day. Public demand for electricity is almost entirely provided for by generators. However, generator suppliers are also suffering because of an increase in costs and demand.

The number of blackouts is continuously increasing, but some good news came in late June. A meeting was held between Turkish President Recep Tayyip Erdoğan and Lebanese Prime Minister-designate Saad Hariri in Istanbul. After the meeting, as a goodwill gesture, two power ships from a Turkish company responsible for almost a quarter of the energy supply turned on their generators and started to provide electricity to Lebanon again.

In addition to the electricity shortage, a fuel crisis arose. People have to wait for hours to get gasoline for their cars, and after the long wait, they can only get a few liters of gas. A black market for fuel has emerged because of this scarcity. Ordinary people are not able to obtain fuel for their cars, which causes transportation to become paralyzed.

In Beirut, it is almost possible to argue that public transportation does not exist. People have to use private taxis or their personal cars and motorcycles for transportation. There are no trams, metros or even proper bus stops in the city.

The fuel crisis has affected many sectors and worsened the current situation. People face various difficulties in even reaching their workplace or school. This crisis increased social unrest and caused numerous protests in the country.

Another critical problem is the country's medicine shortage. Lebanon owes more than $600 million to pharmaceutical suppliers and cannot afford to pay the debt. Karim Gebar, the head of Lebanon's Pharmaceutical Importers Association, stated that if the situation continues like that, the results will be catastrophic by the end of July.

Lebanon has a significant expat population. Lebanese expats are responsible for more than 10% of the GDP. When the summer arrived, the authorities expected the dollar inflow to skyrocket and provide a short relief. In addition, many Lebanese changed their vacation routine to domestic tourism rather than going abroad because of the economic crisis. However, the revival in domestic tourism and expected dollar inflow has not yet been realized.

Lebanese people feel despair toward this situation, and they do not believe that anything good will happen soon. The country suffers from a brain drain, and qualified people leave Lebanon for developed countries that offer a better life. Mass migration is also possible in the future if the crisis continues as it has. Such a situation may affect the balances in the region and cause other problems.

Lebanon has a type of religion-based political system called confessionalism. The power is shared among sectarians, and there are strict quotas in the numbers. The number of members of parliament is predetermined for each sect and position.

Since demographics are crucial in this way, politics is naturally shaped around sectarian relations. However, the economic crisis, poverty, hunger, corruption, shortage of basic needs and so on raised the demands for reform and change.

There are two major opinions for solving the political deadlock and ending the economic crisis. The first is not to change the current system of confessionalism but only rearrange the system. Many academics contribute to this view by suggesting how the system can be changed without causing insecurity among sectarian communities.

The second idea is to change the sectarian system entirely. Anti-sectarian movements among the youth are increasing. Many want to be represented without concerning their religion and seek to see non-sectarian political parties. They believe that clientelism and corruption are the results of this sectarian system.

Both views have points, but it is tough to solve the current crisis without international aid and support. Lebanese people are alone, and the few countries that do help them aim to push their own interests.

The international arena should support Lebanon and its government formation process. Also, humanitarian needs should be provided by friendly countries and international bodies. It should not be done because of national interests, but because of goodwill.

Obviously, growing instability and a volatile economy in Lebanon will negatively affect other countries in the region, a topic we will have to address in another article.