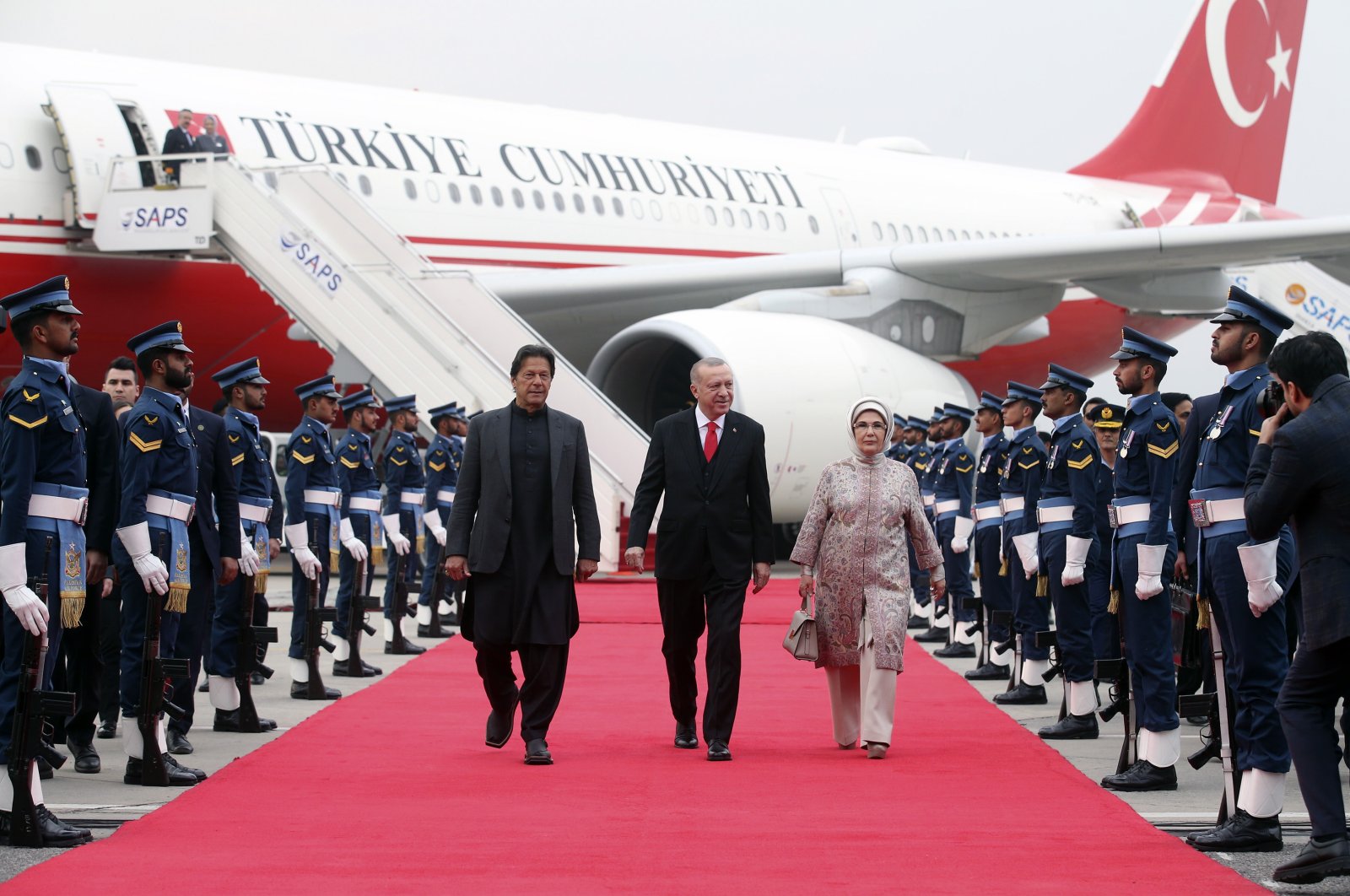 March 23 is Pakistan’s national day. On this day in 1940, Muslims of the subcontinent resolved to take on the struggle for a separate homeland in which they would be able to live according to their own ethos and their own genius.

March is also an important month for the people of Turkey, who commemorate the Çanakkale Victory on March 8, when the indomitable Turkish nation, under the heroic leadership of Mustafa Kemal Atatürk, turned the tide of rapacious imperialism unleashed against their country after World War I.

These two events, in geographically distant lands, in different time periods, are in reality not disconnected at all. The victory in Çanakkale was a signal to all oppressed people that they can not only dream of victory but also believe in it and achieve it. It particularly galvanized the Muslims of the subcontinent who were then languishing under Western imperialism and looking at the prospect of the unsympathetic majoritarian rule of another community once the colonizing power was gone.

The people of Pakistan are proud that their ancestors were able to contribute to the struggle of their Turkish brothers and sisters in the Turkish War of Independence. This set in motion a tradition of standing with each other that is the defining quality of Pakistan-Turkey relations. This tradition continues and is a proud legacy of every generation to the one following it.

While much has been said and written about the strong political ties and the tradition of extending support to each other on issues of core interest, economic cooperation and potential opportunities in this area have received comparatively less attention.

On this Pakistan Day, the messages coming out from Islamabad are centered on inclusive and cooperative approaches based on greater connectivity and geo-economic cooperation. As our region undergoes transformational changes, Pakistan is stepping forward and offering its geo-economic location for consolidating global and regional economic interests. And the traditionally excellent political relations between Pakistan and Turkey offer a unique opportunity to partner together to realize the fruits of this connectivity and focus on economic cooperation.

The geo-economic package offered by Pakistan includes the participation of foreign investors in the China Pakistan Economic Corridor (CPEC) project. With the establishment of Special Economic Zones (SEZs) and Export Processing Zones (EPZs) across the country, Pakistan offers the shortest sea-route (through Gwadar and Karachi ports) to landlocked Afghanistan and Central Asian Republics.

In all, there are 22 approved SEZs in Pakistan. Four with state-of-the-art facilities and business ecosystems are ready for investment as Early Harvest projects. These include Rashakai SEZ in Khyber Pakthunkhwa, Bostan SEZ in Balochistan, Allama Iqbal Industrial City in Punjab and Dhabeji SEZ in Sindh, provinces.

These SEZs are designed to become high-end commercial, technology and manufacturing hubs. Each SEZ is dedicated for investment in clusters of different sectors including energy, textile, automobiles, minerals, IT, pharmaceutical, food processing, steel foundry, building materials and warehousing, etc.

Connectivity with the neighboring countries and beyond is equally important. In this regard, the resumption of the Islamabad-Tehran-Istanbul (ITI) goods train service is an important development. Other ongoing projects in regional connectivity include the Trans-Afghan Railway project, CASA-1000 and Turkmenistan-Afghanistan-Pakistan-India (TAPI) gas pipeline.

A number of factors make Pakistan an essential part of the regional geo-economic corridors. Pakistan has the most welcoming and liberal regulatory environment for investment in the entire region. It is a natural geographical link between South and Central Asia and the Middle East. With the conclusion of the CPEC, which envisages road, rail and fiberoptic connectivity, we can add the Chinese hinterland to this list.

With its trade and investment incentivized policies, Pakistan is set to attract and sustain productive investments in a variety of sectors that collectively promise massive employment, export-oriented industrialization and diversification in knowledge-based sectors.

The excellent political, historic and cultural relations between Pakistan and Turkey are eminently well-placed to serve as a springboard for bilateral trade and investment.

The two countries are natural partners in a strategic economic relationship as envisaged in the Strategic Economic Framework (SEF) signed during the landmark visit of President Recep Tayyip Erdoğan to Pakistan in February 2020.

The SEF has identified a 71-point action plan that, inter alia, covers a broad spectrum of actions and activities aimed at trade and investment promotion and cooperation in the field of science and technology, defense, industry, tourism, health, education, etc.

Despite the present low volume of bilateral trade (around $750 million during 2020), there exists a huge potential to explore and exploit complementarities between the Pakistani and Turkish economies. Both countries are looking at avenues for promoting trade in nontraditional areas to add to established sectors.

In this regard, both are engaged in identifying a range of products and services through a Joint Scoping Study (JSS) where both countries can complement each other. With the signing of the JSS, bilateral trade figures should witness healthy growth as a number of untapped avenues open up for business on both sides.

The Naya Pakistan policy of the present government focuses on economic security. Even during difficult times in the last two decades in Pakistan, major multinational companies operating in Pakistan have realized much higher profits compared to their global average due to the business-friendly infrastructure in the country. This has given a boost to investors’ confidence in the promising economy. More than 100 Turkish companies are doing good business in Pakistan.

The pandemic in 2020 adversely impacted trade and economic activities globally. Turkey, weathered the shock well, managing to register gross domestic product (GDP) growth of 1.5%, and looking to achieve much higher rates next year.

Pakistan, despite going through a much-needed but difficult economic stabilization phase in the last three years, has been able to restore macroeconomic stability, thus providing a platform for increasing growth, more jobs and a rising standard of living for its people.

We see Turkey as a natural partner in this process of economic transformation in Pakistan and in the region around it.

The excellent Pakistan-Turkey relationship is a solid foundation for further fortifying the indissoluble bonds between the two countries and yielding impressive economic dividends for both countries and their people. Many Turkish companies are already doing good business in Pakistan. There is room for many more.

Ambassador of the Islamic Republic of Pakistan to Turkey