The next steps to further improve Turkey-Africa ties 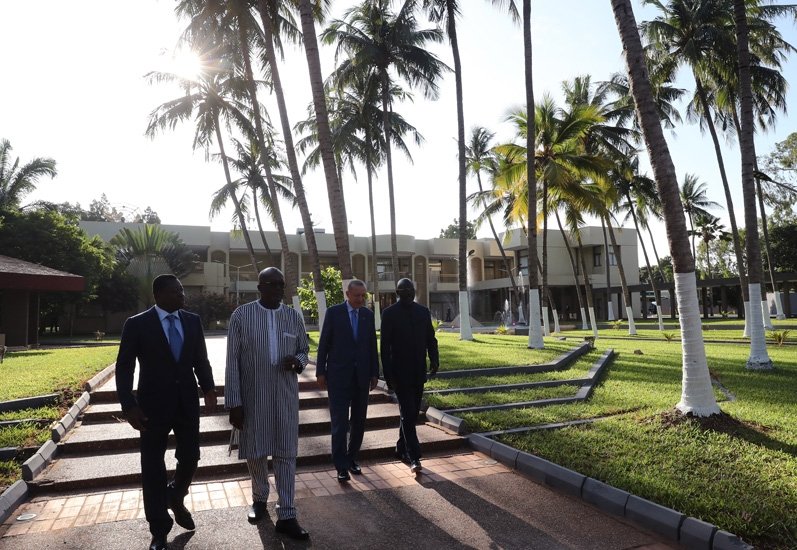 President Recep Tayyip Erdoğan's recent three-nation tour in Africa covering Angola, Togo and Nigeria was followed by foreign media outlets (particularly in English and German) asking the following questions: What is Turkey really doing in Africa? How is it performing?

There are 13 states in Africa that were once Ottoman territory. Several factors attest to the still-strong Turkey-Africa relations. There are more than 30,000 Afro-Turks in Turkish cities, from western Izmir to southern Adana, while there are also Turco-Africans living in North African countries. A large number of Turkish TV series are also popular with viewers on the continent. In addition to the cultural and religious factors, the number of embassies, which was 12 in 2002, is now 43, while the number of African countries represented in Turkey is 37. The development in bilateral relations is clear, though challenges still remain.

However, academics analyzing Africa relations in Turkey know that the beginning stage has matured into an established bond for the bilateral relations, which have consistently improved since 1998. Academics are rightly wondering whether Turkey will be able to move to a new stage in African politics, where there is stiff competition from other actors, including the United States, China, India, Brazil, Saudi Arabia and Iran.

The 3rd Turkey-Africa Summit is set to take place on Dec. 17-18, 2021. Dozens of ambassadors, officials from the Turkish Cooperation and Coordination Agency (TIKA) and the Yunus Emre Institute (YEE) and several different organizations and nongovernmental organizations (NGOs) are working in the field. However, despite such efforts, no concrete steps have been taken by the country’s opposition parties – leaving Erdoğan to manage the ties alone. For example, the opposition could support the government’s Africa initiative by opening a liaison office or organizing travel activities, but they haven't yet.

How and what to do

On the continent, Turkey carries out its activities with slogans such as “third worldist,” “South-South cooperation” and “humanitarian aid.” It can now develop common policies with the leading regional states in the five subregions of the continent – west, east, central, north and south. Moreover, it can produce more benefits for the people of the continent by establishing interlocking circles and cross-cooperation in certain aspects, from China to Brazil, from India to Germany. It’s expected that, in 2060, a quarter of the world's population will be African, while per capita income on the continent will rise to $6,000. Metaphorically, it looks as if the sun will rise over the shadows of slavery and colonialism.

Turkey wants to score more points in the fierce African competition in the multi-world order. One strategy could include first researching both the perception of Africa in Turkey and the thoughts about Turkey in Africa. Moving beyond the cliches of “Africa needs us,” “a far land” or “a troubled, poor continent” with a cultural anthropological approach, information from the field could make African policies more accurate. For example, the sentimental or pity-oriented perspectives toward Africans in Turkey always lead to seeing Africans as in need of help. Thousands of African students who were educated in Turkey want to take charge in their homeland and destroy misconceptions.

The following approaches and steps are essential for the new vision in Turkey: Both official institutions and NGOs should play a holistic role in the implementation of Turkey's African policy. Those motivated to enhance ties should be encouraged to do so in the country. Moreover, state broadcaster TRT's involvement through documentaries on Africa and the film industry could also take part, as well. In summary, Turkey now needs a comprehensive strategy – from new political paradigms to original collaborations, from cinema or TV series projects devoted to Africa to opening newspapers and party representations. The “New Africa” deserves it.