The pain of systematic rape victims in Bosnia never ends 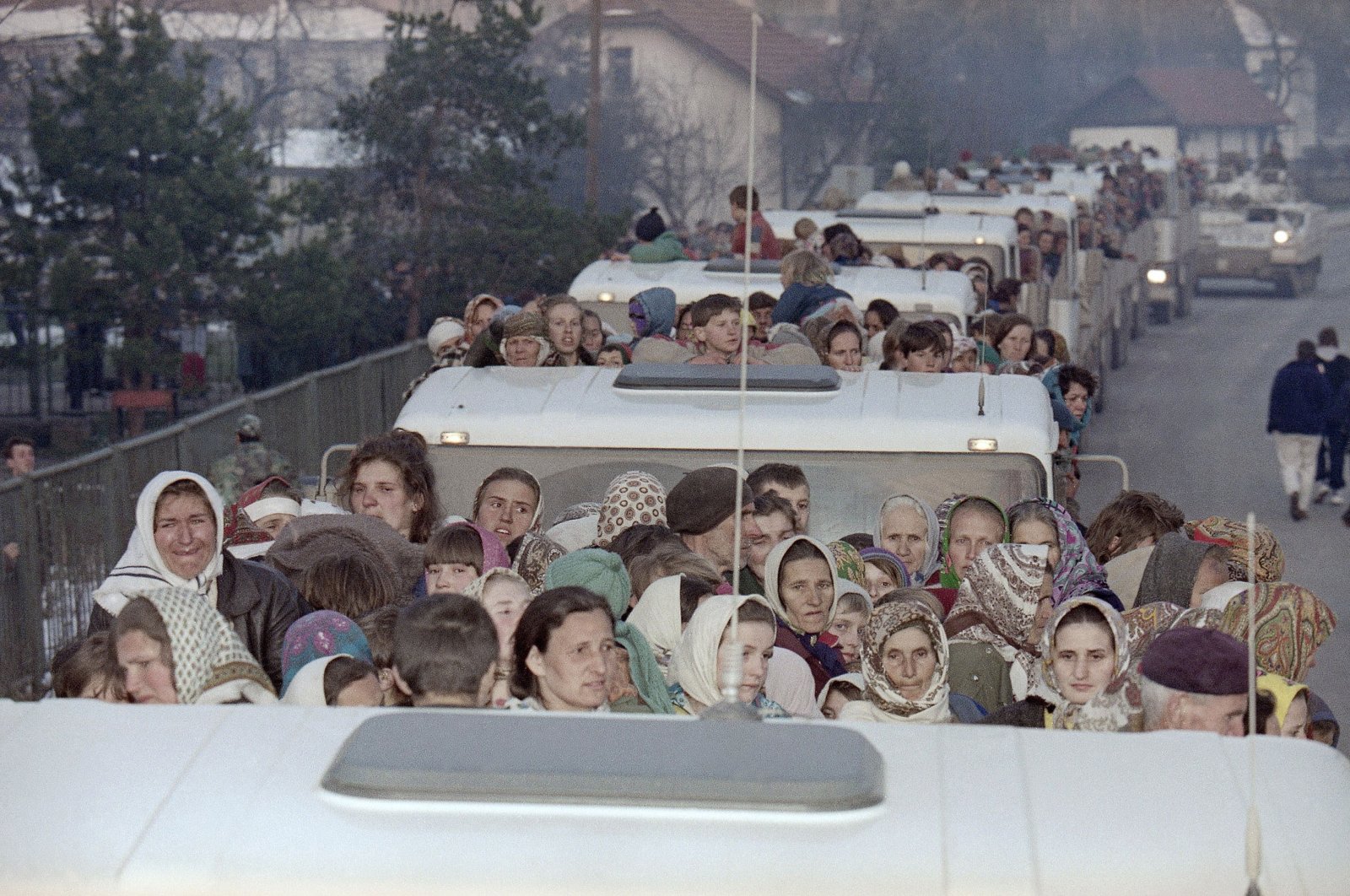 Over the course of the Bosnian war, approximately 50,000 women were systematically raped by the Serbs in 3.5 years. Women and children suffered the most during this time, yet only 84 rapists have been sentenced since

World history has witnessed many bloody wars, societies have disappeared and millions of people have lost their lives and been displaced.

No page in the history of the world is free of war. At the beginning of the 20th century, two world wars destroyed countries in the same way, creating indelible traumas in societies that were passed on to future generations.

Countries hoping to erase the effects of World War II tried to find a solution to conflicts with various international agreements so that such a tragedy would not happen again, all while trying to heal the wounds they had received. However, at the end of the 20th century, a genocide took place before the eyes of the world, in front of cameras and broadcast to our televisions.

This genocide took place under the protection of international bodies and despite the existence of agreements. Mass graves are still being excavated today.

Women and children were again the ones who suffered the most from the war. And while their traumas still ache with the same pain as yesterday, deep, difficult-to-heal wounds have been opened that will also affect future generations.

History of the war

At the start of the 1990s, several conflicts brought on the Bosnian war in Yugoslavia, which was in the process of disintegration. The Bosnian war started on April 6, 1992 and continued until 1995.

In the war that lasted more than 3.5 years, more than 100,000 people lost their lives, while 2.2 million people became refugees.

Women and children carried a heavy burden because they were left unguarded. The results of international independent studies show that between 20,000 and 50,000 Bosnian women and children were raped in the war that lasted for 3.5 years.

With the Dayton peace agreement in 1995, the guns fell silent and the war was over. But have the scars of the war been erased, have the wounds been healed, has the war been forgotten?

The effect of calamity is still in the hearts of the Bosnian people, and the war is still in their minds as if it happened yesterday. After the war, it took time for women to discuss their rape. It has been very difficult for them to talk about this issue. The saddest thing is that these rapes were committed by Serbs who were their neighbors before the war, in their homes, in front of their families.

Today, this is the thing that women remember and speak about the most in relation to the war. While women continue their legal struggle, the world still remains silent about these systematic rapes.

When we look at the basic texts of international law, systematic rape is listed among the methods of genocide. The genocide convention, enacted by the U.N. in 1948, includes not only mass killings for specific purposes, but also rape within the scope of the act of imposing measures to prevent births within a group. Rape and similar crimes are considered a form of genocide by international courts.

However, despite all these international agreements, the desired justice has not yet been achieved. For the first time in 2001, the International Criminal Tribunal for the former Yugoslavia made systematic rape and sexual slavery a crime against humanity.

Three Bosnian Serbs were subsequently found guilty and sentenced. Other people who committed systematic rape during the war have still not been prosecuted. Despite the fact that the women testified multiple times and even tracked down the locations of the accused to report to authorities, the process has moved very slowly.

After the war, the “The Raped War Victims Women,” established to help women pursue their rights and deal with the trauma, worked hard to defend the rights of women who were victims of rape.

The managers of this association, which consists of 1,800 women, worked to further their plight by closely following the public cases they forwarded to the International Criminal Tribunal for the former Yugoslavia in The Hague, Netherlands, by taking statements from more than 25,000 rape victims.

Systematic rape experienced during the war also revealed another social issue in its aftermath. Children born as a result of rape during the war, called "invisible" or "forgotten" children, show us another sad face of war.

Women, children, men and families who suffered great wounds during the war had to deal with new issues that emerged after the war.

In a war in which nearly 50,000 women were raped, the number of children born as a result of rape is between 2,000 and 4,000. The purpose of the genocide and rape, which are ignored in the international arena, is to destroy a nation.

In addition to the murders committed just because the victim was a Muslim, rapes were also carried out to destroy the continuity of a nation. Systematic rape, which is a form of genocide, was used as a war tactic in the Bosnian war.

Being a woman in war

Being a woman in war, especially in the Bosnian war, is more than anyone can handle. Women tried to protect themselves, both their souls and bodies, amid all the barbarity going on.

Systematic rape is one of the most brutal "tactics" in all wars in history. Because it does not target women individually, but also causes great harm to families and society, it is an attempt to invade a nation using the female body.

The message intended to be conveyed by rape was aimed at the group to which the woman belonged to demonstrate who was in power.

Rape was also used as a method of humiliation, since it was usually carried out in front of the children and spouses of the women.

Unfortunately, these inhumane occurrences in the Bosnian war were not the last. In Kosovo, Sudan, Colombia, Iraq and Rwanda, rape has likewise been used as a war tactic, inflicting great harm on women, children and society.

Although the suffering will never be erased, the criminals being tried and given just punishment will at least satisfy the victims.

As a result of the trial at the International Criminal Tribunal for the Former Yugoslavia on March 24, 2016, former Serbian President Radovan Karadzic, also known as the Butcher of Bosnia, was found guilty of committing genocide, war crimes and crimes against humanity in Srebrenica and sentenced to 40 years in prison. This sentence was later appealed and commuted to life imprisonment.

The Criminal Court of Former Yugoslavia, which closed in 2017, continued its work for 24 years in The Hague, the Netherlands. During this period, the court heard 161 cases, convicted 84 people, 56 of whom were serving their sentences, while 19 people were acquitted and seven people died before the trial was concluded. Working overtime for 10,000 days, the court heard 4,650 witnesses.

The pain in the collective memory of Bosnian people remains deep inside. There is no cure or remedy for it. But for justice to be served, there is much more to be done than convicting 84 people for the 50,000 women who were victims of systematic rape over the course of 3.5 years.