The president vs the constitution in Tunisia 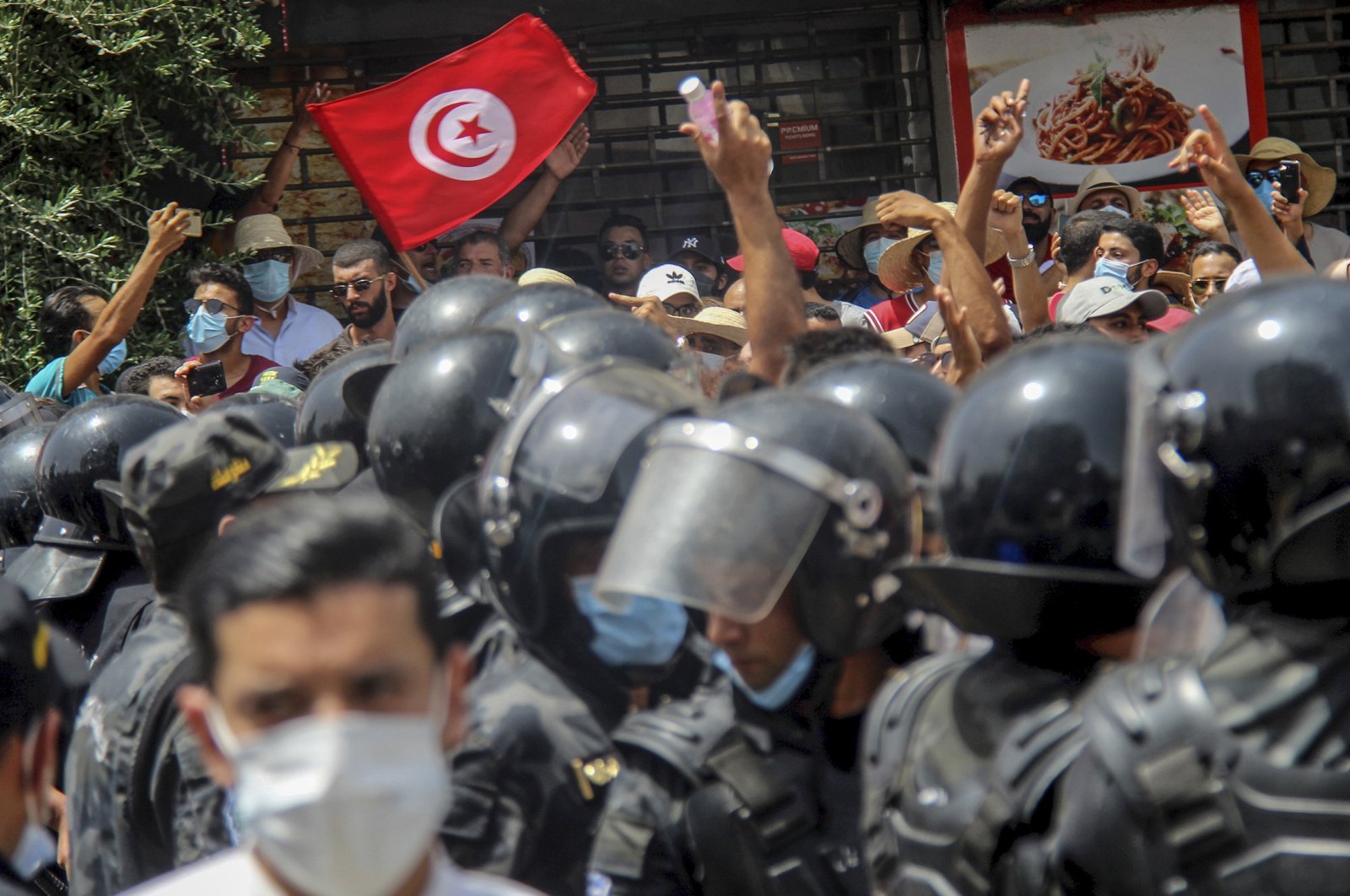 After the Arab Spring, Tunisia had been able to establish a relatively stable democracy. However, the latest "coup" jeopardizes all these gains

The protests, which started in 2010 with the self-immolation of Mohamed Bouazizi, a young peddler, overthrew the 23-year-long Zine El Abidine Ben Ali regime in Tunisia and then spread in waves throughout the entire Arab world.

Tunisia was the only country that achieved a transition to democracy after the Arab Spring and it has carried it into 2021. While the revolutionary attempts in Libya, Syria, Egypt and Yemen fell apart with civil war and military coups, Tunisia had been able to establish a relatively stable democracy.

Despite the fragmented political composition of the country, elections were held, and coalition governments were formed. It should be noted that the new constitution, which was drafted after the revolution, also become effective in 2014.

Undoubtedly, different examples from across the world, such as the former Eastern Bloc countries, show that the transition to democracy involves certain difficulties. In many countries transitioning from totalitarian administrations to democracy, democratic practices and institutions took a long time to be formed and for all political actors to internalize democracy.

Tunisia is no exception, as it is not logical to expect a regime change to solve the country's deep-rooted problems in one fell swoop. Establishing democracy at the normative level can only be the beginning of the path to an advanced democracy.

After the democratic transition in Tunisia, there were a series of governmental changes, and the last presidential and parliamentary elections were held in 2019. While President Kais Saied was elected president, two coalition governments were established two years after the elections. However, it is also known that, in the past few months, there has been a political crisis between Saied and the prime minister of the last coalition government, Hichem Mechichi.

In parliamentary regimes where the people elect the president, the executive power is essentially given to the council of ministers. Heads of state may try to influence government policies with the political legitimacy they receive from the public, which in turn can lead to political tensions.

However, the recent incident in Tunisia highlights a phenomenon far beyond this. What happened in Tunisia is not simply a matter of the president's tension with the cabinet, but rather an attempt to overthrow the elected government and parliament.

With his decision on July 25, Saied dismissed the prime minister and assumed executive powers while suspending the parliament. He cited Article 80 of the constitution as the basis for his decision, which was incompatible with the understanding of the parliamentary regime envisaged by the Tunisian Constitution.

Nonetheless, Article 80, a state of emergency regulation, requires the president to meet with the prime minister and the speaker of the parliament before taking the emergency measures. This is far from giving the president the power to dissolve the government and parliament.

Article 80 also ensures that the parliament will remain operational throughout the state of emergency and that the president cannot dissolve the parliament, directly invalidating Saied's action.

Another guarantee stipulated in the same article of the constitution is that it gives the speaker of the Assembly and thirty deputies the right to file a lawsuit against the emergency measures in the Constitutional Court. On the other hand, let's add that a Constitutional Court stipulated by the 2014 Constitution has not yet been established in Tunisia. For this reason, Tunisia has been devoid of a vital mechanism to resolve disputes between state organs within a constitutional framework.

Therefore, the reference to Article 80 is simply a rhetorical apparatus used to “soften” the government reshuffle. As a matter of fact, we have seen that this argument has begun to be used by the circles supporting the attempt.

The example of Turkey, which has a deep historical experience in military interventions and coups, proves that the transition process to democracy brings fragility. Turkey has been under an institutionalized constitutional tutelage for many years.

The army, judiciary and bureaucracy have tried to render governments brought to power by the people ineffective. As a result, pursuits outside of the democratic process have become a tradition that poisons the state and social institutions.

For Turkey, efforts to design politics with illegitimate methods have left many structural problems that could not be resolved for many years. Solving the political crises experienced within the framework of the democratic constitutional state is essential for the maturation of democracy.

If it is otherwise, changing the governments with anti-democratic methods will become normalized. This in turn would block the development of democratic thought, which means the power of the people. The non-transparent and closed-to-control manner of rule produced by power centers that do not derive their power and legitimacy from the people inevitably corrupts the regime.

Such a political system, in which liberal democracy is not considered the "only game in the city," undermines the public's trust in the state apparatus. This underground politics that has finally emerged is ripe for exploitation by crime syndicates and terrorist organizations.

As a result, a country that cannot get out of chronic political, social and economic crises remains. Wasn't this exactly what happened in many countries in the region before the Arab Spring?

Analyst in the Department of Law and Human Rights Research at Foundation for Political, Economic and Social Research (SETA)