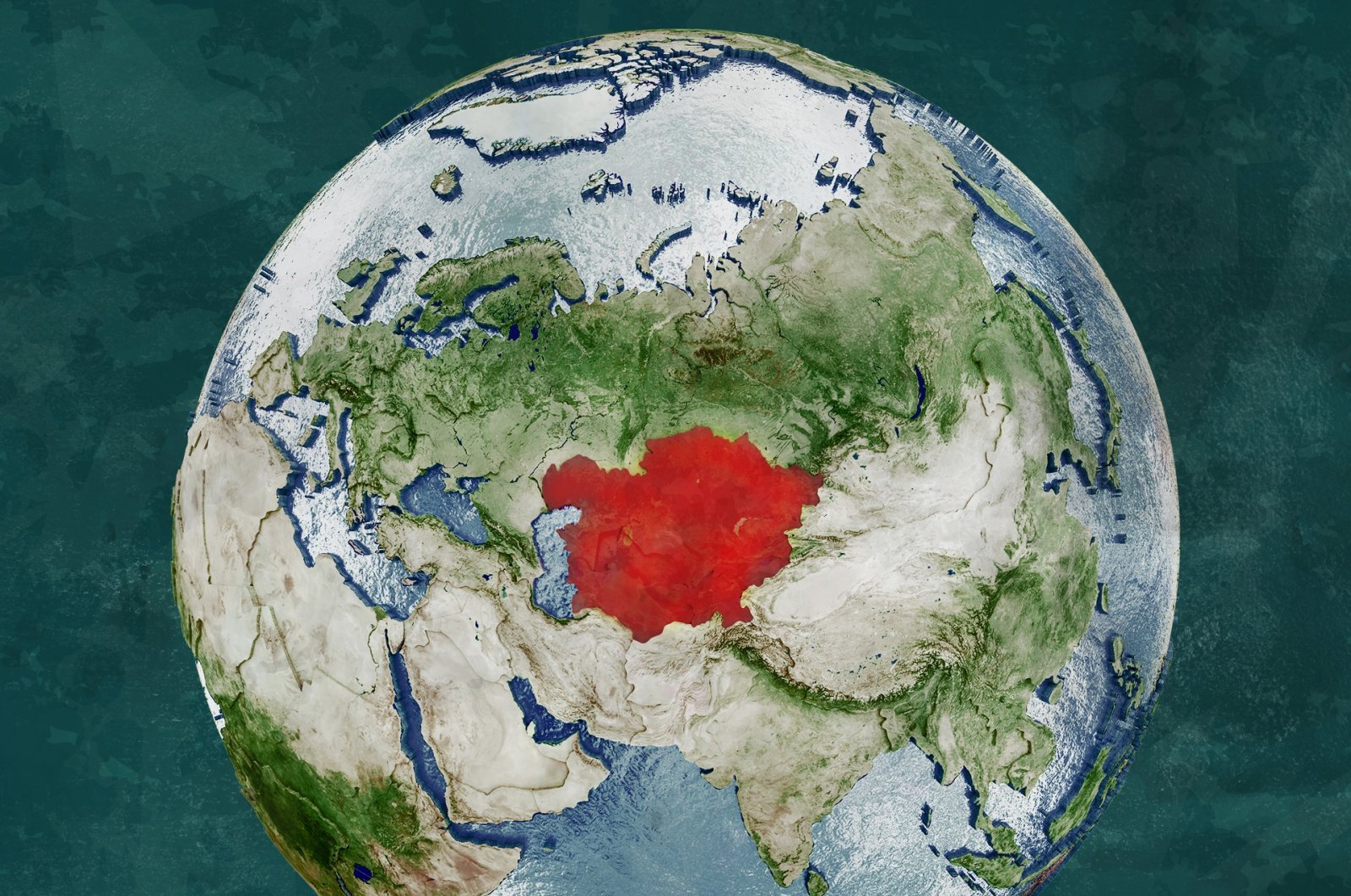 The photo illustration shows the globe map with the Central Asian region in red. (Photo by Shutterstock)
by Ryszard Czarnecki Sep 24, 2021 12:05 am

At both the regional and international level, Central Asia needs a joint road map to curb the existing security threats

It is a fact that due to its strategic geographical position, Central Asia has faced many serious security concerns in recent years. Indeed, with the recent political change in Afghanistan, Central Asia has been concerned about its border security. Therefore, Central Asia can be considered as a critical security region.

As a matter, transnational extremist networks linking Central Asia to neighboring states, notably Afghanistan, are a concern. As the NATO-led international coalition prepares to leave Afghanistan, regional powers, notably Russia, are increasing their military engagement. Thus, one might state that Central Asia as a region is facing significant security challenges.

One of the threats that the Central Asian region encounters is linked to the lack of cooperation among countries in the region. Central Asia's security challenges are determined by the region's position in the international framework. A lack of a regional security complex has led to the presence of global players of both governmental and private nature to take hold in the region. In most cases, this presence is linked to a desire to acquire access to natural resources or to carry out geopolitical projects that, in any event, pose significant security risks to the region.

Additionally, various Central Asian states are gravitating toward various neighboring regional powers, causing a significant weakening of the Central Asian countries' affiliation and, ultimately, a transformation of the entire regional structure. This would become an undisputed security challenge in the region as stated by professor Rustam Burnashev in his article “Security Challenges in Central Asia.”

Moreover, another challenge that may confront Central Asia has to do with the development process underway in many countries of the region such as Uzbekistan.

Uzbekistan is fostering its ties with the European Union and is carrying out several reforms on many diverse levels. As a consequence, as highlighted by Burnashev, the real or potential transformation of international law by certain powers operating at global and regional levels, as well as possible changes in the understanding of the concept of national sovereignty and the principle of non-interference, are among the key security challenges facing Central Asian countries. Central Asia is heavily reliant on the Westphalian regime of international security because it lacks adequate domestic and regional security structures. As a result, its future metamorphosis could pose the largest security threat in subsequent years.

Finally, environmental issues can be seen as another security threat in the region. The most problematic aspect of these issues is illustrated in the fact that environmental issues in Central Asia are a common problem. However, the lack of cooperation might have severe consequences.

To conclude, security challenges in Central Asia can have serious consequences. Hence, international and intra-regional cooperation must be promoted in order to tackle these threats as it’s the key to resolving such issues. In addition, cooperation with Central Asia is also in the leading countries' best interests because it helps them reduce regional security risks while also promoting regional partnership.