Turkey did its best, what is wrong up there in the EU? 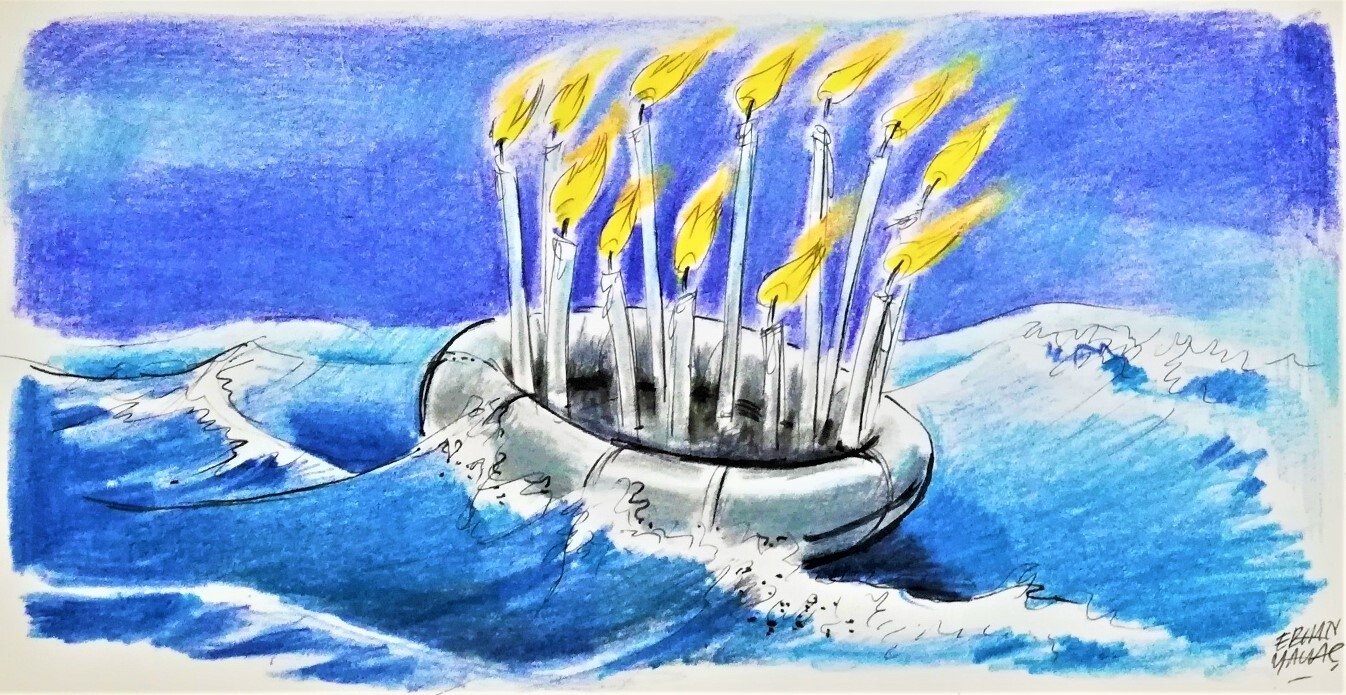 During the EU candidacy, Turkey did its best in every aspect. However, despite this, Brussels intends to remove Turkey from the position of a candidate country. Now the people of Turkey are asking themselves what are the benefits of becoming part of a political structure that seems to not really appreciate us?

"Much fanfare, much ado ... about nothing" indeed, the latter quote courtesy of William Shakespeare and written circa 1598; we shall find the plot’s part about deception rather appealing in the European Union context.

Fast forward to real life in Brussels circa June 2021, we detect another striking example of what the famous bard had – duly acknowledging – in mind albeit transporting his observations about many human factors and our human nature onto today’s world: Nine points of a declaration issued by Brussels some days back and either voluntarily or by sheer disrespect omitting the words “candidate country” from the text.

Not that the proud Turkish population is no longer in favor of accession to the EU – but the tide that reads public opinion might be changing and might be changing fast all the way from mountainous Van to waterfront Izmir, all along the way from Samsun along the Black Sea shores to Adana located on the nation's opposite Mediterranean seaside. How come? The reason is simple: People are increasingly asking themselves where the benefits are of becoming part of a political structure appearing to not really appreciate us?

One would have assumed that EU politicians and bureaucrats would have taken the chance to recalibrate its policies during the lockdown and an almost political standstill except for sharing infection rate data among colleagues.

Many companies and most individual citizens embarked on a similar journey to self-discovery. Where to now, how to rekindle our interest in daily life, how to live with the assumption that another pandemic could strike anytime soon, unexpected as this very first COVID-19 variety?

And naturally, there was ample time to consider mistakes we all have made in our previous, pre-COVID-19 existence. Pity then that the elites in Brussels somehow failed the post-pandemic stress test.

Most definitely with regards to treating the Republic of Turkey as an equal partner, seeing eye-to-eye, with respect.

Does EU love me?

Granted, instead of simply patting Ankara on the shoulder and complimenting it on how the nation is dealing with the ongoing migrant situation handing over a lot of hard cash is a welcome move indeed. After all, hosting millions of men, women and children searching for a new life as their very own country has become a civil war hell cannot be mastered without having the necessary funds.

But by earmarking over another 3 million euros ($3.56 million) yet completely neglecting the fact that we are not talking about a subsidy for an ailing industry sector but are talking about innocent citizens in desperate need of a home, a job, education, health care and above else a future, perhaps even permanently in their new fixed abode Turkey – a safe haven – is an altogether more complicated affair.

The post-Brexit EU is only recently coming to terms with what federalists in favor of a European superstate would describe as a nightmare: a major actor, key economic player and a globally respected member state has looked elsewhere. What a blow to the very foundation of the EU itself.

Then there are rumors of copycats – in particular among the former countries of the Soviet Empire mostly having joined the club in the year 2004.

Hence, foresight analysis regardless of political motivation or leaning (left, center, right or alternative) should dictate that losing another immensely important player such as the Republic of Turkey would be sheer madness, apologies for this frank and candid wording.

As a matter of fact, it would be more correct to write the attitude of "side-lining Turkey completely," as the rhetoric was not anti as in the word anti. Just that the outcome of the European Council meeting in Brussels a week before last allows for a lot of reading between the lines of the final communique.

Want to keep Turkey as an ally and friend? Sure thing, that is exactly what Ankara has in mind as well.

Want to support Turkey financially evermore as the migrant situation is far from over and numbers of desperate people looking for a new home or at least temporary shelter are skyrocketing? Absolutely welcome all over Turkey.

Intent on offering a kind of agenda including hot picks such as climate change and the global health crisis? Naturally, expect Turkey to stand firmly on and by your side.

Which brings us exactly to the gist of this opinion page contribution: Standing firmly side by side or having a chance to standing firmly among you, among the remaining 27 EU member states?

Turkish reactions came thick and fast but were remarkably muted one might almost say. Certainly, still a somewhat sharp criticism expressed toward another EU failure to talk with Ankara about the future in general and not just that one issue. But the real frustrating development inherent in all this is that even Ankara’s most ardent supporters of an eventual EU membership somehow seem to have lost pace, speed, interest, belief and most importantly, have lost all but a tiny bit of remaining mutual trust.

Hence, compared with past events, and this time round no more justifiable and so much understandable, shredding of past EU reports filled with fake news about modern Turkish democracy – just shrugging it all off as if this is the new normal.

Some former leaders opt for a new library, others have become known for creating a lasting building of a certain extravagance. The former is a rather traditional way of keeping ones’ name in the electorate's mind long after leaving office in the United States of America.

It is no secret either that French President Francois Mitterrand had indeed decided to have a huge national library coming France’s way but even before that he had the entrance to the world-famous Louvre covered by a pyramid; yes, a pyramid mostly made out of glass indeed. Think Louvre today, we think Mitterrand.

Germany not known for excessive public spending or as some would more cynically say, misuse of taxpayer's money, chances are that outgoing Chancellor Angela Merkel has different plans in store on how to guarantee her legacy amongst Germans and the wider world.

While this article is written, it is still not too late that a Chancellor who for so many years and so successfully shaped Germany’s politics and global reputation to make a bold move: Convince their fellow conservatives as well as opposition politicians that derailing Turkey’s EU membership process single-handedly would be wrong, completely wrong.

That requires stamina versus Paris and the French government, unfortunately ever after Nicolas Sarkozy, France has been rather Turkey-biased. This necessitates standing up to Brussels elites. But this carries the huge opportunity for her to bring the Turkish and German populations in her own nation so much closer together and to end far-right populism all along the way too, perhaps.

Would Merkel do it? Your guess is as good as your friendly commentator’s insight but if Realpolitik takes reign once again all over Germany in a post-pandemic and post-Brexit world it might just as well work out.

The alternative sounds more like doom and gloom as a lot more much ado about nothing is as far as I understand not what the Turkish electorate will tolerate for much longer. Turkey did and does her best – what is wrong up there in Brussels?

*Political analyst and journalist based in London