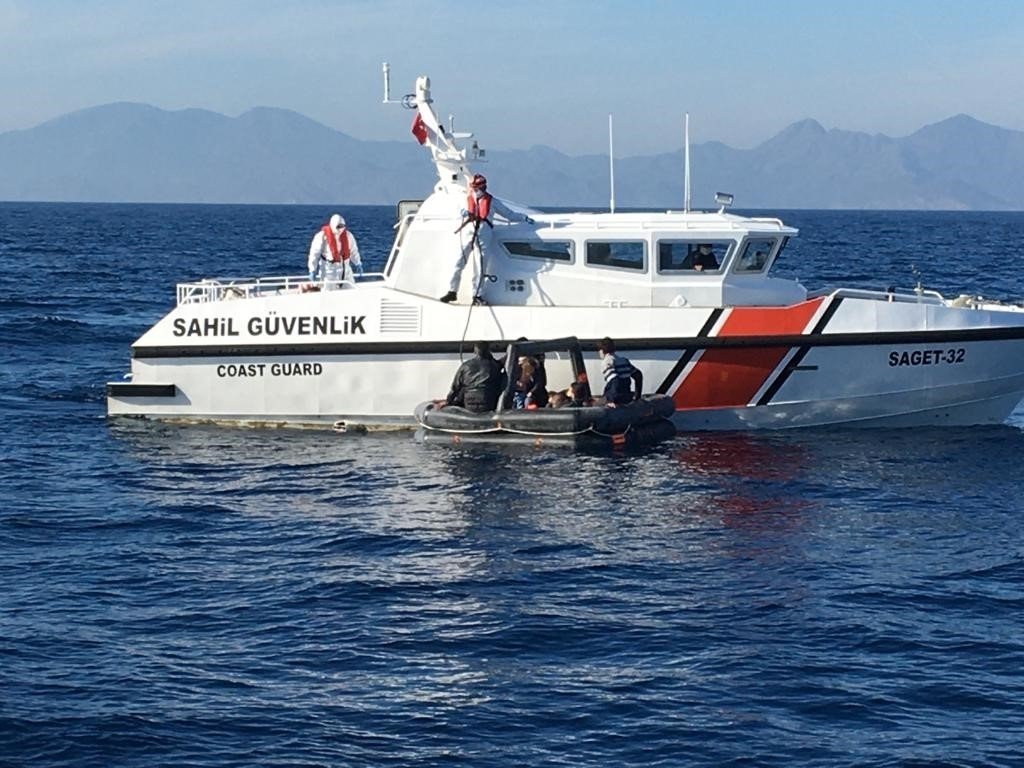 The organizations, including Amnesty International, Human Rights Watch (HRW) and Oxfam, said the bloc's containment policies at the external borders of the EU were often in breach of human rights.

"Every single day since then, families have been trapped in 'hotspots' on the Greek islands, their lives put on hold," Oxfam said in a press release accompanying the statement.

"The EU and Greece created these 'hotspots' following the EU-Turkey deal. The EU's aim to keep asylum-seekers on the Greek islands to speed up their return to Turkey has resulted in appalling living conditions, violent border control practices and immense delays in asylum procedures," the charity said.

The commission's planned migration pact, which it proposed in September 2020 and is currently under negotiation with the 27 member states, repeated those mistakes, according to the organizations.

Migrants weren't being given proper access to asylum procedures, they said. For example, if the commission's proposal is to be implemented as it stands, asylum seekers would be "pre-screened" outside the bloc to determine whether they're eligible for asylum, which would be problematic.

"The experience of the past has shown that remote sites are likely to suffer from understaffing which results in bottlenecks and delays," the organizations said.

The accord – criticized by rights groups and since seen as inadequate by Ankara – foresaw the payment of 6 billion euros ($7.16 billion) to Turkey to keep asylum seekers from crossing to Bulgaria and Greece.

According to the European Commission, 4.1 billion euros have already been delivered to Turkey, and the remaining two billion have been contracted to projects to support refugees.

But Ankara disputes the EU figures, claiming that only 3.6 billion euros have been spent on Syrians, stressing that Turkey hosts 3.7 million of them on its soil.

The latest rescue operations took place on Wednesday when Turkey rescued at least 158 asylum seekers who were pushed back by the Greek Coast Guard into Turkish territorial waters in the Aegean Sea, according to a security source.

The Turkish Coast Guard dispatched teams to rescue the asylum seekers in eight lifeboats stranded off Seferihisar district of Izmir province, said the source who asked not to be named due to restrictions on speaking to the media.

Six suspects were arrested as they attempted to flee Turkey, said the source.

In a video that captured the rescue, asylum seekers are seen applauding the arrival of the teams.

"They [Greek teams] left us here and ran away. They took us in the Greek waters and brought us till here," said one asylum seeker.

Turkey has accused Greece of large-scale pushbacks and summary deportations without access to asylum procedures, which is a violation of international law. It also accuses the EU of turning a blind eye to what it says is a blatant abuse of human rights.

Pushbacks are considered contrary to international refugee protection agreements that say people shouldn't be expelled or returned to a country where their life and safety might be in danger due to their race, religion, nationality or membership in a social or political group.

The remark came from UNHCR spokesperson Boris Cheshirkov at a briefing in Geneva as he responded to a question from Anadolu Agency (AA) on Turkey's appeal to stop Greece from forcing back asylum-seekers from its borders.

"The situation with pushbacks at both land and sea borders of Greece is one that we have been following closely over the last year," he said, adding that the U.N. agency has repeatedly expressed concern over the issue.

Cheshirkov said the refugee agency had also received reports that around 13 Afghan nationals, including children, were recently sent back after reaching the northern shores of Lesbos.

A similar statement also came from the European Commission, the executive branch of the European Union, as it has urged Greece to act in line with the bloc's values and to respect basic human rights regarding the reports on the country's practice of pushing migrants back toward Turkish land borders.

Still, despite the evidence, Greece continues to overlook Turkey's efforts, expecting more from Ankara while not taking into consideration its own problematic actions. Greek Migration Minister Notis Mitarachi has called on Turkey to take back 1,450 migrants to demonstrate "willingness to cooperate" with the EU on Wednesday.

"We have proposed to Turkey to restart (the) returns of those not entitled to protection," Mitarachi told Agence France-Presse (AFP) in an interview, in which he also insisted his country does not illegally push back migrants.

"I think it's a very good opportunity for Turkey to demonstrate their willingness to cooperate with the EU and uphold the joint statement," the minister said.

EU member states will discuss ties with Turkey at their next summit on March 25 and 26.

Asked about persistent allegations of migrant pushbacks in Greek waters, Mitarachi said Greece is protecting its borders "in accordance to European regulations and international law."

"We haven't returned boats. We have prevented boats from entering European and Greek territory, but this is something allowed by the regulations," he claimed.

Pushbacks prevent asylum-seekers from making refugee claims and if practiced indiscriminately can constitute a violation of core EU human rights laws and the 1951 Geneva Convention.

The chief of EU border agency Frontex, Fabrice Leggeri, has been under pressure for weeks over the allegations, but a recent investigation proved inconclusive.

It claimed no migrants were turned back in eight of the incidents examined, but added that it was not possible to clarify the details of five other instances of alleged rights violations.

Greece on March 19 will host a two-day meeting with Greek Cypriot Administration, Italy, Malta and Spain to hammer out common proposals on the EU's new migration pact.

Mitarachi later in March will accompany EU Home Affairs Commissioner Ylva Johansson to the island of Lesbos, which is housing over 8,500 asylum seekers.

Most of them live in a temporary tent camp hastily erected after the notorious Moria facility burned down last year.