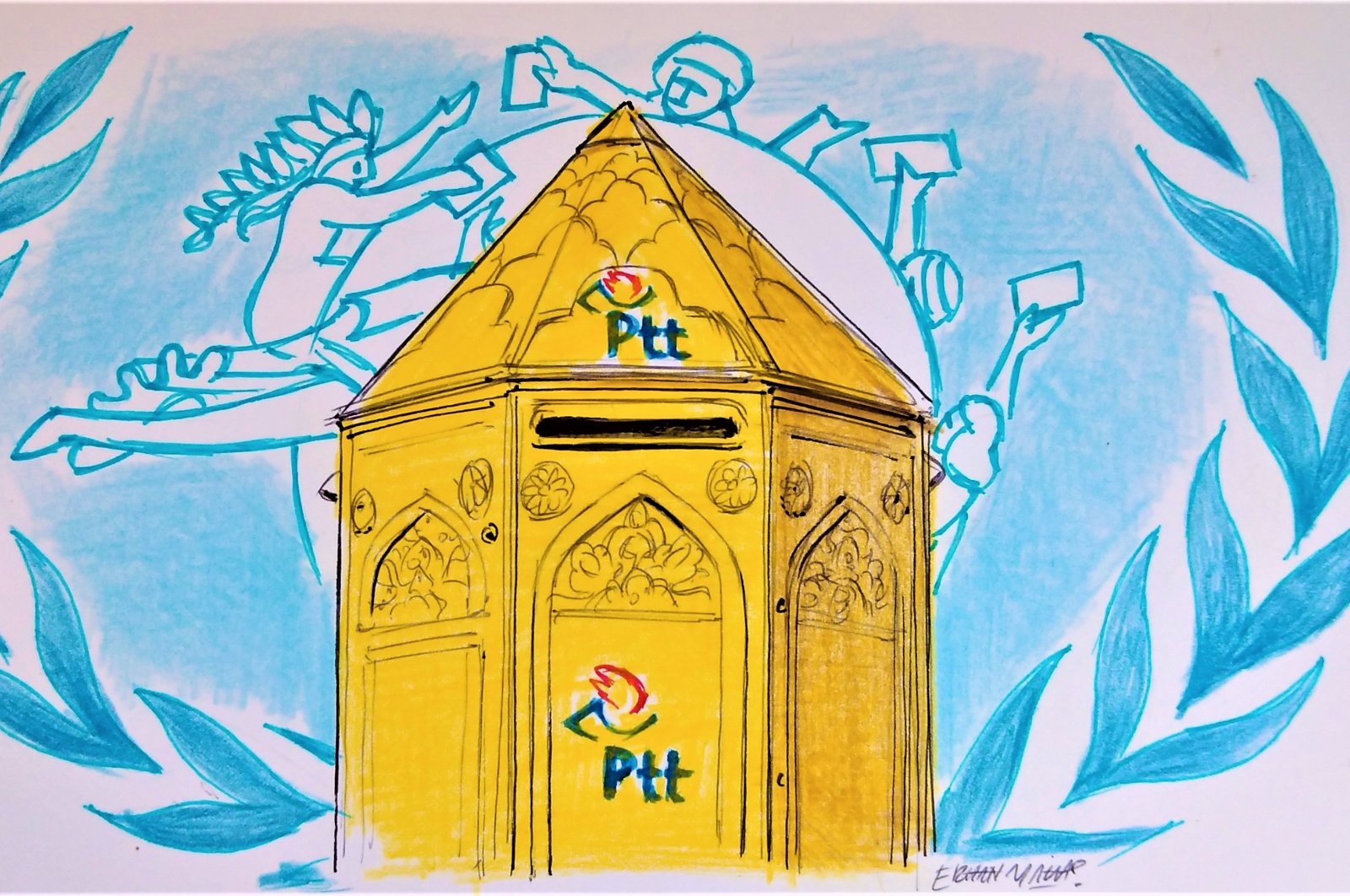 When taking into consideration its historic role, it's surprising that Turkey is no longer part of the decision-making process at the Universal Postal Union

The Ottoman Empire participated in the first congress of the Universal Postal Union (UPU) devoted to global postal reform. It took an active part in efforts to ensure the uniformity of postal standards and played a critical role by emphasizing fair competition and policy transparency in the new international postal order.

The congress deliberations and debates took place between Sept. 15 and Oct. 9 in 1874. The signing ceremony of the International Postal Convention, which symbolizes the foundation of the UPU, was held on the final day of the congress, Oct. 9 in 1874, with the participation of 22 states. Since that day, Turkey has been working closely with the UPU, designated operators and wider postal sector players on issues surrounding regulations, services and products.

Becoming a member of the UPU was a milestone achievement for the Ottoman Post, allowing it a presence on the international platform for the first time. The membership was followed by the adaptation process of Turkish postal services to the international postal regulation and in line with this, a massive transformation.

Turkey made great strides in postal services through the UPU congresses between 1874-1920 and 1924-2021. Most notably, relations with the UPU peaked in 2016 with the historic 26th UPU Istanbul Congress and the start of Turkey's term presidency as the UPU Council of Administration (CA) chair.

From Istanbul through Abidjan

The Istanbul cycle started at the beginning of 2017, with an ambitious four-year agenda leading up to 2020, embodied in the Istanbul World Postal Strategy (IWPS).

As the entire story of the Turkish Post starts with the Bern congress, it would be helpful to reflect on the importance of the definition of "congress." The congress can be defined as a gathering of the supreme authority of the UPU, which meets every four years in a different part of the world each time. At each congress, representatives of the UPU's 192 member states gather to define the future path of the postal sector.

The 26th UPU Istanbul Congress took place in Istanbul from Sept. 20 through Oct. 7, 2016. As the host nation to the paperless congress taking place for the first time in 142 years, Turkey welcomed thousands of delegates from most of the UPU member states to the major international event of the global postal industry.

It was decided at the 26th UPU Istanbul Congress that the 27th congress would take place in Abidjan in August 2020. However, when the coronavirus pandemic broke out by the end of 2019, the planned Abidjan congress under the auspices of the Ivory Coast became difficult. Following lockdowns in Europe and many other parts of the world, on April 15, 2020, the Ivory Coast proposed that the 27th UPU Congress be postponed and a future date be mutually agreed as soon as the COVID-19 health situation allowed.

During the Istanbul cycle (2017-2020), both the UPU and Turkey as the CA chairs called on the world to show international solidarity to support the progress of African societies through the postal channel. UPU's ecom@Africa initiative backed by the technical support of Turkey's virtual e-commerce platform, pttavm, created tremendous excitement about the financial and social inclusion of African nations into the world system.

This initiative was also crucial to ensure the sustainability of global postal networks to keep all countries together. It was expected that ecom@Africa will become Africa's insurance for the international e-commerce environment.

With its virtual shopping platform already in use, Turkey was a vital pillar of the initiative. On the other hand, the UPU was at the heart of the initiative as the catalyst of the financial and social inclusion of less developed countries. All other parties were encouraged to participate.

This wasn't something that the UPU could or would do by itself and thus, the UPU attached great importance to the active participation of other relevant parties such as local manufacturers, farmers, small- and medium-enterprises (SMEs), and governments. This had the potential to become a huge collective achievement that succeeded and was taken care of by all. However, it seems that this project was understandably shelved in recent times.

Getting back to the topic at hand, after a busy and challenging process to organize the 27th congress, the UPU decided to hold an extraordinary CA session in October 2020 in Bern, where member countries agreed to postpone the 27th Abidjan Congress to August 2021.

Since Turkey's CA term presidency ended in August 2021, the UPU’s member states adopted the new World Postal Strategy in Abidjan, a road map for the new work cycle commencing in 2022 through 2025. Abidjan congress also decided on new rules and set policies on the international exchange of postal items. The UPU announced that more than 200 proposals on a range of issues to improve the effectiveness and efficiency of international postal services and the operations of the UPU were reviewed at the congress.

One significant outcome of this congress was the formation of the new UPU councils. The CA normally consists of 41 member states and meets twice annually at UPU headquarters in Bern. It ensures the continuity of UPU's work between congresses, supervises its activities and studies regulatory, administrative, legislative and legal issues.

Additionally, it is the UPU's central body for promoting and coordinating postal development and technical assistance among member states.

Turkey assumed this critical responsibility between Istanbul and Abidjan Congresses. The mission undertaken was completed. Most importantly, it is essential to highlight that Turkey provided leadership to UPU's governing body throughout the entire Istanbul cycle. Besides, Turkey led the work of the CA in a critical period, contributed to the success of the extraordinary congress in Addis Ababa in 2018, and chaired the extraordinary congress in Geneva in 2019.

After its historic role in the UPU as the CA chair, during the Abidjan Congress, Turkey's candidacy as CA for this new term was not supported by member states, which is a critical issue that we need to reflect on.

Disapproval of a seat for Turkey at the new council is thought-provoking. Out of 41 seats, 10 are dedicated to Europe alone. In other words, Turkey could not get a chair out of the 10 available. For that reason, it is regrettable to see that Turkey is no more part of the decision-making process in the UPU.

One thing perhaps that should be highlighted is that almost every host country has been reelected after its CA term presidency, and this practice has now ended with Turkey and this is something perhaps that needs to be looked at closely.