What is the future of EU nationals in post-Brexit UK? 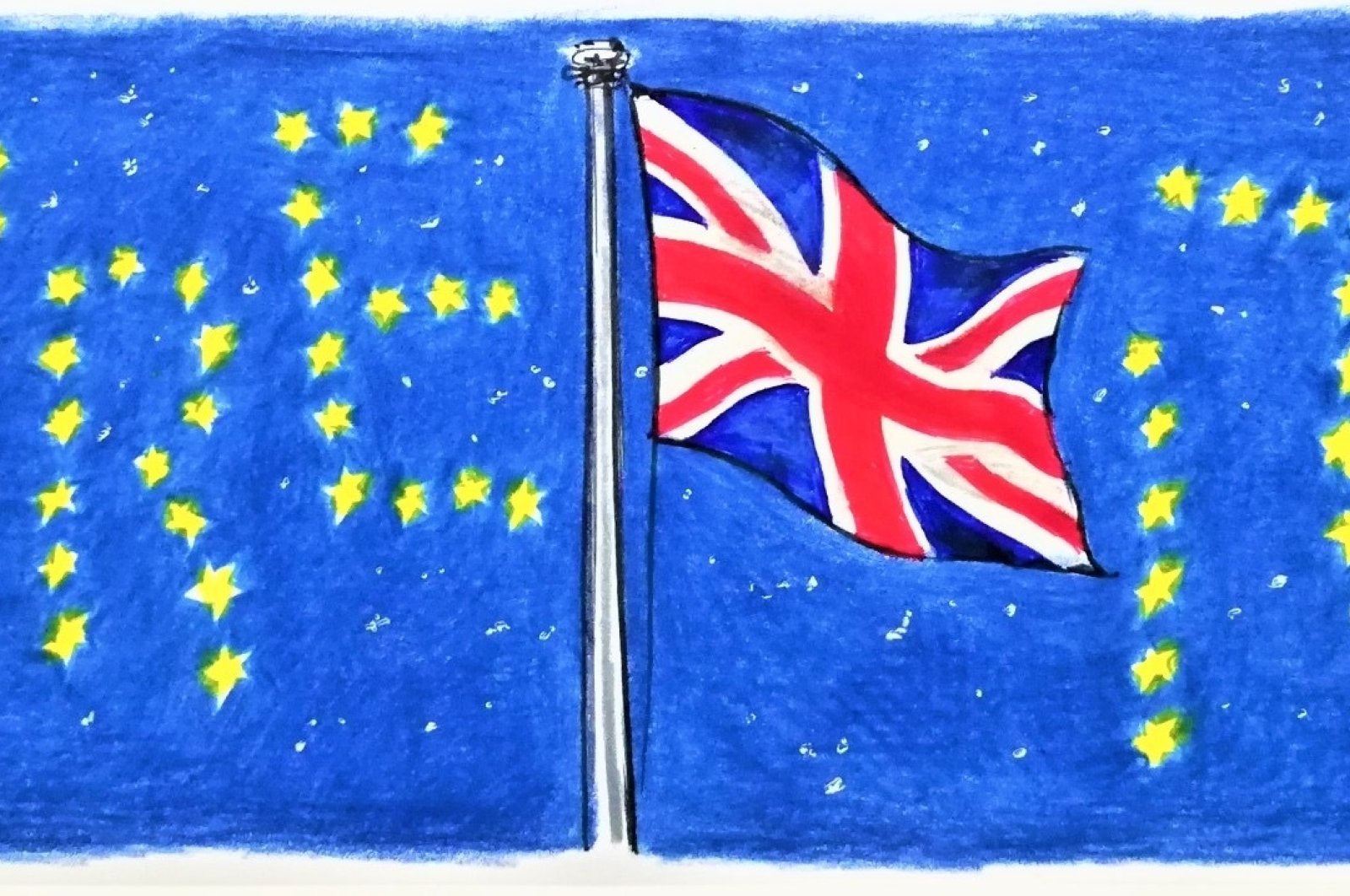 What is yet to be seen is how Brexit will impact the 6 million EU citizens, who have now become 'foreigners,' residing in the UK. The logical thing to do is protect existing residents and recognize the value they add to British society, only this way can a win-win balance be maintained

Much has been written about the broader political dimension and fallout of the United Kingdom’s departure from the European Union; one might say the splendid isolationists versus the Brussels superstate. Often side-lined or entirely omitted was the fate of those EU nationals who had opted to remain in post-Brexit Britain. Could "Rule Britannia" spell trouble for "non-British British residents?" Plus: Will a post-pandemic U.K. become more, or less multicultural?

From tourists to residents

In the past, EU nationals never encountered any logistical problems settling in the U.K. As a matter of fact, no one had ever bothered to ask whether or not someone stayed for good.

As Britain does not issue national photo identity cards and national passports are reserved for U.K. citizens, one could only guesstimate the correct number of EU citizens calling the U.K. home.

Even at the height of the Brexit debate and the ensuing referendum of June 2016, commentators and public officials spoke about figures “in the region of 3 million people.”

The first wave of EU nationals flocked to Britain right after the 1970s. London became synonymous with a European version of the Flower Power – a generational movement witnessed across the Atlantic a decade earlier.

It was Europe’s hottest music and dancefloor scene long before Ibiza stole the nightlife show – "Swinging London" was the buzzword of the day. Younger visitors would opt for seemingly endless doses of British pop culture, while more mature travelers chose to take in the British history and scenery, marveling at its palaces, manicured gardens and landscapes.

What is more, the institution of the British Public House attracted people from all walks of life; Britain was seen as a libertarian and individualist society that welcomed foreigners with open arms.

Across the English Channel, you could escape the nerve-wracking eternal question of "where are you from;" the only question would be "how are you today, Madam/Sir?"

Then around the mid-1980s, the EU’s younger generation became more outward-looking, and a weeklong holiday was no longer good enough. Studying in Britain and attending language schools became hot picks among EU youth, with Germans at the forefront. The EU’s very own student exchange scheme ERASMUS facilitated a steadily growing number of academic contacts.

But why put so much effort into obtaining a degree abroad without making good use of it abroad, too? Hence many decided to chance it and stay put.

Soon after followed European citizens who had no intention of graduating from a British university, but instead aimed to find paid work. The job market was diverse and promising. Most potential new residents could already speak at least a passable level of English, and there were no residency requirements such as registering with the authorities. It was a come and go, and soon thereafter a come and stay.

By the end of the past Millennium, being an EU resident in Britain was so common that no one would ever raise an eyebrow. They had been made very welcome; were totally accepted and fully integrated. Or had they?

Tourist, student, worker, then permanent resident – three waves of migration leading to the same result. British employers were happy; European workers were happy. Or were they really?

Part of the Brexit debate had always unfairly focused on returning Britain to the British, and returning the jobs that had apparently been stolen from them. But what Nigel Farage et al. conveniently overlooked was that without EU nationals working in professions U.K. nationals considered beneath them, large parts of the British economy would simply collapse. Case in point: agriculture, private child care, health care and hospitality.

In May 2018, the Office for National Statistics published fascinating data in this regard. While 28.73 million U.K. nationals were in employment at the time, 2.29 million EU nationals were, too.

The data fueled the pro-Brexit debate, letting them go "we told you so." It was living proof for the fact that there was high demand for EU nationals looking for work in sectors Brits rejected.

And here the real trouble started: Thinking that even EU nationals were somehow "foreign," employers offered minimum wages and not a penny more. Entering the health insurance scheme of your choice was only possible as long as you had a certified job contract and your boss would pay the correct social security contributions.

The situation greatly deteriorated when, in May 2004, many formerly communist countries joined the EU and, in most cases, obtained immediate residency rights in the U.K., except for a few limited transition periods.

Unfair British employers, a growing number of black sheep (most U.K. employers are of course top-class and pay according to skills, not nationality), exploited EU citizens' desire of finding better-paid jobs abroad.

To help EU nationals keep their post-Brexit status, a settlement scheme had been launched. According to official data, out of 5.61 million potentially eligible citizens, already 5.27 million permissions have been granted.

Courtesy of this scheme, all EU nationals currently living in the U.K. will have their status guaranteed either as settled or pre-settled residents. Both categories carry along the right to live, work, study, and so on and so forth. The only significant difference is that under the pre-settled status, any period away from the U.K. for longer than two years would make your application invalid; hence, one must re-apply.

Initially, there was great confusion among expats, but soon the EU community realized that obtaining proof of their resident status is actually a great thing. You leave the gray zone of simply being there, and enter the status of official resident. An app or printed documents certify your status to future employers, banks, landlords etc.

In principle, it is applying what most EU states already offer to non-domestic EU residents: an official document certifying your status vis-à-vis authorities and even the private sector.

More inclusive or not?

EU nationals making the U.K. their fixed abode are faced with two "post" scenarios: the post-Brexit and the post-pandemic. Hence, many questions need answers. On the one hand, will they stay forever and make the most of both challenges? And what about those expats who were perhaps always in favor of some form of Brexit?

A growing number of EU nationals is totally against any emerging European superstate, so why not move to or stay the very country opposing such a scenario?

Yet, are they already more or less mentally packing bags, only waiting for how things will play out in two to five years from now? But where would they go back to – are there jobs lined up, is there family waiting?

And what about employers – will EU residents finally be treated equally even if employed in sectors most Brits reject (see comment above)?

Brexit will not erase gender and pay inequality. Brexit was about U.K. versus EU politics. But as the U.K. enters the final post-Brexit transition era, accepting all resident EU nationals as equal to British nationals, not simply through an internet application but in the real-life workplace too, would be a huge and much welcome achievement indeed.

However, to make matters worse, the current global health situation has brought out the best and the worst in humanity. For a long time, it seemed as if every individual nation-state would fight for itself, shutting down borders both physically and mentally. Only when the need for international coordination, paired with the realization that a global virus needs a global response, became the order of the day did things progress.

A global pandemic cannot be managed through splendid isolation. The British government has already realized that the post-Brexit situation necessitates more international trade and networking, not less.

Now that we know that close 6 million EU citizens reside in the U.K., they will surely wish to continue contributing to the social fabric of their preferred location.

As long as that very contribution is not simply considered a tangible asset, everyone will benefit – the classic win-win.