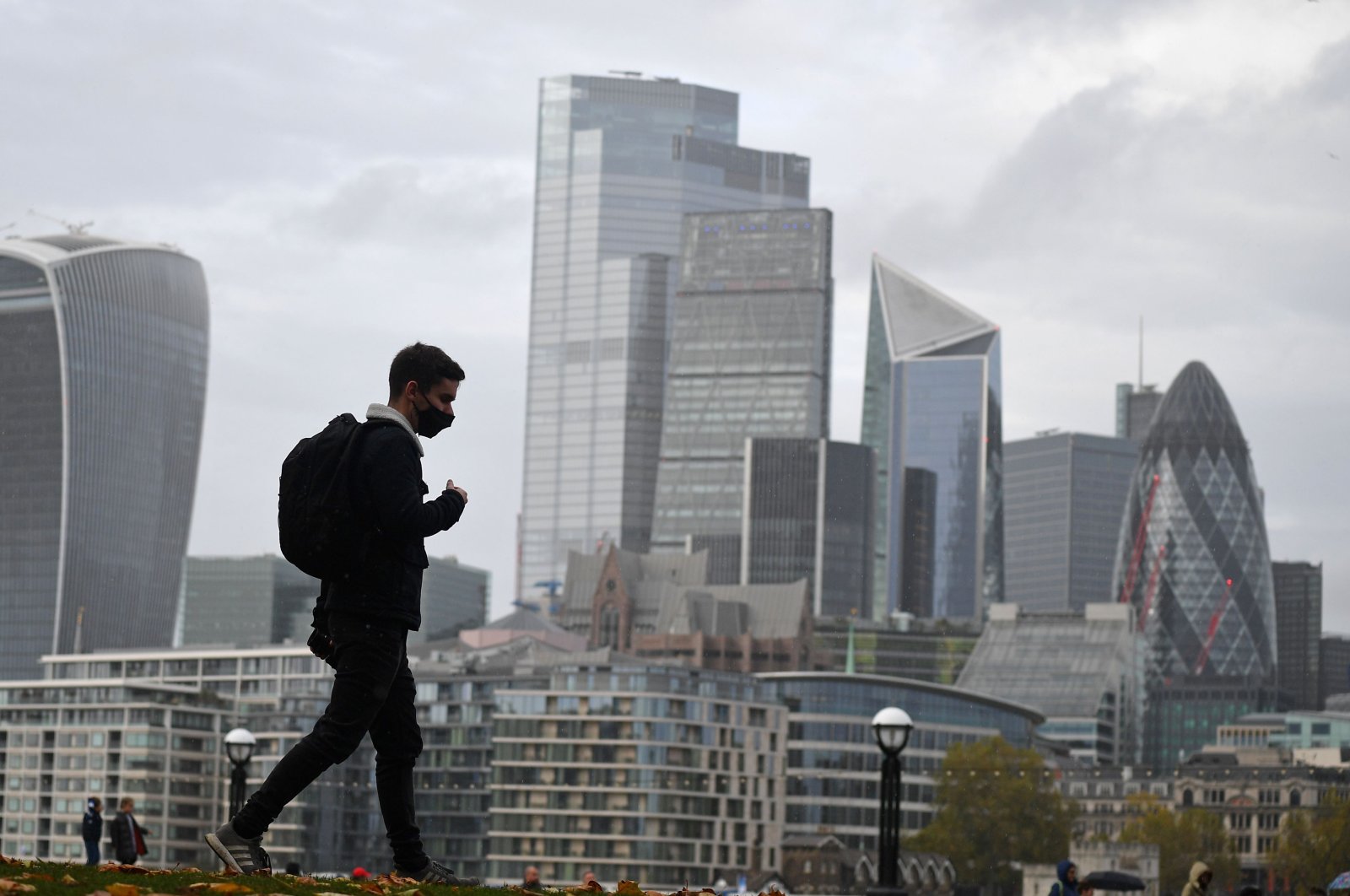 Europe’s financial capital is feeling the cold of Brexit, but U.K. officials insist the City of London is suffering a temporary blip and is well-positioned to profit from new trading horizons.

Researchers at IHS Markit attributed the decline to a “relatively hard Brexit,” and the U.K. government’s failure so far to persuade Brussels to grant full trading rights to city-based firms under a regime known as “equivalence.”

London’s daily trading volumes in other areas such as derivatives and foreign exchange still vastly outweigh its European neighbors, and Catherine McGuinness, policy chair at the City of London Corporation, played down the development.

“We’ve always known that some EU-facing business would have to leave the City of London following Brexit, whatever the shape of the deal,” she told Agence France Presse (AFP) Sunday.

“However, significantly fewer jobs have shifted from the city because of Brexit than was expected, and we remain very confident about the fundamental strengths of the city for the future,” McGuinness said.

London “continues to go from strength to strength” in emerging financial technology (fintech) and tech investment, as well as green finance, she added.

In January, according to the Financial Times, an average of 9.2 billion euros ($11.2 billion) of shares were traded each day on Euronext Amsterdam together with two other Dutch share markets.

That was more than four times their December figure, and overtook London’s daily average of 8.6 billion euros, the newspaper said.

A spokesperson for the Dutch Financial Markets Authority told AFP it was not a surprise.

“We think it’s a logical consequence because we already had a strong trading standing with the Euronext Amsterdam,” he added.

Financial services – a key driver of the British economy – were largely omitted from the last-minute Brexit trade deal agreed between London and Brussels in late December.

So from Jan. 1, Britain’s financial sector lost access to the EU’s single market and its European “passport,” a means for U.K. financial products and services to be sold in the EU.

Both sides are instead working to carve out an “equivalence” regime under which each would recognize the other’s financial regulation, and so far Brussels has approved only two areas of trading out of dozens that the city needs.

“But beyond that the impact is pretty minimal,” he said on Twitter.

Puaar said fund managers will “probably not” care in apportioning assets but the greater danger is for a fragmentation of markets in Europe, which would make trading more inefficient and drive up costs.

Bank of England (BoE) governor Andrew Bailey also addressed fragmentation in a speech last week, urging the EU to hurry up on the equivalence negotiations for the sake of pandemic recovery on both sides of the Channel.

Rebutting some of the demands made by Brussels in return for the city to regain access to EU states, Bailey said Britain had no intention of creating “a low-regulation, high-risk, anything-goes financial center and system.”

But the EU wants cast-iron legal assurances that Britain will not diverge in its financial regulation at the expense of European firms, and stresses that the hardline model for Brexit now in operation was a choice made by London.

“It cannot be business as usual,” the EU’s chief Brexit negotiator Michel Barnier said on Thursday, a day after Bailey’s speech.

“When you look at the consequences in the financial services, you can clearly see that there is no added value to Brexit and many, many consequences, unfortunately,” he said.

However, the U.K. central banker played down fears of an exodus of jobs from London.

Last month, Bailey said up to 7,000 jobs had so far been relocated to rival centers on the continent including Amsterdam, Paris and Frankfurt – well down on doomsday predictions of as many as 50,000 losses.

Mark Simpson, an expert on financial services at the law firm Baker & McKenzie, agreed that by the metric of job losses, London did not need to panic yet.

“But the ongoing equivalence debate illustrates a point that many have been saying for some time – that the EU is determined to reduce its reliance on London, even if that means driving business further afield” to New York, for instance, he told AFP.

“It seems increasingly apparent that the U.K. will need to accept that its market position for many areas of European business is going to be weaker in future,” Simpson said.

London should focus instead on boosting its appeal to non-European businesses, along with fintech and green finance.

“So what is happening with equivalence is probably going to give the U.K. more incentive to diverge from EU rules in future.”