Why Britain should push for a two-state Cyprus future 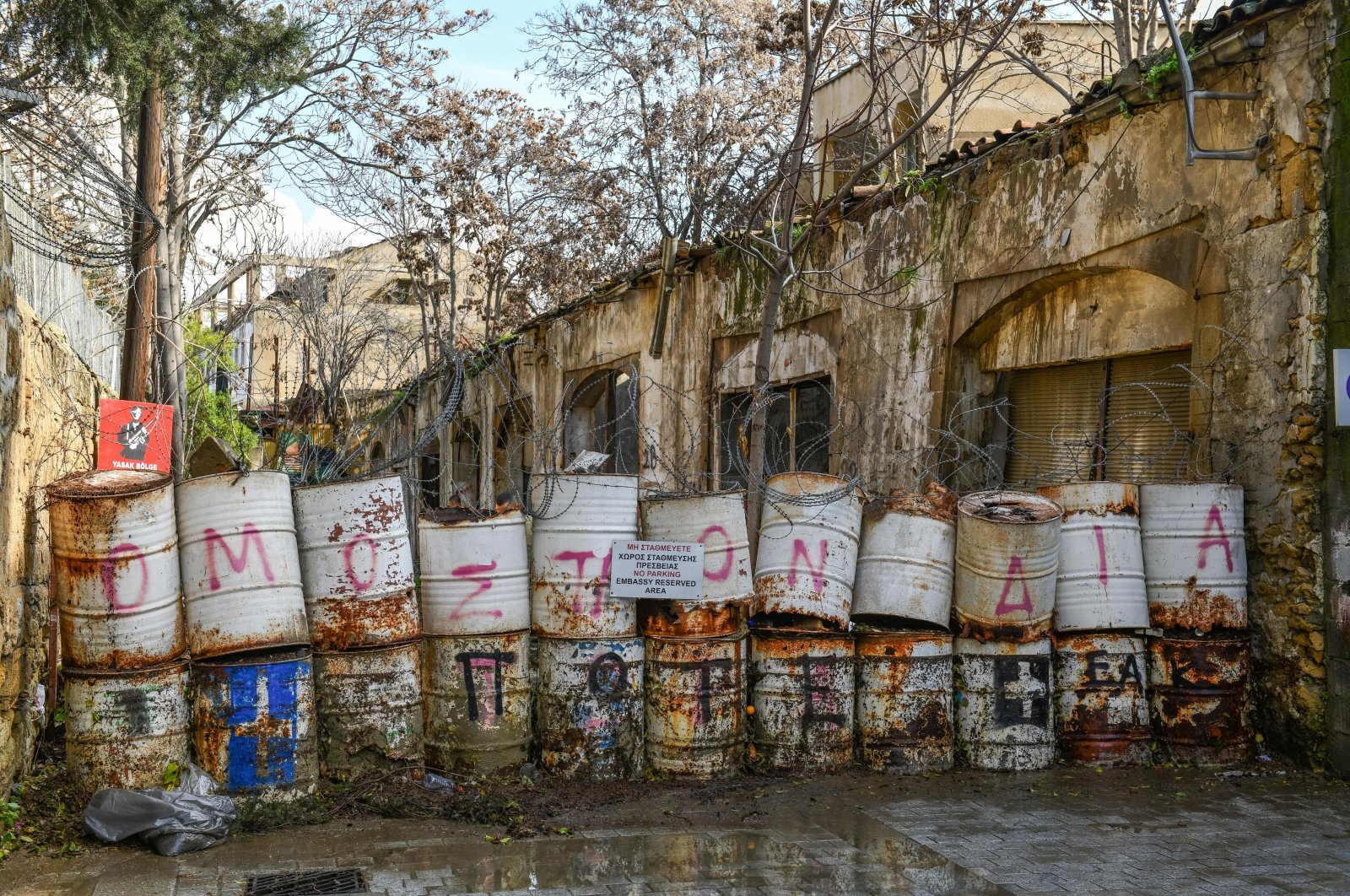 When it comes to the two-solution in Cyprus, the EU has directed Turkey to the waiting room once again. A post-Brexit Britain could play a key role in this process and facilitate change on the island

Granted: accepting Brexit as reality was a major blow to the ill-fated federalist utopia heralding that all EU member states, no matter what Brussels dictates, would obey, always.

Hence it does not come as a big surprise that detecting trouble elsewhere in the remaining 27 territories, regardless of how big or small, has the bloc's managers alarm bells ringing – and ringing loudly.

Turkey finally suggesting a two-state solution for the decades-old Cyprus situation is a prime example.

The choice of the two words "finally suggesting" is not based on the wrong assumption that Ankara always wanted two sovereign states, far from it. Ankara simply rejects another 47 years of standstill promoted by Greece, the Greek Cypriots and their supporters.

After all, it had been Ankara pushing for the Annan Plan back in 2004, lured by false promises from Brussels. Turkey’s goodwill was never rewarded – the southern part of the island became a full EU member in 2004, the northern part got sidelined by Brussels and the conflict on the island has not been resolved. Yes indeed, Turkey despite decades of promises, is still not a member of the European Union. Time is up, one feels inclined to write ...

So, let us just this once play devil’s advocate: What if that very ex-EU member, the United Kingdom, was to figuratively speak once again of the Mediterranean geopolitical age and make a strong statement in favor of a two-state solution?

Taking the recent United Nations Security Council (UNSC) resolution against two sovereign states into account, it may seem like wishful thinking, but a UNSC resolution is nothing more than just that – a resolution, not to be confused with automatically binding international law. And perhaps even more important, the winds of change can be felt across Britain, including a strong gust repositioning the country's global policy-making outlook.

Line space is limited and many esteemed colleagues have already expertly analyzed the historical and many further dimensions of the lingering conflict. That said, let's head straight somewhat off the beaten track with this point. Will London come to the rescue?

Displays of grandeur will soon dominate London’s advances in international relations. A free trade deal here, a bilateral post-EU membership accord there. One can rest assured that British diplomats will be extremely busy in the upcoming years to cement the proactive role of a new Britain no longer restrained by the demands of Brussels’ bureaucrats.

Yet in order to achieve exactly that, it must position itself in a way that showcases its newly found relevance as a nation independent of the organization it formerly belonged to, the European Union, and be very careful not to adopt a pick-and-mix approach to foreign relations.

Meetings in Washington? Certainly, they are close friends. A return to warm relations between Moscow and London? Eventually, there is no way around it. Playing a powerful role in the United Nations? A must-have.

Very few mistakes could happen in these environments as everyone involved will be a seasoned policymaker, the compromise being the good order of the day. But being a truly global player requires a truly global attitude and approach. Staying in this context, let me fast forward to the current Cyprus situation.

World affairs usually commence right at your government’s doorstep. The U.K. – despite the fact that it has left the EU – will in all likelihood not be able to turn a blind eye when events transpire just a short flight away, turning a blind eye, in this case, meaning "We do not care about the EU anymore."

On the contrary, in order to increase its stature and regain trust amongst former EU colleagues who are desperately needed as continuous trading partners, it might be wise for London to consider stepping into a ring in which Brussels is more hesitant to act, where Brussels is leaving a big void.

Any nation, ever more so in this troubled (almost) post-pandemic era, will diligently examine the potential pitfalls of falling out of favor with a fellow nation or capital involved in a conflict of whatever sort. Siding with the wrong guys could spell trouble.

Many observers headquartered in Brussels will definitely lament not only that their dreamt up "House Europe" lost one of its core pillars but that one of the continent’s most advanced and experienced civil services left, too. The United Kingdom, even when it was still a member of the bloc, had always remained a brand of sorts in its own right, known as a country well respected for its international insight and global clout.

The big picture described above is where we stand today – so what is in it for London should it decide to push for a two-state Cyprus solution?

Four intertwined elements must be considered. First, Cyprus and the handling of its future has always been a political minefield so an experienced actor such as the U.K. needs to take the lead without whitewashing its colonial past in order to clearly demonstrate that times have changed.

Second, Britain has close relations with the southern part of the island nation so even if both sides disagree about the exact nature of a future Cyprus, London could convince the government that the status quo benefits no one.

Third, Britain has good (informal) relations with the northern part of the island nation; think a trade relations office in London and a specialist travel agency bringing over British tourists. It could thus become a sort of "influencer," a mediator in its own right as a guarantor power yet at the same time as a newly independent (from the EU) nation. And last but not least, Britain is not only on friendly terms with the southern part of Cyprus but with the Republic of Turkey, too.

Yet the EU kept Ankara in the waiting room as it had done so before, as Ankara did all it could to ease the regional tensions. For many years Ankara has been expressing its willingness to accept a federal, bipartisan solution to the conflict. Yet Greek Cypriot demands were over the top as always.

And thus the Republic of Turkey grew in stature, became a highly respected regional, and far beyond, political and economic actor. Besides, defending the legitimate rights of the population in the northern part of Cyprus was logical and above all else a humanitarian policy-making choice after the threats and violence experienced as a result of Athens-backed developments leading up to the fateful year of 1974.

In a soon post-COVID-19 world where nations have learned how to cooperate and show solidarity due to an unprecedented health crisis, the continued treatment of people living in Northern Cyprus as second-class citizens devoid of civil rights and thus statehood is morally wrong. Shall they wait another 47 years?

A two-state solution does not pose a risk to the southern part of the island – two sovereign states focusing on their peoples’ welfare will bring prosperity and international reputation to both, to the benefit of the entire Eastern Mediterranean region. It may not have seemed like the ideal way forward in 2004 but now there are no alternatives. Post-Brexit Britain has all the expertise required to lead the way forward.

A future article will focus on the economic viability and financial implications of a sovereign Northern Cypriot state.