Will Paris deal ratification open a new era for Turkey? 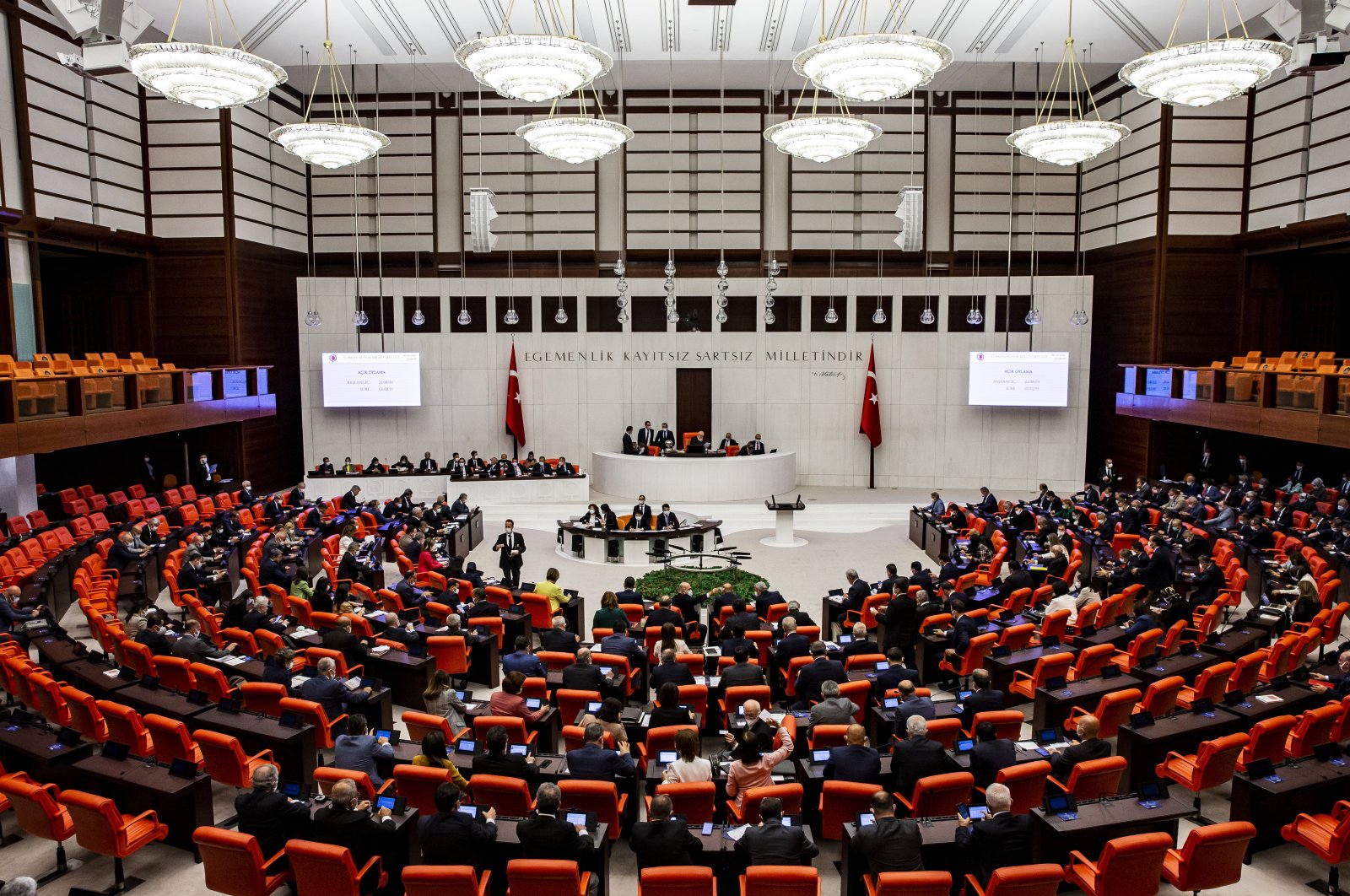 Climate-related policies require the utmost priority in the future, Turkey says as it calls for a global mobilization

Climate change, a top issue on the global agenda, continues to shape our era. According to the Intergovernmental Panel on Climate Change (IPCC), a United Nations body providing regular assessments of the scientific basis of climate change, its impacts, future risks and options for adaptation and mitigation, "climatic changes occur as a result of natural changes or human activities."

Since the last quarter of the 20th century, climate change and its negative consequences have been at the forefront of the most fundamental environmental issues. However, its root causes date back to the 1880s as the world witnessed the fallouts of the Industrial Revolution, which triggered the intensive use of fossil fuels in today's developed countries. After that, everything began to develop cumulatively and negatively, paving the way for today's climate crises.

Fortunately, environmental awareness has accelerated in the following period and the first step on climate change was taken in 1979 with the First World Climate Conference (WCC-1), organized under the leadership of the World Meteorological Organization (WMO).

In 1988, the U.N. General Assembly (UNGA) decided to "protect the global climate on behalf of present and future generations of humanity." In the same year, the IPCC was established with the joint initiative of the United Nations Environment Programme (UNEP) and the WMO.

The IPCC's First Assessment Report (FAR), confirming the reality of climate threat was published in 1990, and the Second World Climate Conference (WCC-2) was held the same year, calling for a global agreement on the issue. The U.N. Framework Convention on Climate Change (UNFCCC), which was agreed upon as a result of long negotiations based on this call, was opened for signature at the 1992 Rio Summit and entered into force in 1994.

According to the international climate convention, countries are divided into three groups under the “principle of common but differentiated responsibilities."

The convention's purpose is to prevent the negative impact of greenhouse gas emissions on the climate system. The convention emerged to directly combat environmental issues such as its sister agreements on desertification and biodiversity. However, its role changed with the Kyoto Protocol, prepared under the convention and entered into force in 2005. The protocol created a series of market mechanisms to combat emissions. Commercial purposes were also involved and a direct connection was established with the development policies of countries. In addition, emission reduction targets were defined for the countries.

Turkey was not a party due to its position in the convention. At that time, the country was included both in Annex-1 and Annex-2. However, after the decision taken at the Marrakech Climate Conference in 2001 to "recognize the special conditions of Turkey, which is in a different position from the other parties in the Annex-1 list of the convention, and to keep its name in Annex-1 and delete it from Annex-2," Turkey became a party to the convention as of 2004. In the following process, in 2009, Turkey became a party to the Kyoto Protocol as well.

Despite all efforts under the protocol, the desired results on a global scale weren't achieved. The negative consequences of climate change couldn't be brought under control as a reduction in the total amount of greenhouse gases in the atmosphere didn't happen. Finally, the international community started negotiations for a new agreement, namely the Paris Agreement.

Unlike the Kyoto Protocol, the Paris Agreement was negotiated in such a way that all countries could contribute to the greenhouse gas emission reduction process. In this context, all developed and developing countries were invited to submit their national contributions. Countries even prepared their national contribution intentions before the adoption of the Paris Agreement and submitted them to the U.N. Turkey also prepared the aforementioned document of intent, expressing its intention to reduce greenhouse gas emissions by up to 21% by 2030.

During the Paris Agreement negotiations, Turkey clearly expressed its expectations and red lines:

Following constant negotiations, it was stated that Turkey's request for access to finance and technology support could be fulfilled in the coming period and it was deemed appropriate for Turkey to accept the Paris Agreement in its current form. As a result, it was unanimously accepted by 195 countries, including Turkey, at the session on Dec. 12, 2015, in which all countries that were party to the Paris Agreement framework agreement were represented at the presidential, prime ministerial, or ministerial level.

The agreement's goal is to keep the global temperature rise below 2 degrees Celsius (3.6 degrees Fahrenheit) compared to the preindustrial revolution and to continue global efforts to keep this increase below 1.5 degrees Celsius. Halving global greenhouse gas emissions by 2030 and reaching the net-zero emissions target by 2050 are also key goals.

Under the Paris Agreement, obligations are defined for all parties, but some differences are expressed according to developed and developing countries:

Turkey has since declared its national contribution intention, continued its efforts to combat climate change on a national scale, reported a greenhouse gas inventory every year and presented its biannual reports within the scope of the contract. However, since there is no obligation to provide financial support under the contract, it does not have an ongoing obligation under the Paris Agreement.

While Turkey continues its international activities, it has also carried out important works on a national scale. On Feb. 17, 2021, it announced a new climate road map, called the "Climate Summit Final Declaration," at a summit held under the auspices of first lady Emine Erdoğan. In this context, there are several action plans, such as:

Parallel to these developments, the IPCC Working Group I (WGI) published a report in August 2020 and revealed some very striking findings. The report has explained the increase of greenhouse gas emissions and global and regional temperatures, as well as the effects of 1.5 and 2 degrees Celsius global warming on natural and human systems.

U.N. Secretary-General Antonio Guterres defined the report as "code red for humanity" and noted that "it's time to end fossil fuels that are destroying the world."

However, when we look at the report published by the U.N. Climate Change Secretariat in September which includes an examination of the national contributions and emission reduction targets for the countries, it is predicted that the emissions to be achieved as a result of the current policies will increase by approximately 16% in 2030 compared to 2010, which corresponds to the increase of 2.7 degrees Celsius according to the IPCC scenarios.

In his speech at the 76th UNGA meeting held in New York, President Recep Tayyip Erdoğan said the Turkish government would submit the Paris Agreement to Parliament for approval. The country then ratified the Paris deal and the U.N. welcomed it.

Turkey, under Erdoğan's leadership, has taken another historic step toward securing the future of our children. With this move, Turkey has confirmed that it will continue its climate struggle for the future of the world and nature.

At next month's Glasgow Climate Conference, Turkey will further highlight what it has done so far to combat climate change.

Turkey will resolutely implement plans and policies according to the climate agenda in different areas, from economy and energy to agriculture and transportation. The country will assume a leading role in the fight against climate change and will resolutely continue its green technology breakthroughs in every sector of the economy.