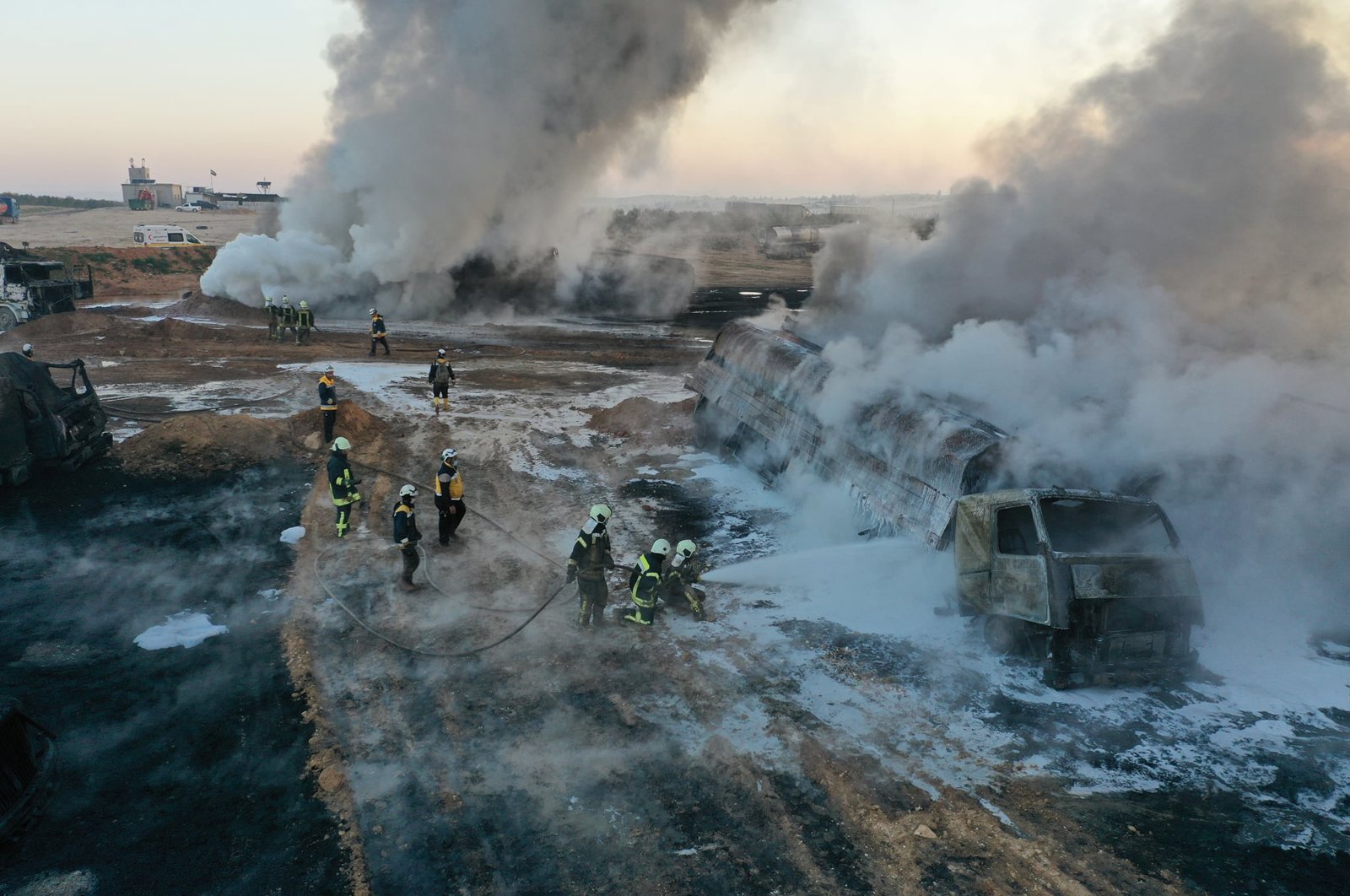 In this photo provided by the Syrian Civil Defense group known as the White Helmets, civil defense workers extinguish burning oil tanker trucks after a suspected missile strike around the towns of Jarablus and al-Bab, near the border with Turkey, in western Aleppo province, Syria, March 6, 2021. (AP Photo)
by DAILY SABAH Mar 08, 2021 10:53 am
RECOMMENDED

One civilian was injured in mortar attacks targeting the town of al-Bab in northern Syria from Tal Rifaat, which is under the occupation of the PKK terrorist organization’s Syrian wing, the YPG, on Sunday.

The YPG attacked the villages of Hazvan and Susyan in al-Bab, which were cleared of terrorists with Turkey's Operation Euphrates Shield.

The districts of northern Syria that are under Turkish control are regularly targeted by the YPG, which seized control of large swathes of land in the northern parts of the country with the Bashar Assad regime's blessing when clashes intensified in 2012.

The terrorist organization has a lengthy record of human rights abuses, ranging from kidnappings, recruiting child soldiers, torture, ethnic cleansing and being responsible for the forced displacement in Syria.

Turkey launched Operation Euphrates Shield on Aug. 24, 2016, to eliminate the terror threat on Turkey's southern borders posed by Daesh and the YPG/PKK.

SNA forces had seized the motorcycle in Aliyah village and loaded it onto a pickup truck to neutralize it in a safe place. But a soldier was killed and two others wounded when the motorcycle exploded.

The YPG terrorist organization has attempted to use stolen motorcycles and vehicles to carry out attacks in crowded places.

Ras al-Ain was similarly liberated from terrorists by Turkey’s Operation Peace Spring on Oct. 12, 2019, which was launched to secure Turkey's borders by eliminating the YPG from northern Syria and east of the Euphrates, as well as aid in the safe return of Syrian refugees and ensure Syria's territorial integrity.