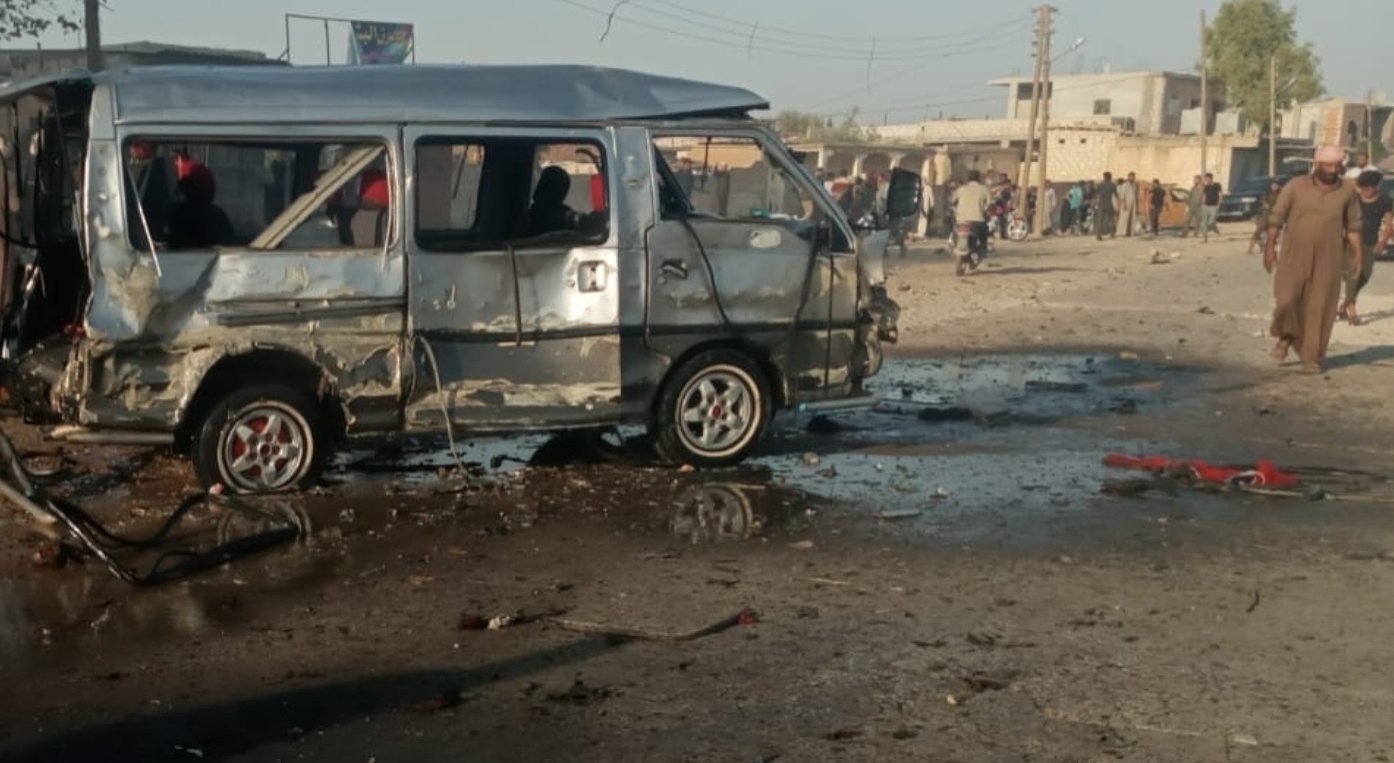 Four civilians, two of them children, lost their lives early Monday in a bomb explosion in Syria’s northern Ras al-Ain, which was cleared of terrorists in Turkey’s Operation Peace Spring.

The reason for the blast could still not be determined. Nine civilians were also wounded and taken to the closest hospital.

Ras al-Ain was freed from YPG terrorists, the PKK's Syrian offshoot, on Oct. 12, 2019, as part of Turkey's Operation Peace Spring. The operation was launched on Oct. 9, 2019, to secure Turkey's borders, by eliminating the terrorist group from the east of the Euphrates river in northern Syria, and to aid in the safe return of Syrian refugees while ensuring Syria's territorial integrity.

The terrorists, however, have continued attacks in Ras al-Ain and the nearby city of Tal Abyad, despite their withdrawal from the border area following negotiations between the United States and Turkey on Oct. 17, 2019.

In July, the blast from an explosives-rigged motorbike ripped through a vegetable market there, killing at least eight people, including six civilians.