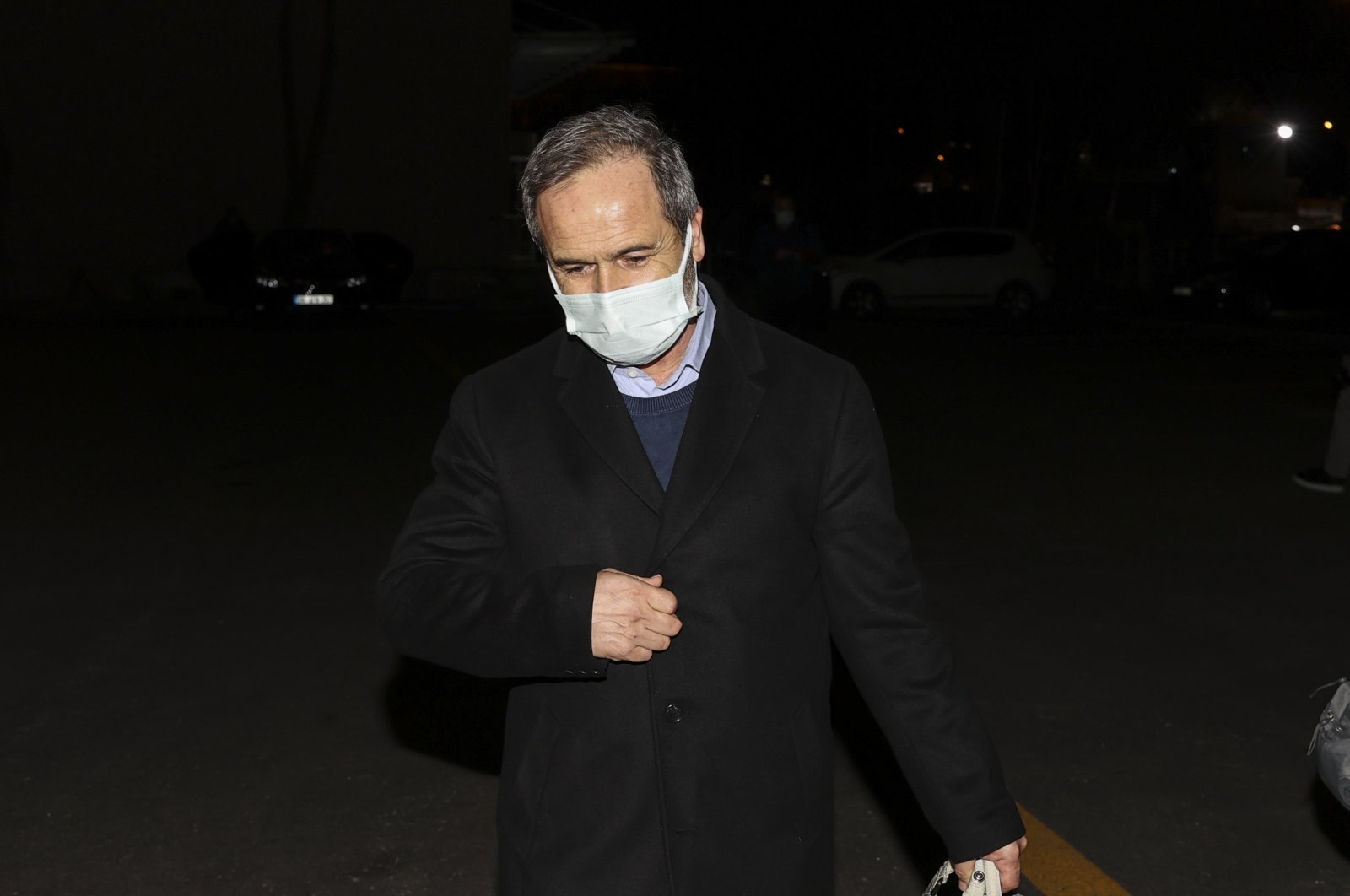 Former Turkish Adm. Ergun Mengi, one of the 104 retired navy officers who signed a so-called declaration, is released under judicial control, April 13, 2021. (AA Photo)
by DAILY SABAH Apr 13, 2021 12:22 am
RECOMMENDED

After a 4.5-hour investigation led by the prosecutor, admirals Atilla Kezek, Alaettin Sevim, Ramazan Cem Gürdeniz, Nadir Hakan Eraydın, Bülent Olcay, Kadir Sağdıç, Türker Ertürk, Turgay Erdağ and Ali Sadi Ünsal were released from custody. Engin Baykal, Cemil Şükrü Bozoğlu, Mustafa Özbey and Atilla Kıyat, all above the age of 70, could not be questioned in person. Judicial control was requested for 13 other retired admirals. Ergun Mengi, however, was sent to the Criminal Court on Duty with the request for an arrest for writing the declaration and publishing it on the Whastapp group named ADMEK-2.

Investigators also discovered that Mengi texted retired Adm. Ali Yüksel Önel the following: "Thank you very much, my commander, the main reaction will be to the admiral with clogs, removing the interference of reactionism from the military school entrance requirements and the lessons of Atatürk's Principles and Revolutions from the sergeant courses. But establishing a consensus in the group was very difficult. For this reason, I will prepare a statement that includes messages in the last paragraph on the pretext of Montreux."

Still, after the release of the other 13 admirals, Mengi was also released under judicial control after being referred to court.

During the investigation, the prosecutor also questioned the admirals to determine if there was a hierarchical order in the list of signatures in the declaration, in addition to their interrogation at the police station. It was also stated that the admirals were asked whether they removed their signatures as per Article 316/2 of the Turkish Criminal Law (TCK), and the admirals responded that they would not remove their signatures since they did not act with the intention of committing a crime in the first place.

"Getting to this point from such a simple press release is a complete communication failure but do not ask us to search for the reasons behind this failure. The text is very clear and prepared in good faith. I thank the Turkish judicial system and the police force," Gürdeniz said in a speech with the press after being released.

After Turkey's decision last month to withdraw from the Istanbul Convention, a European treaty aimed at preventing and combating violence against women, with a presidential decree, it came into question whether Turkey could withdraw from other international agreements the same way. In a TV interview, Parliament Speaker Mustafa Şentop said that technically it is possible and gave the example of The Montreux Convention Regarding the Regime of the Straits. Following discussions about Şentop's statements, 104 retired admirals released a statement warning the government.