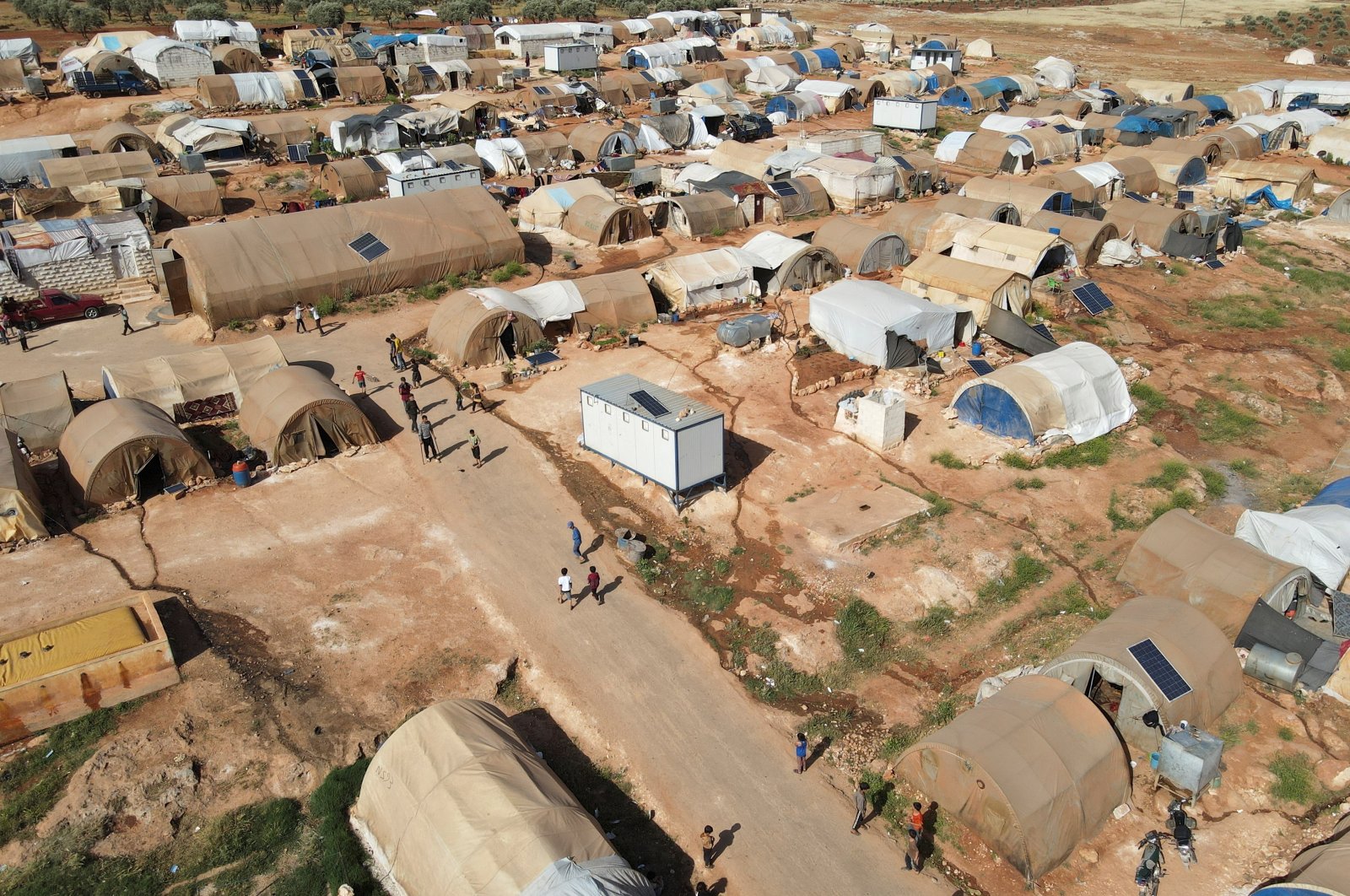 The head of the Syrian opposition criticized the upcoming elections, expected to yield a win for Bashar Assad, saying that the regime continues to bomb its own people and has plunged millions into poverty and displacement

Syria’s economic trouble is not caused by sanctions but due to the Bashar Assad regime using the country’s resources to attack its own people and giving resources over to its allies, namely Iran and Russia, Abdurrahman Mustafa, head of the Syrian Interim Government, stated.

Mustafa told Daily Sabah in an exclusive interview that the country has been struggling for 10 years both economically and in a humanitarian regard. He reiterated that the United Nations’ 2020 report stated 90% of the Syrian people are living below the hunger threshold.

“Millions of people live in tents in difficult conditions at a time when unemployment has increased due to forceful displacements by regime forces and their allies,” he stated, stressing that Syria’s economy is worse than it has ever been, with the Syrian pound further losing value.

“The monthly income of a person has fallen to as low as $20.”

“The reason for this awful situation is not economic sanctions as the regime and its allies claim. The real reason is that the regime uses the country’s resources to attack its own people, leaving the people hungry and in poverty while handing the resources over to the use of its allies Iran and Russia,” Mustafa underlined.

Syria's war has devastated the country's economy since 2011, plunging around 90% of its people into poverty, according to the United Nations.

Much of the economy in regime-held areas has been shuttered to prevent the spread of the coronavirus. The World Food Programme (WFP) last year said food prices had doubled in a year to an all-time high across Syria. Over that same period, people in regime-held areas have faced fuel crises, a plummeting Syrian pound on the black market and steep price hikes. Damascus has blamed Western sanctions for its struggling economy.

Mustafa stated that bad administering and corruption in all levels of the government also contributed to Syria’s economic downturn.

He once again criticized the international community for not acting and giving the Syrian people the necessary support while the regime rejects a political solution, threatening the region’s peace, stability and Syrians themselves.

“From past experiences, it is known that the regime does not promise any cease-fire or agreement but carries out massacres whenever it has the possibility. The fact that there is no international deterrent causes the regime and its allies to conduct ever more crimes against the Syrian people.

“We got used to the regime bombing its own people as a means to put pressure on Turkey and the international community and to make its election theater accepted.”

He also thanked Turkey’s efforts to reach a cease-fire with Russia, “which had been bombing the Syrian people.”

A fragile truce was brokered between Moscow and Ankara in March 2020 in response to months of fighting by the Russia-backed regime. Almost a million people have fled the Assad regime’s offensive. The regime still frequently carries out attacks on civilians, hindering most from returning to their homes and forcing them to stay in makeshift camps.

The elections, which the Assad regime set for May 26, will block the roads to a political solution for the Syrian conflict, Mustafa pointed out.

Calling the elections nonsense, he highlighted that they have neither a political nor legal basis.

“The regime lost its legitimacy in the eyes of the Syrian people and the international community long ago. The current elections are reimposed so that this dictator (Bashar Assad) and his allies can kill and displace its people without a moral deterrent.”

The decision to hold elections was made despite the ongoing military conflict, lack of any political solution in sight, failure of negotiations between the opposition and the regime, and the displacement of more than 10 million Syrians either as refugees or internally displaced persons.

The election will be the second since the civil war erupted in 2011. The conflict has killed more than 388,000 people and prompted more than half of Syria's prewar population to flee their homes.

It will likely yield a win for Assad, who has held power for the past 21 years.

In order to qualify, candidates have to have lived in Syria continuously for at least 10 years, in essence barring opposition figures in exile from running.

Candidates must also have the backing of at least 35 members of parliament, which is dominated by Assad's Baath Party.

Thousands of people across Syria on Friday protested against the upcoming election. Demonstrators gathered in al-Bab, Azaz and Idlib – all in northern Syria, areas outside Assad regime control – to oppose the so-called elections set to be held next week in the war-ravaged country.

Rashid Hamdavi, another protester, said they oppose both the regime and the sham election.

"The Syrian revolution will continue until the Assad regime is toppled," Hamdavi said.

Syrians in Turkey also protested the elections last week in Istanbul, gathering in front of the Syrian Consulate General in the city's Harbiye district.