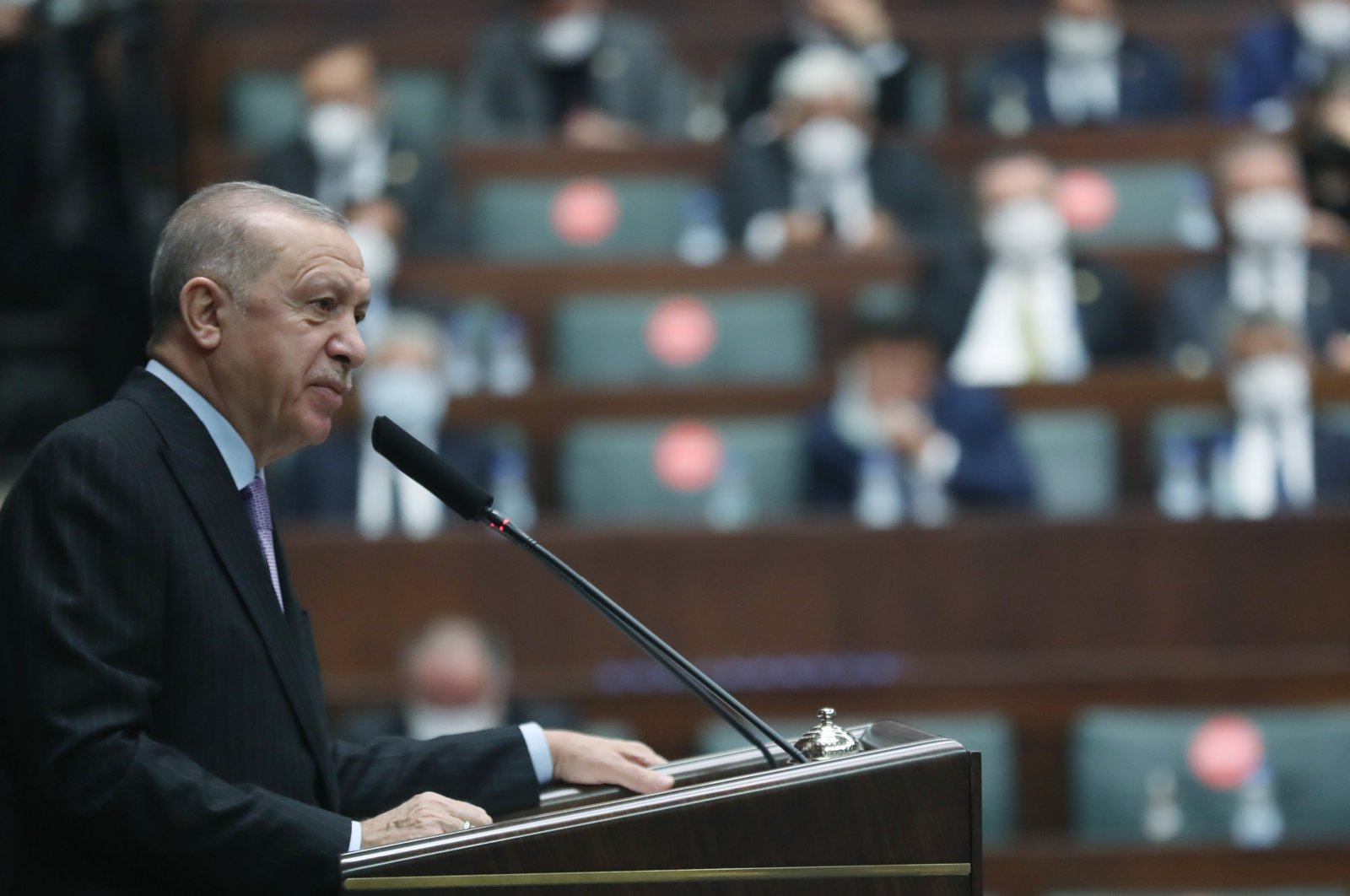 “The project led by the CHP aimed to resurrect the old Turkey, overthrow our democracy, crush our economy and take our people captive,” Erdoğan said at the Justice and Development Party's (AK Party) group meeting at Parliament in the capital Ankara.

Erdoğan said that the CHP, by rejecting the Syria and Iraq troop mandate votes as well as its stances after that, is targeting Turkey directly and added that this change in stance did not happen on its own but through directives coming from abroad.

The AK Party, the Nationalist Movement Party (MHP) and the opposition Good Party (IP) backed the Iraq and Syria motion. The CHP and the pro-PKK Peoples' Democratic Party (HDP), however, voted against it.

The motion allows the Turkish military to carry out cross-border operations in northern Iraq and Syria for two more years, from Oct. 30, 2021, until Oct. 30, 2023. It stated that the risks and threats posed by ongoing conflicts near Turkey's southern land borders "continue to rise."

“Those that are thanking the CHP, patting its back after the vote, hold their strings. The CHP has been aspiring to be the subcontractor of Turkey's sworn enemies within the country,” he added.

He said that while the party initially criticized Turkey's stance toward foreigners and kept the country’s agenda busy with lies and false statements, it has now shifted its focus to inflicting concrete blows to national interests.

Erdoğan criticized the main opposition further for not knowing how to govern a state, how security units work, what the international process requires, what the Constitution and laws say, and what the available opportunities are.

Saying that one must be cautious in some cases, Erdoğan stated: “Those that blamed people saying ‘yes’ to the Iraq and Syria mandates for betrayal just yesterday, today talk about eradicating the PKK. He (CHP Chairperson Kemal Kılıçdaroğlu) speaks of resolving all the country’s problems and stresses on one side, and tries to hinder public officials from serving, businesspeople from doing their work while trying to stop investment. In the past few days, he also started to say ‘let’s make amends.'”

“First, you must receive the blessings of my girls, sisters with headscarves,” Erdoğan said, referring to past oppressive CHP policies on religious attire.

The president’s words came after Kılıçdaroğlu over the weekend opened the "making amends debate" and thereafter published a letter announcing with which circles he aims to make "amends."

“Making amends means confronting, making peace, being able to continue. We will do this with communities that have wounds. We will heal the wounds opened by the perpetrators of the Feb. 28 (post-modern coup) and will make amends. We will make amends with our girls wearing headscarves who were forced into persuasion rooms,” Kılıçdaroğlu said, which were used to convince students to remove their headscarves through psychological torture at that time. “We will make amends with Roboski (massacre). Look, the judiciary is something different, making amends is something different. The state will pay these people compensation,” he added, listing further groups.