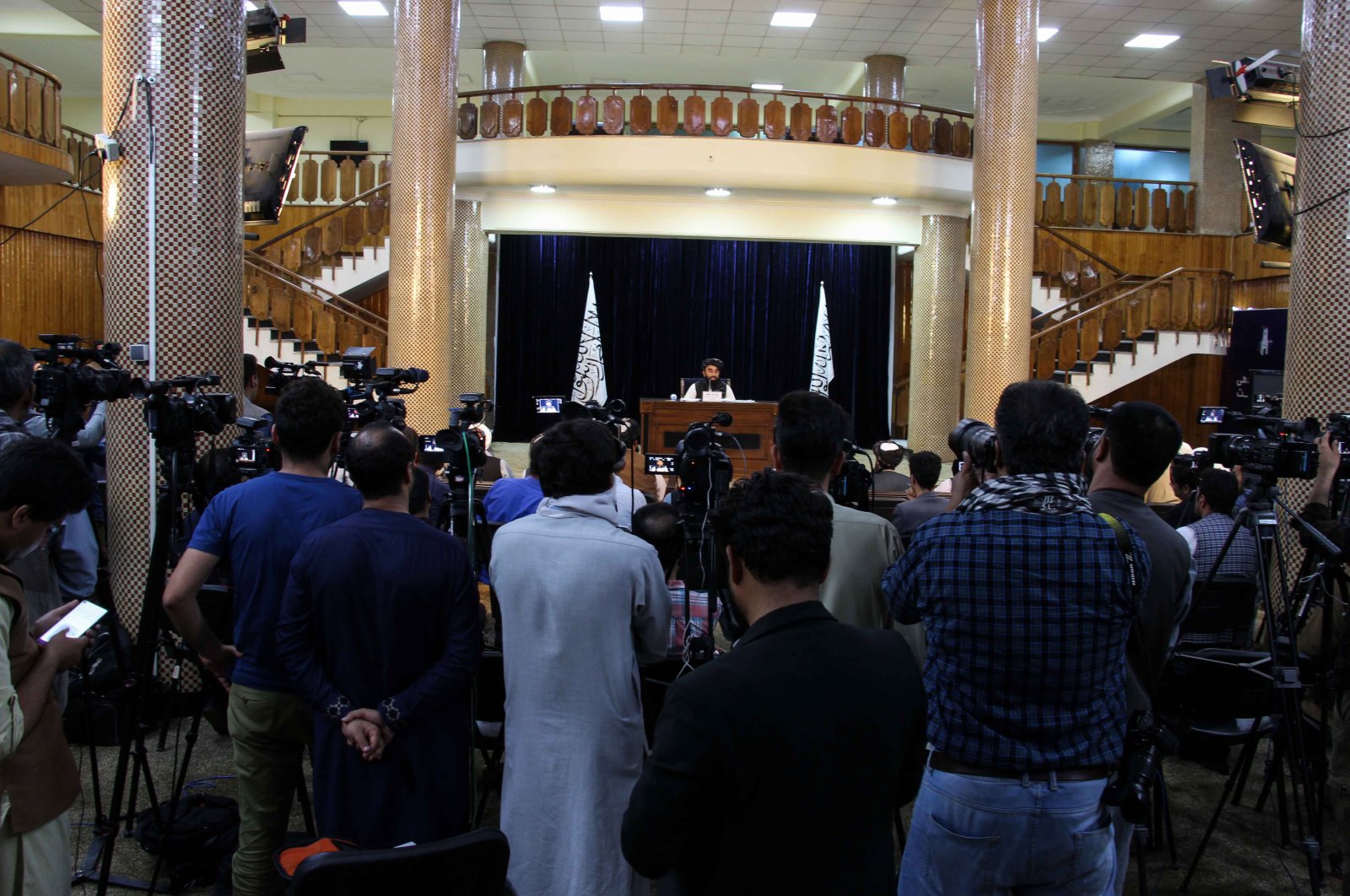 Zabhiullah Mujahid, the Taliban spokesperson, talks with journalists as he announces the interim government during a press conference in Kabul, Afghanistan, Sept. 7, 2021. (EPA Photo)
by DAILY SABAH WITH AA Sep 28, 2021 4:41 pm
RECOMMENDED

Speaking to Anadolu Agency (AA) about the latest developments in his country, Hanafi evaluated the Afghanistan-Turkey relations.

"Afghanistan and Turkey are two brotherly countries. In particular, the friendship relations of the two nations are so ancient that one cannot be separated from the other. During the Soviet Union's occupation of Afghanistan, both the Turkish state and its nation stood by the Afghan people. It helped the people of Afghanistan. We want to be in close relations in the future as well," he said.

Hanafi expressed the following regarding his expectations from Turkey: "Our expectation from the Turkish people is that the institutions and people who do humanitarian aid and charity work will help the Afghan people on various issues. We expect them to help the people of Afghanistan in education, health and all areas where people are needed."

He also called on Turkey to be the first country to formally recognize the new administration in Afghanistan.

Hanafi also stated that the 20-year-long U.S. occupation has damaged every area of ​​his country and that it is a moral responsibility of Western countries to compensate for this damage.

Turkey's Foreign Minister Mevlüt Çavuşoğlu on Monday announced that humanitarian aid will be sent to Afghanistan by land via Pakistan, as it is faster and less costly.

President Recep Tayyip Erdoğan also recently highlighted the importance of an inclusive government in Afghanistan, as he said it was crucial in reaching a deal regarding the operation of the Kabul Hamid Karzai International Airport.

Turkey had been planning to help secure and run the Kabul airport before the Taliban’s swift capture of the Afghan capital last month. There were also negotiations on the subject this summer between Turkish and U.S. officials but after the Taliban’s return, Turkish troops stationed in the country pulled out. Turkey’s withdrawal alongside other NATO forces followed the end of the United States’ longest military conflict last month.