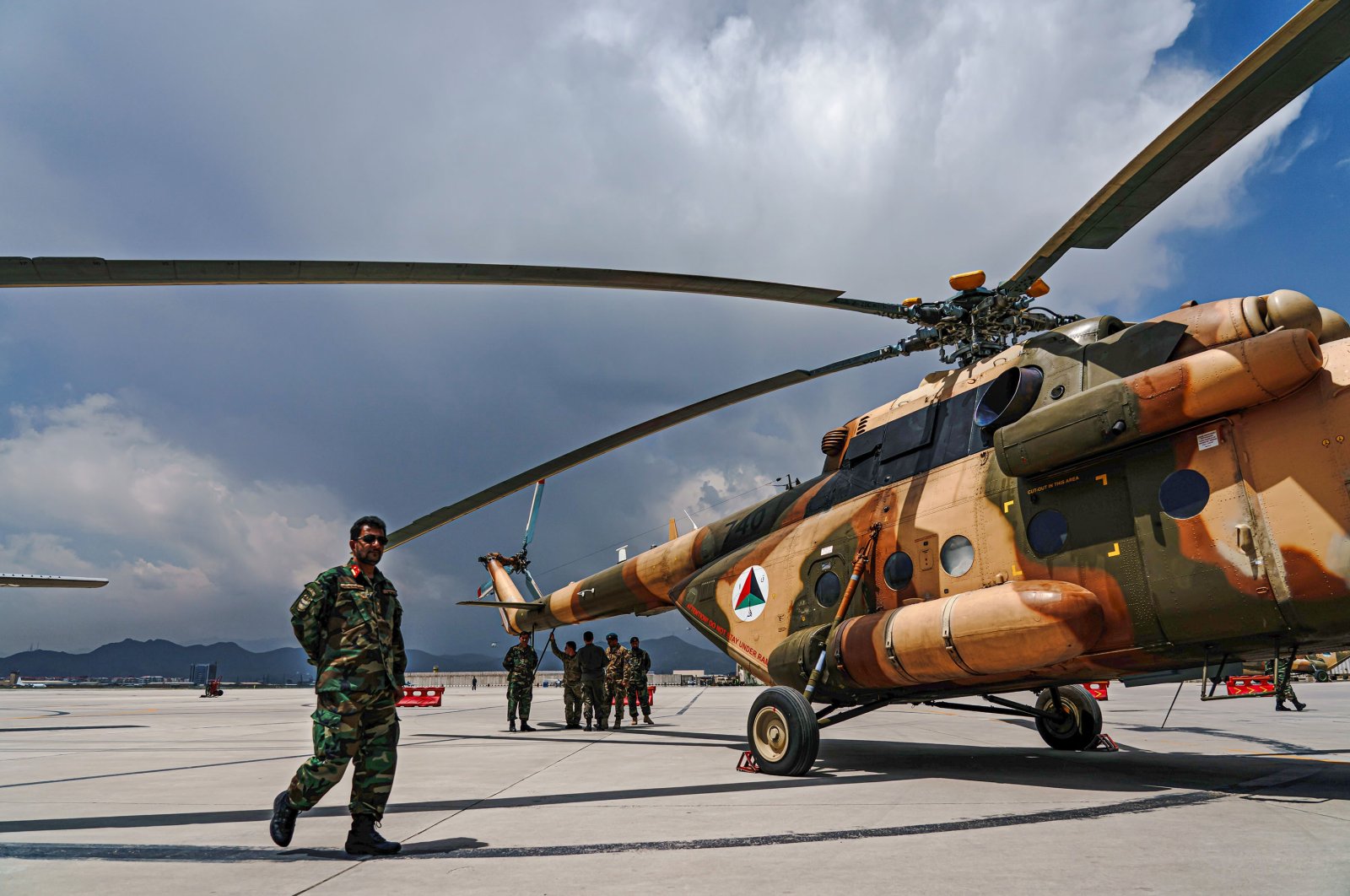 Members of the 777 Special Mission Wing stand ready during a visit by Chief of General Staff of the Armed Forces Gen. Mohammad Yasin Zia, at their base in Kabul, Afghanistan, April 28, 2021. (Getty Images)
by DAILY SABAH Jul 09, 2021 10:47 am
RECOMMENDED

The Afghan government will support the mission that Turkey is envisaged to undertake at Kabul Hamid Karzai International Airport after the complete withdrawal of United States troops from the country, Afghanistan’s Ambassador to Turkey Amir Ramin stated Thursday.

“Thank you brotherly Turkey as our most trusted friend for the continuation of this important role beyond the Resolute Support Mission. We will extend all necessary support for the success of this mission,” Ramin wrote on Twitter after Turkish Defense Minister Hulusi Akar and his U.S. counterpart Lloyd Austin held a phone call on the issue earlier in the day.

Similarly, the Afghan Foreign Ministry stated that Turkey has assured Afghanistan of its support in the wake of the U.S. withdrawal.

Afghanistan's Deputy Foreign Minister Mirwais Nab praised Ankara's efforts in supporting the peace process in Kabul during a meeting with Turkey's Ambassador to Afghanistan Cihad Erginay. Nab stressed the importance of Turkey's effective role in the success of the negotiations and the provision of a lasting and just peace based on the will of the Afghan people.

According to the Foreign Ministry, Nab told Erginay that Afghan defense and security forces have been able to repel many of the terrorist attacks by the Taliban and their terrorist allies. It said that while emphasizing that there is no military solution to the Afghan problem, Nab expressed the commitment and good faith of the Afghan government toward a political solution.

The Turkish ambassador reaffirmed his country's continued support and assistance to Afghanistan in the post-withdrawal phase as well as Ankara's readiness to make any efforts to find a political solution to the Afghan issue, it added.

The two stressed the importance of working together to ensure peace and stability in the country and stressed the need to continue consultations to strengthen the consensus to persuade the Taliban to end the violence and return to the negotiating table.

The Turkish envoy said last week that the Turkish government was working to ensure the support of regional countries, especially Pakistan, to achieve lasting peace and stability in Afghanistan.

Regarding the recent Afghanistan talks, President Recep Tayyip Erdoğan also stated Friday Turkey and the U.S. agreed on the "scope" of how to secure Kabul airport under the control of Turkish forces after Washington's withdrawal from Afghanistan.

Erdoğan said the issue was discussed between Turkish and American defense ministers on Thursday, adding: "During discussions with America and NATO, we decided on what would be the scope of the mission, what we would accept and not accept."

Afghanistan's air force was already under severe strain before the Taliban's lightning offensive overwhelmed the government's northern and western positions, which will likely put further pressure on the country's limited aircrafts and pilots.

Afghanistan's President Ashraf Ghani said the government could handle the situation, but admitted difficulties lay ahead. "What we are witnessing is one of the most complicated stages of the transition," he said in a speech in Kabul. "Legitimacy is ours; God is with us," he said.

The Taliban have been emboldened by the troop withdrawal and with peace talks with the government deadlocked, appear to be pressing for a full military victory.