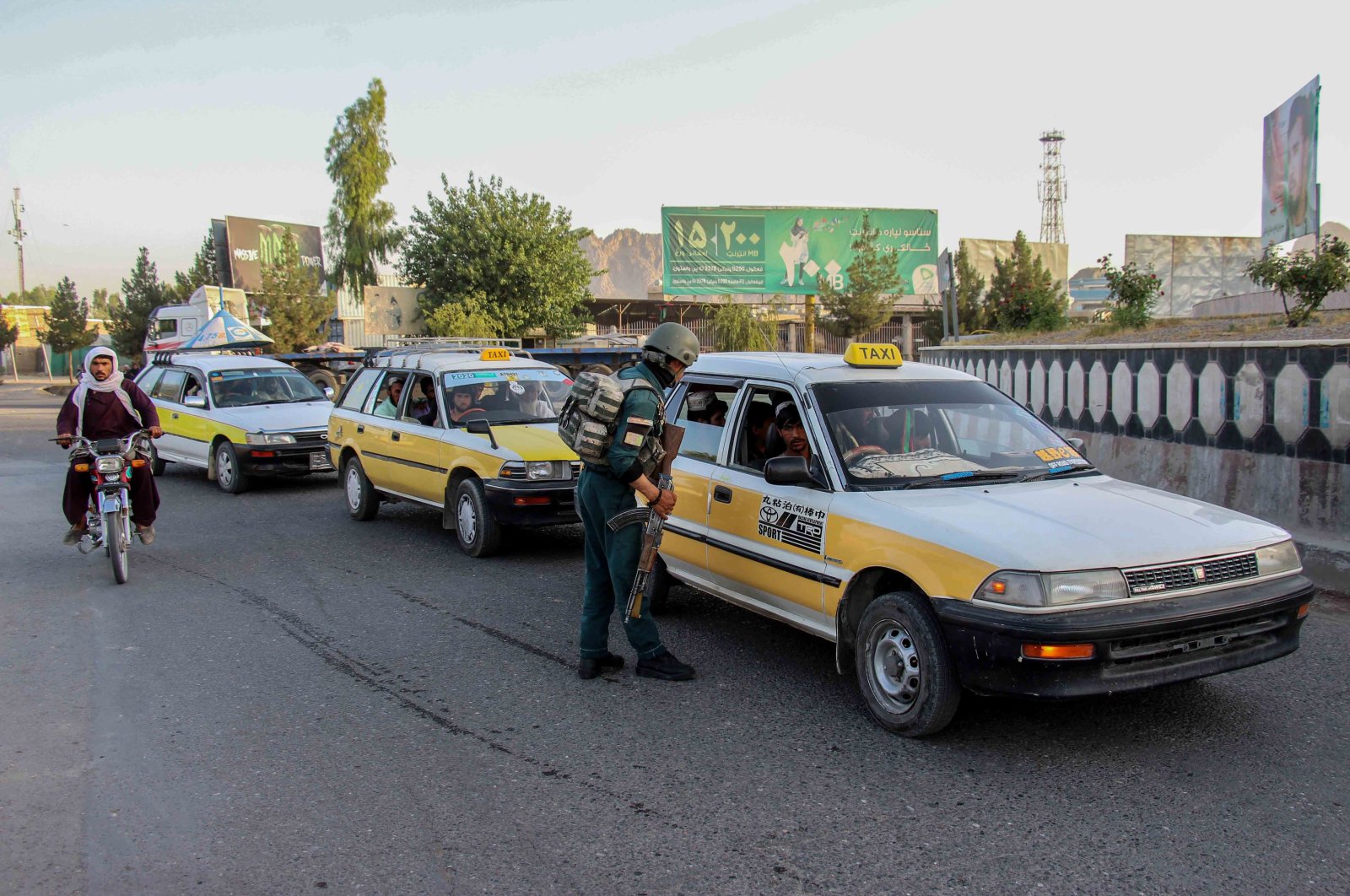 The Taliban have opposed Ankara's proposal to guard and run Kabul's international airport after the departure of United States-led NATO forces from the war-torn country, saying that Turkey should also withdraw its troops in line with the 2020 deal for the pullout of U.S. forces from Afghanistan.

The development raises serious questions for the U.S., other countries and international organizations with missions in Kabul about how to securely evacuate their personnel from landlocked Afghanistan should fighting threaten the capital.

Asked in a text message whether the Taliban rejected Turkey's proposal to keep forces in Kabul to guard and run the international airport after other foreign troops leave, the Taliban spokesperson in Doha responded that they should go as well.

"Turkey was part of NATO forces in the past 20 years, so as such, they should withdraw from Afghanistan on the basis of the agreement we signed with the U.S. on 29th Feb. 2020," Suhail Shaheen told Reuters.

"Otherwise, Turkey is a great Islamic country. Afghanistan has had historical relations with it. We hope to have close and good relations with them as a new Islamic government is established in the country in the future," he added.

Ankara has offered to guard and run Kabul’s Hamid Karzai International Airport after the U.S. and other NATO forces withdraw from Afghanistan, Turkish officials recently said, telling Reuters that Ankara made the proposal at a NATO meeting in May when the U.S. and its partners agreed on a plan to withdraw troops by Sept. 11 after 20 years of war against the Taliban forces.

Turkish officials say they made the Kabul airport proposal at a NATO meeting in May when the United States and its partners agreed to a plan to withdraw their forces by Sept. 11 after 20 years of backing the Afghan government in a war against the Taliban.

"We intend to stay in Afghanistan depending on conditions. What are our conditions? Political, financial and logistical support. If these are met, we can remain at Hamid Karzai International Airport," Defense Minister Hulusi Akar said this week. Foreign Minister Mevlüt Çavuşoğlu also said that Turkey was discussing the security of the airport with allies, namely the U.S., but that no country could handle the mission without support.

Following statements from Ankara, the Pentagon Wednesday said that Turkey and the United States held preliminary talks on the security of Kabul’s Hamid Karzai International Airport after the withdrawal of American and other NATO forces from Afghanistan.

NATO allies Ankara and Washington have been at odds over a host of issues, from Turkey's purchase of Russian S-400 missile defense systems – a move that drew U.S. sanctions last year – to regional policy differences, human rights, legal matters and the U.S. support to the PKK terrorist group's Syrian branch, the YPG.

Despite these differences, officials say Turkey has offered to guard and run Kabul's airport after NATO forces withdraw from Afghanistan, in a move that could serve as a potential area of cooperation between Ankara and Washington. The airport plan may offer a rare opportunity to build goodwill and trust, and could help improve ties between Ankara and the West.

NATO leaders will discuss Afghanistan at a summit next Monday, where President Recep Tayyip Erdoğan will meet with President Joe Biden for the first time since he took office.

At the request of the U.S., Turkey earlier in the year pledged to host a high-level international peace conference on Afghanistan in April, but the Taliban declined to attend, forcing Ankara to postpone it.

Under the February 2020 deal secured with the Taliban under former President Donald Trump, all U.S. forces were to be out of Afghanistan by May 1.

But Biden said in April that the pullout would be completed by the 20th anniversary of Sept. 11, 2001, the al-Qaida attacks on the U.S. that prompted the U.S.-led invasion and ouster of the Taliban government that sheltered the group.

With violence raging, many U.S. lawmakers and current and former officials fear the departure of the foreign forces and stalled peace talks are pushing Afghanistan into an all-out civil war that could return the Taliban to power.

The Pentagon says the U.S. withdrawal is more than 50% complete. Turkey, with more than 500 soldiers still in Afghanistan training security forces, now has the largest foreign military contingent there.

Australia closed its embassy last month because of security concerns. The Taliban's effective rejection of the Turkish plan to secure the airport could prompt other countries to shutter their missions.

The development also poses a quandary for the Biden administration, with Secretary of State Antony Blinken vowing as recently as this week at a congressional hearing to maintain a U.S. diplomatic presence in Kabul.