All countries need to take action to protect biodiversity: Erdoğan 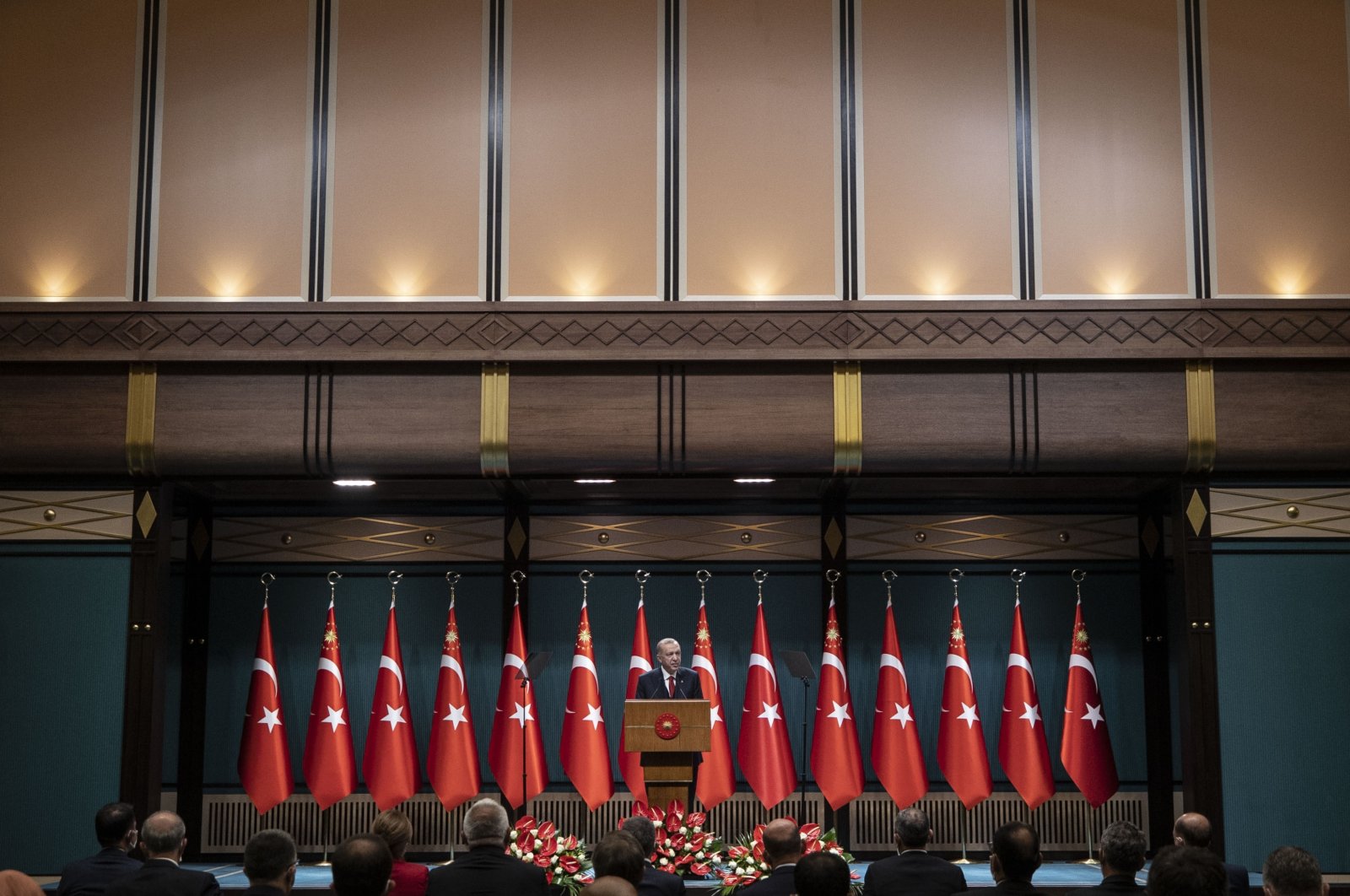 President Recep Tayyip Erdoğan highlighted the necessity for global cooperation in the face of climate change, saying that all countries should shoulder responsibility and that Turkey will do all that is necessary to protect biodiversity.

“Regardless of economic power, location or historical responsibility, all countries should take action on climate change,” Erdoğan said in his video message to the United Nations Biodiversity Conference, also known as COP15.

Mentioning the global challenges of climate change, environmental disasters, pollution, water and food safety, and the loss of biodiversity faced by humanity, the president said that the recent disasters in various parts of the world have revealed the grave extent of these problems.

“We all know the fact that everything in nature is interconnected like the links of a chain. Destroyed biodiversity means a polluted environment, lost food and water,” said Erdoğan.

Stressing the importance of global cooperation, the Turkish president pointed out that the fight against climate change and environmental problems cannot be left to specific countries. He underlined that all countries, regardless of their economic power or geographic location, should take responsibility in this regard.

He highlighted that climate change has not only had a negative impact on nature but is one of the factors that has turned the Mediterranean Sea into a “huge refugee graveyard.”

With the mindset that one must care for creatures for the sake of the Creator, the country is determined to protect its biological diversity both on land and in its seas, Erdoğan said.

“Thanks to our National Biodiversity Inventory and Monitoring Project, we have prepared our biodiversity inventory. Four hundred and twenty-eight of the inventoried species are local endemic species, and 3,275 of them are endemic and found only in Turkey across the world,” he added.

Figures show Turkey is home to more than 13,000 plant and animal species. Records of the vast array of species are registered in the Noah’s Ark National Biodiversity Database in the capital Ankara. The database has more than 1.9 million entries so far, including information about species, their subspecies, newfound data and more.

Pointing out that Turkey will play a leading role in taking the necessary steps for the protection of biological diversity at home and abroad in this process, Erdoğan reiterated his belief that fair, equitable and conscientious solutions can be found to all global challenges.

The president continued by saying that Turkey will play a leading role to ensure that necessary steps are taken to protect biodiversity, and will be hosting a conference on the issue.

“In this context, we plan and implement the protection of biodiversity, ensuring its sustainability and integration into the economy with long-term and realistic policies. We will host the 16th Conference of Parties of the U.N. Convention on Biological Diversity and assume the presidency of the convention in 2022-2024.”

The U.N. Biodiversity Conference convenes governments from around the world to agree on a new set of goals for nature over the next decade through the Convention on Biological Diversity in the post-2020 framework process.

The framework also sets out an ambitious plan to implement broad-based action to bring about a transformation in society’s relationship with biodiversity and to ensure that, by 2050, the shared vision of living in harmony with nature is fulfilled.

Turkey is expected to set new targets and prepare action plans for emissions reduction after it became one of the 191 countries that ratified the Paris climate deal last week to contribute to global efforts against climate change.

As a first step, Turkey is expected to update its national climate action plan, officially known as Nationally Determined Contribution (NDC), including emission reduction targets in the "energy, waste, transportation, buildings and agriculture" sectors and submit them to the U.N. Secretariat.

Turkey committed to reducing its emission increase by 21% by 2030 as part of its climate action plan submitted to the U.N. Secretariat in 2015.

As part of the Paris Agreement, Turkey is expected to update and resubmit its NDC to the Secretariat for the 2030 target.

Another important target of Turkey in the fight against climate change is to achieve "net-zero carbon emissions" by 2053, a plan announced by Erdoğan.

Turkey will determine a long-term strategic action plan on combating climate change at the meeting, which will be attended by representatives of the private sector, nongovernmental organizations (NGOs), universities, industrialists and international organizations.