Turkey, Greece agree to meet in Geneva for talks 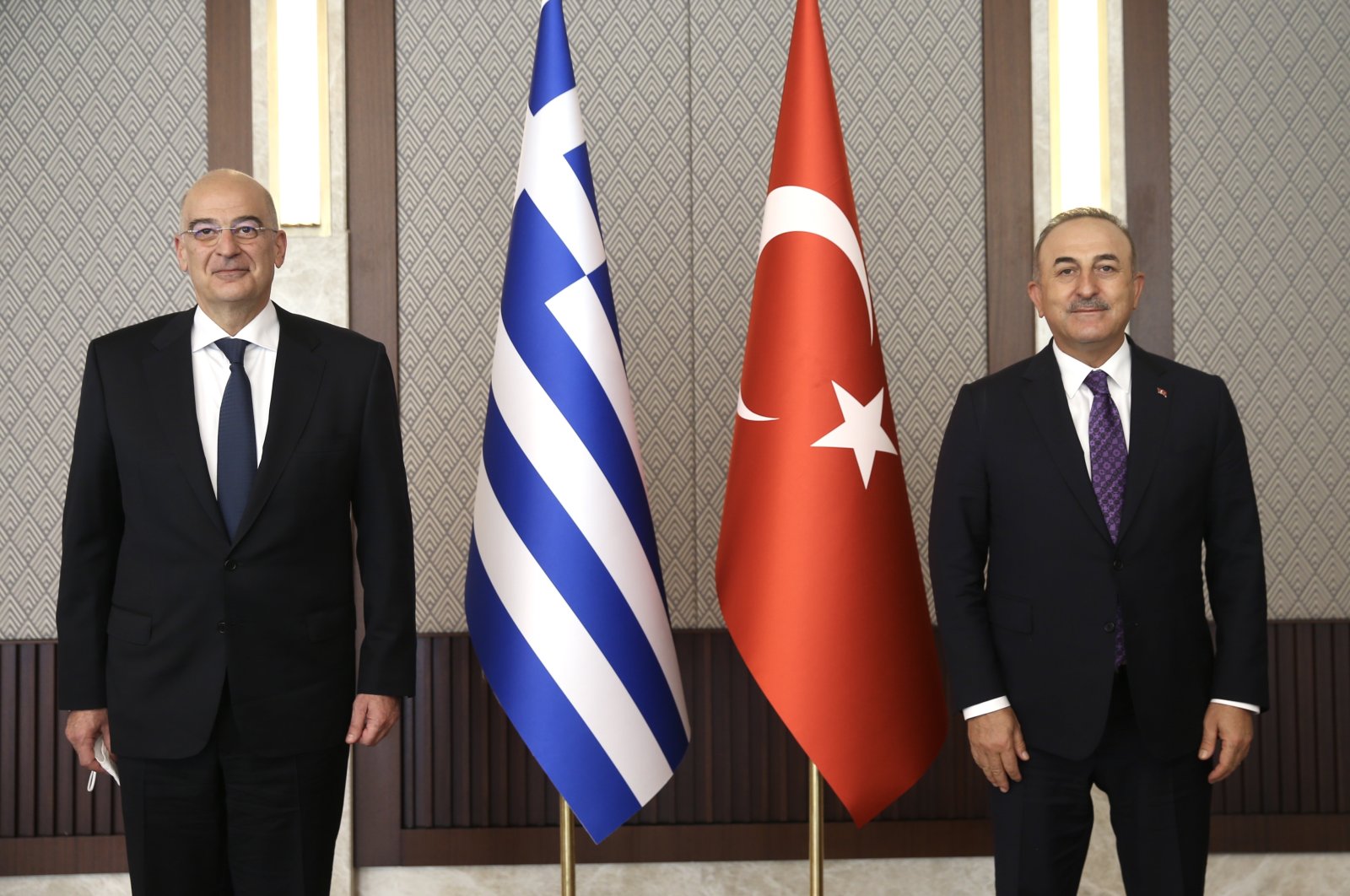 "We have agreed to meet in Geneva at the end of this month. We will continue to work together to improve Turkey-Greece relations," the Turkish foreign minister said on Thursday.

Mevlüt Çavuşoğlu also added that Turkey believes that disputes with Greece can be resolved "through constructive dialogue."

"The only way to solve problems between Turkey and Greece is dialogue as two neighboring countries. We do not need third parties selling us ammunition or forcing us other ways," Çavuşoğlu said.

In a joint news conference with his Greek counterpart Nikos Dendias, he also added that faits accomplis and provocative rhetoric should be avoided in relations between the two countries.

The news conference opened with conciliatory remarks from Çavuşoğlu in which he praised "the very positive dialogue" they just held in the Turkish capital.

But Dendias used his opening remarks to rattle off a series of longstanding complaints about Turkey – from its search for natural gas in Eastern Mediterranean to its treatment of the Greek Orthodox minority and the sides' ongoing dispute about migrants.

"It is in our interests that minorities in both countries live in peace, it will have a positive impact on our relations," Çavuşoğlu said.

He replied to his Greek counterpart's accusations with regards to alleged violations of sovereignty and remarks over minorities.

"Turkey does not violate Greek sovereignty, that is unacceptable," he said.

"Turkey has implemented many inclusive practices with regard to its minorities. Such a positive approach is what we expect from Greece concerning its Turkic Muslim minority in Western Thrace," he said.

He noted that Ankara is capable of protecting the rights of both Turkey and Turkish Cypriots in the Eastern Mediterranean.

"Turkey has continued its activities in the Eastern Mediterranean according to the continental shelf map it has submitted to the (United Nations)," he said.

"In addition, Greece keeps military forces on islands bound to be demilitarized by international law."

Turkey has also been irked by Greece’s militarization of islands close to the Turkish mainland.

For his part, Dendias said his country and Turkey can create a positive agenda in the field of economy.

"We hope to further improve our economic relations with Turkey to set a positive agenda by strengthening our bilateral relations," he said.

"Greece supports Turkey's (European Union) membership, so do the majority of Turks. We are ready to start discussing visa liberalization for Turkish citizens," Dendias added, stressing their support to Turkey's membership to the bloc.

"I would like to thank Mr. Çavuşoğlu for inviting me to an iftar dinner, and I hereby convey our Prime Minister Mitsotakis' congratulation of the holy month of Ramadan for all Muslims."

Turkey had said last month that Dendias was coming to prepare for what could have been a groundbreaking summit between President Erdoğan and Greek Prime Minister Kyriakos Mitsotakis.

Dendias did offer Çavuşoğlu an invitation to visit him in Athens and the two ministers walked away from their respective lecterns after exchanging a few pleasantries and smiles.

Meanwhile, according to Greek daily Ekathimerini, the Greek foreign minister was acting with the full support of Mitsotakis during the unusually frank and heated press conference, as diplomatic sources in Athens have confirmed.

“The FM is in total communication with the prime minister. They had an extensive discussion yesterday, and today after the meeting with Tayyip Erdogan and before the meeting with Mevlut Çavuşoğlu,” the sources said.

They added that “the Greek side put the emphasis on a positive agenda, which is why it proposed cooperation in the economic sector."