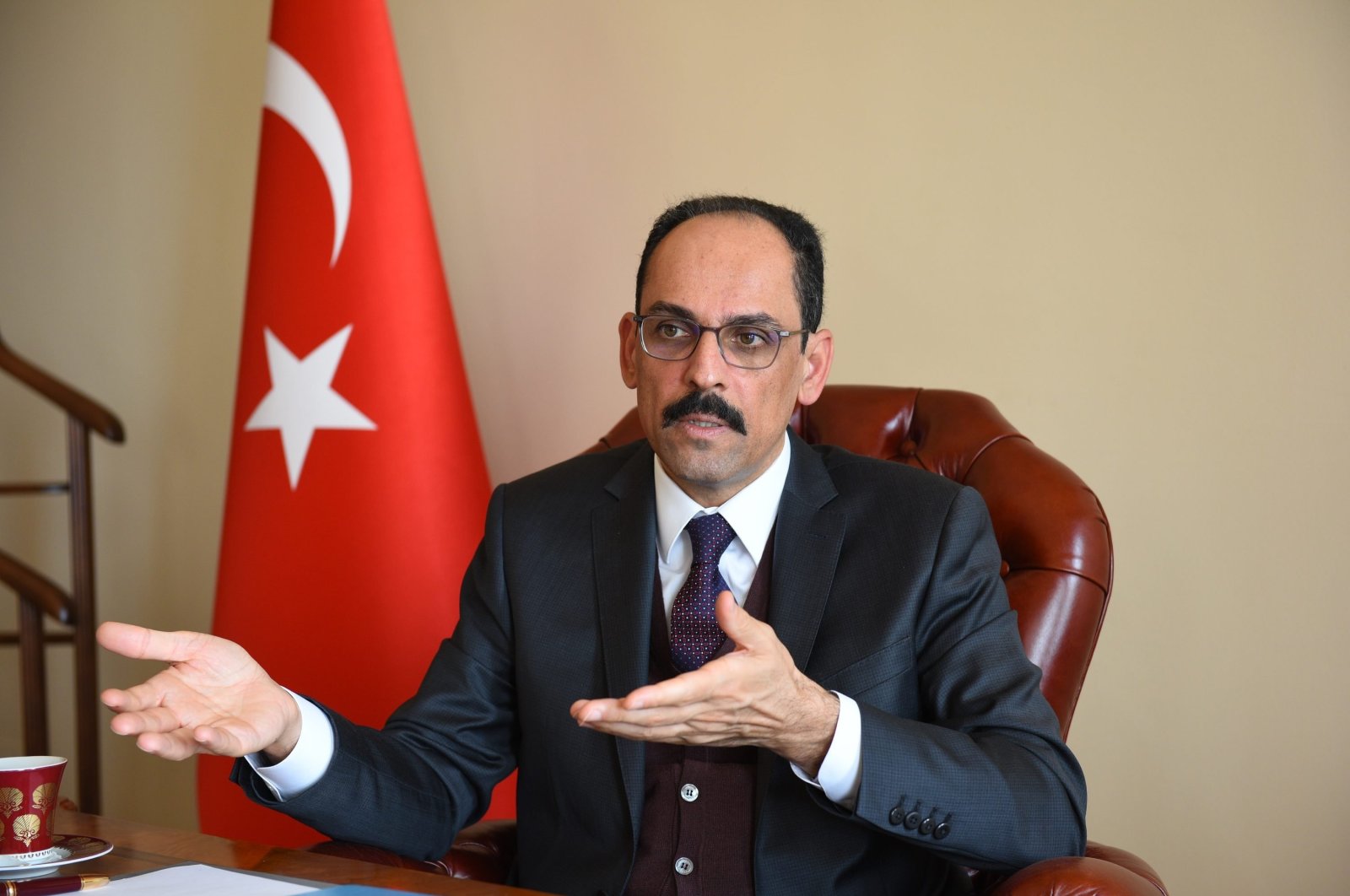 Presidential Spokesperson Ibrahim Kalın speaks during an interview in Ankara, Turkey, March 2, 2021. (Sabah Photo)
by DAILY SABAH May 19, 2021 11:41 am
RECOMMENDED

“It is a tragicomic approach by the U.S. to associate our president’s support to the oppressed Palestinian people and his reflecting of Israel’s illegal and inhumane acts with anti-semitism,” Kalın said in a written statement.

“Even though the U.S. does not see it, everyone with a conscience is aware of the atrocity in Palestine. Israel’s massacres cannot be covered up with the label of anti-Semitism,” he stated, highlighting that Turkey rejects and condemns the U.S.’ statement.

He explained that the Turkish people throughout history have viewed standing with the oppressed as a moral responsibility. “It could not be imagined that our president be silent toward this atrocity while Israel forces the Palestinian people out of their homes and kills civilians including babies.”

Kalın emphasized that Erdoğan's sensitivity about the Holocaust is clear, pointing to the fact that the Jewish community in Turkey's rights are protected.

Turkey’s Jewish community strongly rejected claims that Erdoğan is anti-Semitic, in response to a recent statement by the U.S. State Department.

The U.S. State Department on Tuesday criticized Erdoğan for what it called "anti-Semitic" remarks.

Erdoğan, a vocal champion of the Palestinian cause during his 18-year rule, has fired salvos at Israel since the start of the violence in Gaza.

Erdoğan also lashed out at U.S. President Joe Biden for his diplomatic support for Israel, saying the leader has "bloody hands."