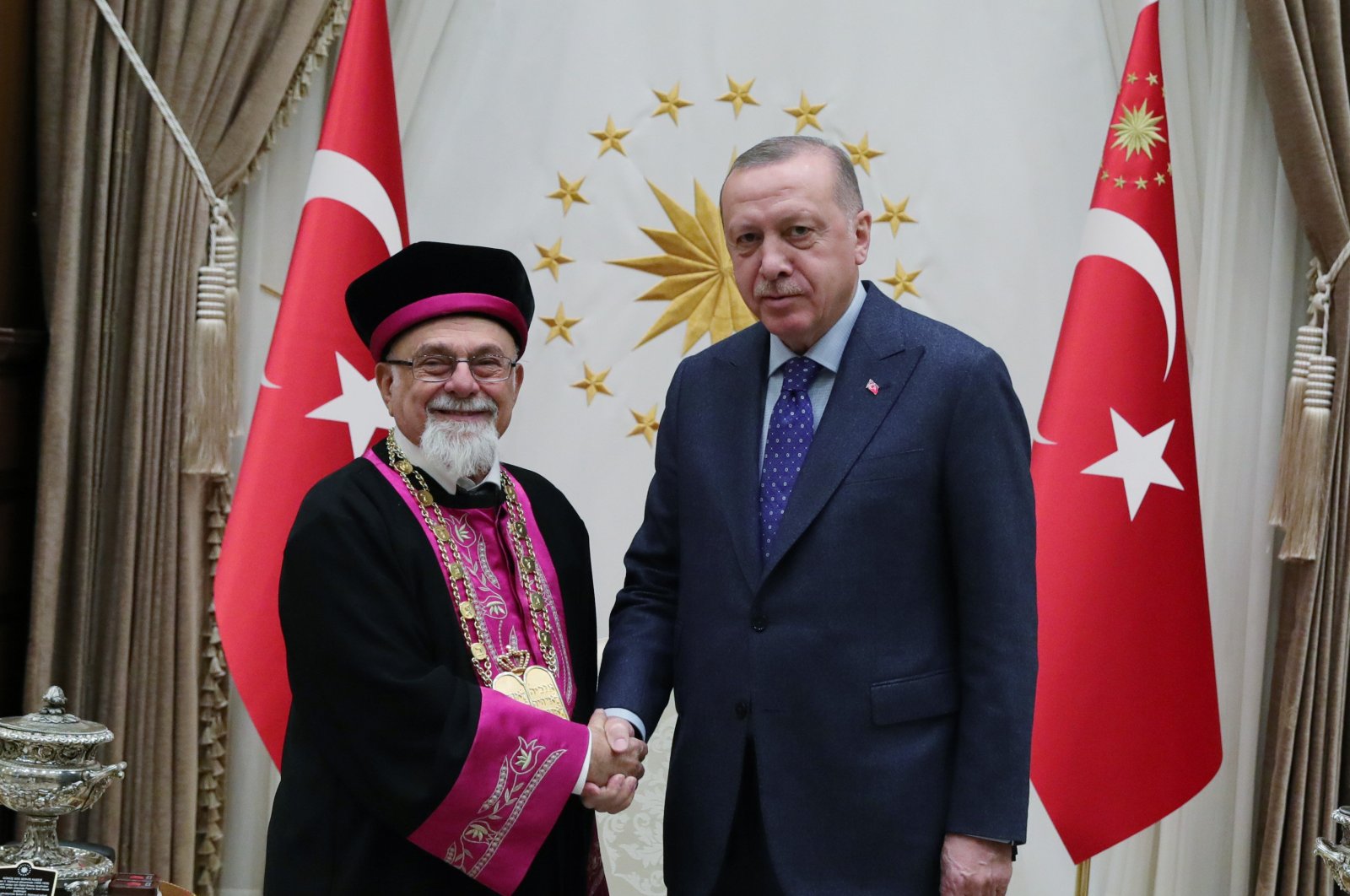 “While tragedies in the region are deeply saddening - & global rise of anti semitisim is unacceptable- it is unfair & reprehensible to imply that President Erdogan - @tcbestepe - is antisemitic,” Turkey’s Jewish community said in a statement on Twitter.

The statement continued by saying that on the contrary, President Erdoğan has always had a constructive, supportive and encouraging approach toward the Jewish community in the country.

While tragedies in the region are deeply saddening - & global rise of anti semitisim is unacceptable- it is unfair & reprehensible to imply that President Erdogan - @tcbestepe - is antisemitic. On the contrary, he has always been constructive, supportive & encouraging towards us. https://t.co/XMfV5bXicb pic.twitter.com/CBAIX0lSvo

“They are murderers, to the point that they kill children who are five or six years old. They are only satisfied by sucking their blood,” Erdoğan said, referring to the Zionist state’s oppressive policies against Palestinians.

Deeming Erdoğan’s remarks anti-Semitic, Ned Price said such statements “have no place on the world stage.”

“We call on Turkey to refrain from language that could incite further violence. The U.S. is focused on bringing an end to the conflict,” Price said.

The U.S. came under fire for its unconditional support to the Israeli government in its campaign of violence targeting Palestinian civilians and civilian infrastructure.

The country blocked the U.N. Security Council from holding a public virtual meeting to address the escalating conflict in the Gaza Strip, as well as the adoption of a joint statement calling for a halt to the violence for the third time in a week.

While the Israeli administration pledged to carry on with its attacks against Palestinian civilians, U.S. President Joe Biden expressed support for a cease-fire between Tel Aviv and Gaza's Hamas rulers in a call to Netanyahu, but he stopped short of demanding an immediate stop to the eight days of Israeli airstrikes.