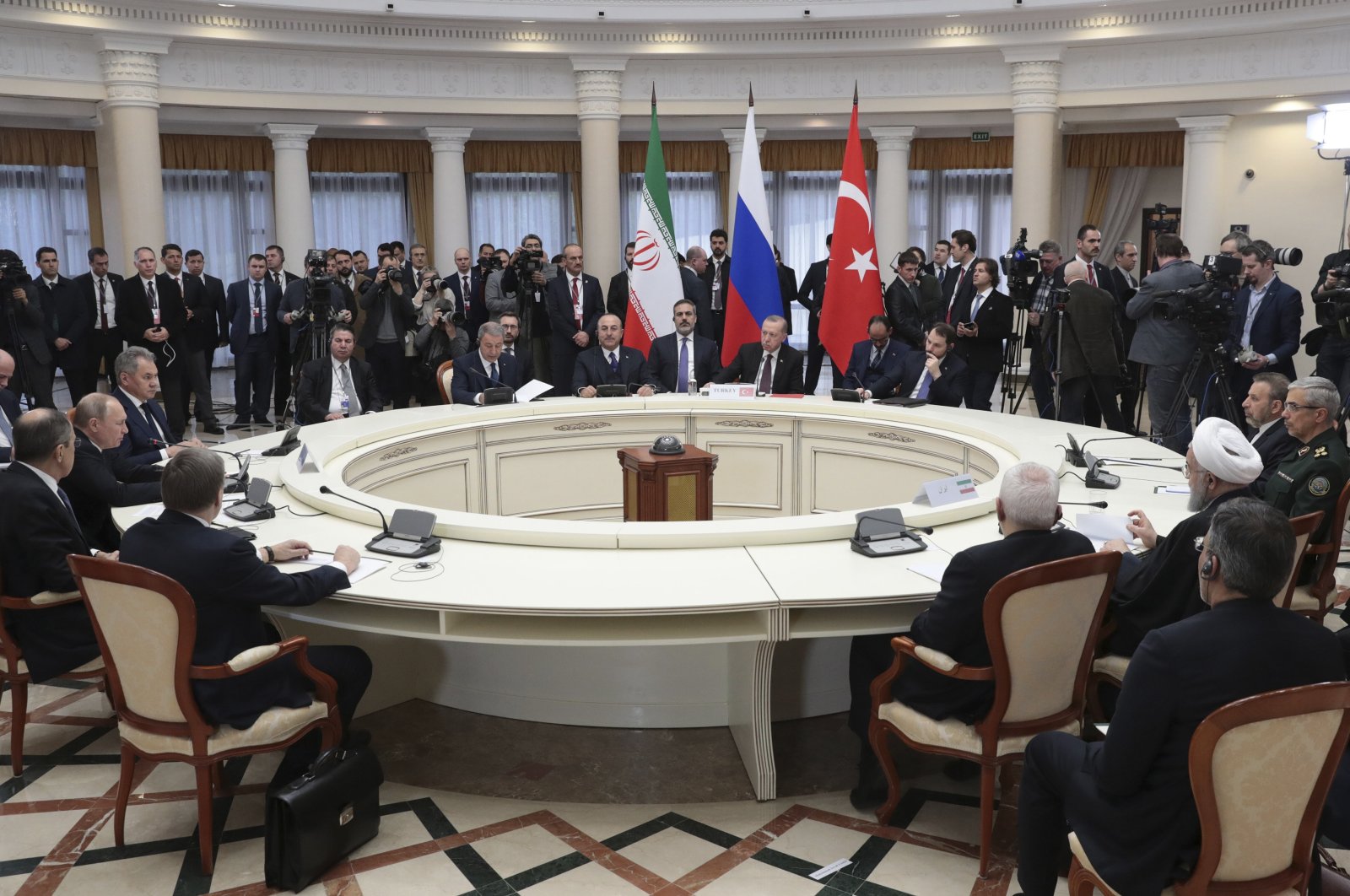 Turkey, Russia and Iran, the three guarantors of the Astana format, will come together for the 15th time on Tuesday in Russia’s Sochi to assess the new constitution process of Syria, which has come to a deadlock due to the uncompromising attitude of the Bashar Assad regime.

The meeting will be held in the wake of failure at the fifth round of the Syrian Constitutional Committee that convened Jan. 29 in Geneva. "To me, it has been a disappointment," United Nations Special Envoy for Syria Geir Pedersen said after the gathering.

During the meeting, the regime representatives balked at proceeding further in the process despite the constructive attitude of the Syrian opposition. Pedersen said his propositions were approved by the opposition but rejected by the regime. “We cannot continue like this. This week has shown that such an approach is not working,” Pedersen noted.

The opposition said that their group completed the writing of the 10 main principles of the Syrian constitution and presented them to the Syrian Constitutional Committee in Geneva. However, no concrete progress has been made on the Assad regime side. Four previous rounds of talks have not brought any substantial progress as the opposition demands a new constitution and the regime proposes the current charter be amended. The guarantor countries aim to end this stalemate during the new Astana summit.

The countries will also discuss setting a date for a new round for the constitution committee, despite the fact that it seems unlikely.

In late January, the trio released a joint statement reaffirming their readiness to support the Syrian Constitutional Committee's work through continuous interaction with the Syrian delegates and Pedersen, as the facilitator, in order to ensure its sustainable and effective functioning.

They also emphasized the important role of the Constitutional Committee in Geneva, created as a result of the decisive contribution of the Astana guarantors and in furtherance of the decisions of the Syrian National Dialogue Congress in Sochi in advancing the Syrian-led, Syrian-owned, U.N.-facilitated political process in line with the U.N. Security Council Resolution 2254.

The Astana meeting was initiated by Turkey, Iran and Russia to bring the warring sides in Syria together to find a permanent solution to the decadelong war. The main agenda items have been the constitutional system, the political transition, security and resettlement. The first meeting of the Astana process was in Turkey in January 2017 to facilitate U.N.-sponsored peace talks in Geneva.

A Security Council resolution adopted in December 2015 unanimously endorsed a road map to peace in Syria that was approved in Geneva on June 30, 2012, by representatives of the U.N., the Arab League, the European Union, Turkey and all five permanent Security Council members: the U.S., Russia, China, France and Britain.