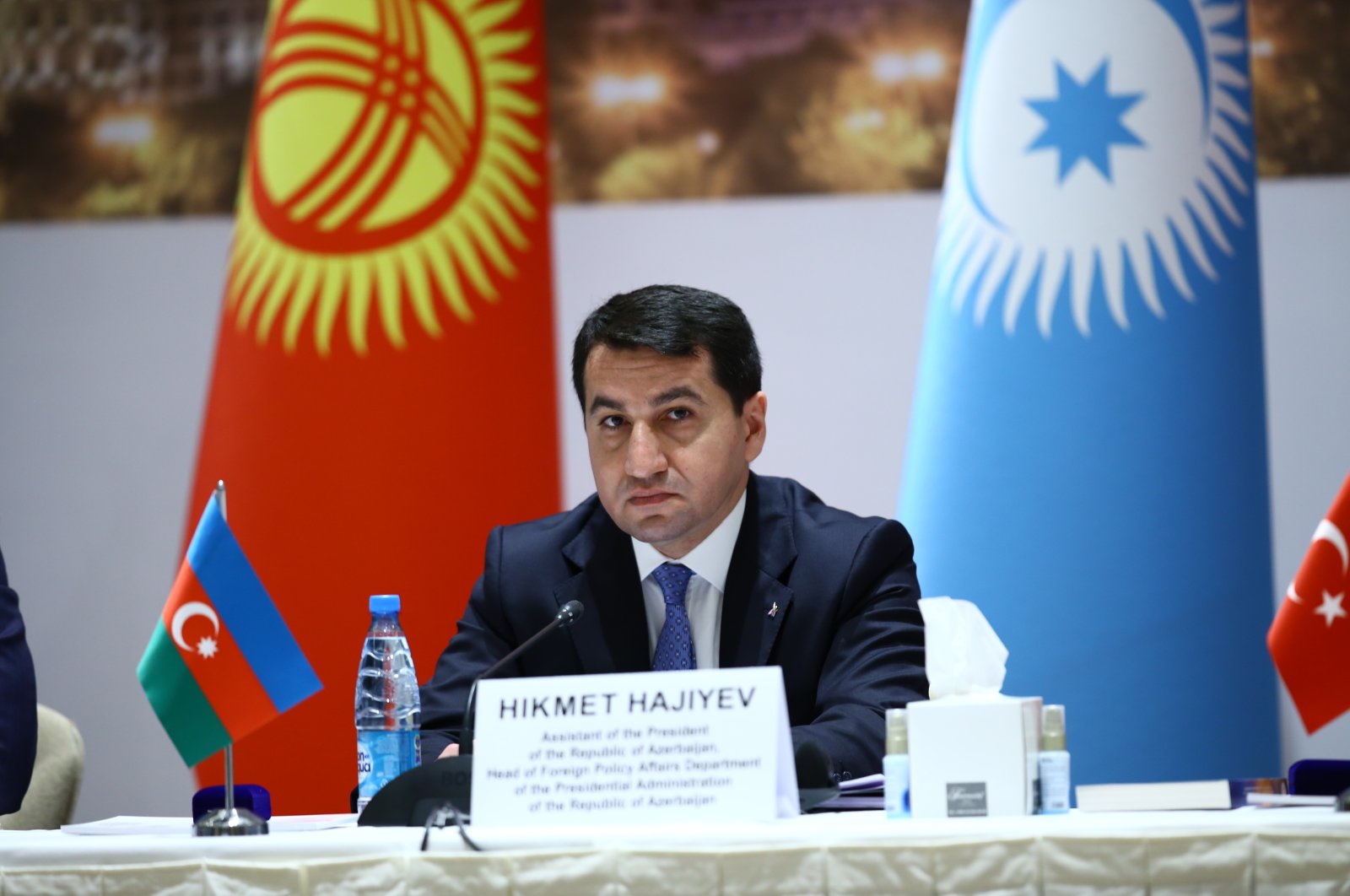 "Turkey is a sister country of Azerbaijan and Israel is our strategic partner. We want our friends to be friends with each other. If the sides agree to such an initiative, then Azerbaijan will always welcome them,” Hajiyev told Israel Hayom, underlining that Israel and Turkey share similar interests.

"We believe that cooperation between them also serves these interests. Azerbaijan does everything it can to improve this relationship."

Azerbaijan, which recently liberated its territories from Armenian occupation in Nagorno-Karabakh, used drones and other defense systems from Turkey and Israel that helped it gain superiority.

He added that the “main problem right now is about individuals at the top” and that Israel’s “Palestine policy is our red line. It is impossible for us to accept Israel's Palestine policies. Their merciless acts there are unacceptable.”

Relations between Turkey and Israel drastically deteriorated in 2010 following an Israeli naval raid on a Turkish aid ship, the Mavi Marmara, en route to deliver humanitarian aid to the blockaded Gaza Strip. The raid killed 10 activists.

In 2013, thanks to Israeli Prime Minister Benyamin Netanyahu's apology to Turkey and the payment of $20 million (about TL 38 million at the time) in compensation to the Mavi Marmara victims, Turkish-Israeli relations entered a period of normalization.

Israel occupied east Jerusalem during the 1967 Six-Day War. In 1980, in a move never recognized by the international community, Israel annexed the entire city, claiming it as the self-proclaimed Jewish state's "eternal and undivided" capital. Last year, the U.N. called the Israeli occupation in Palestine "the longest occupation" in the world.