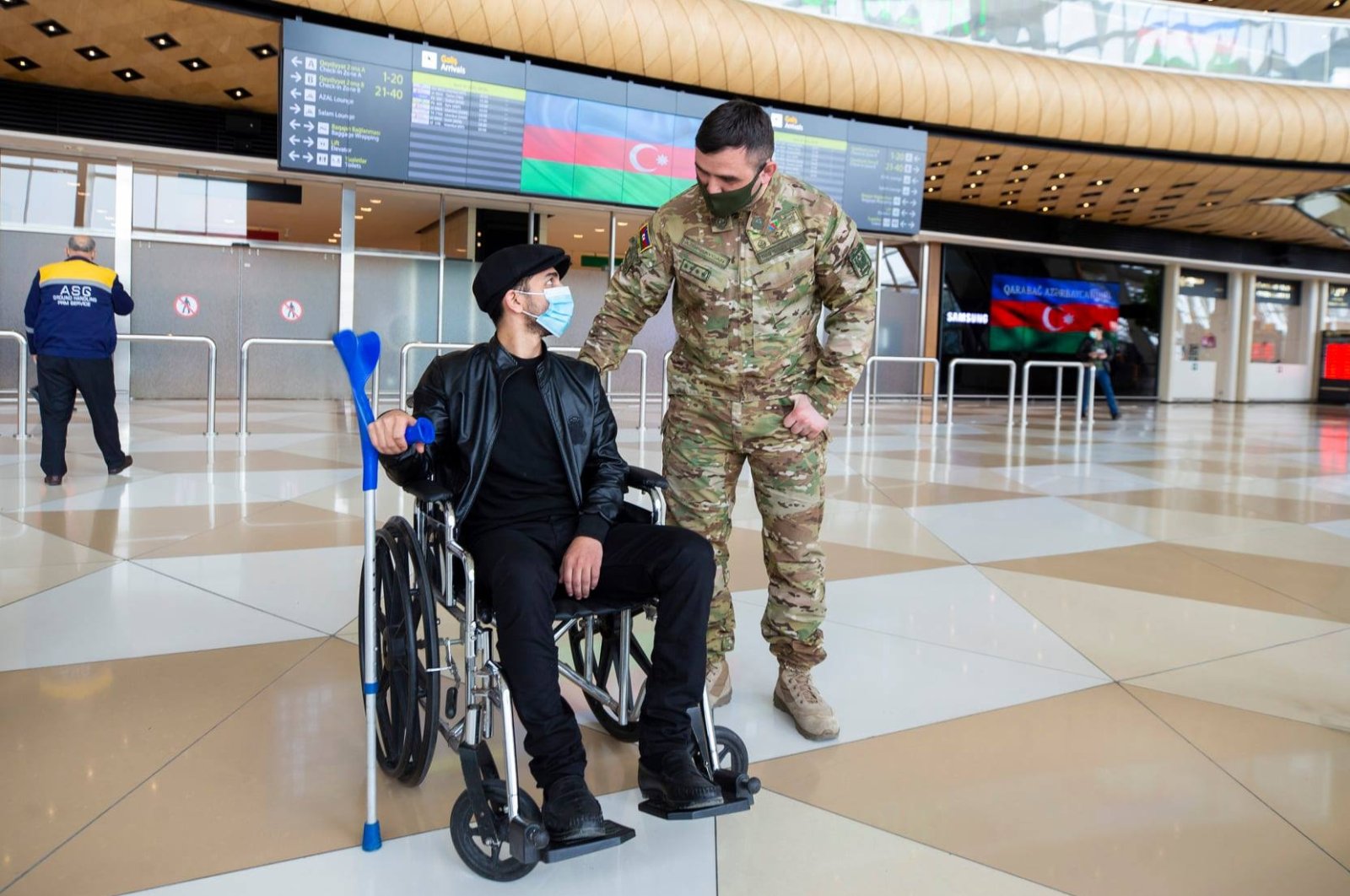 12 Azerbaijani soldiers who were wounded during the Karabakh war against Armenian forces have been brought to Turkey for their treatment.

According to the Azerbaijani state-run Yaşat Foundation, which was established to deal with the problems of relatives of soldiers that were killed or wounded, the 12 soldiers' treatment and rehabilitation will continue in Turkey in line with the recommendations of Turkish and Azerbaijani doctors.

The statement added that the foundation will continue to help soldiers in need and they will be treated abroad if necessary.

The foundation had sent 51 Azerbaijani soldiers to Turkey for treatment.

Azerbaijan and Armenia fought for six weeks over the region of Nagorno-Karabakh last year after new clashes erupted on Sept. 27. The Armenian army launched attacks on civilians and Azerbaijani forces and violated several humanitarian cease-fire agreements.

The two countries signed a Russian-brokered agreement on Nov. 10 to end the fighting and work towards a comprehensive resolution.