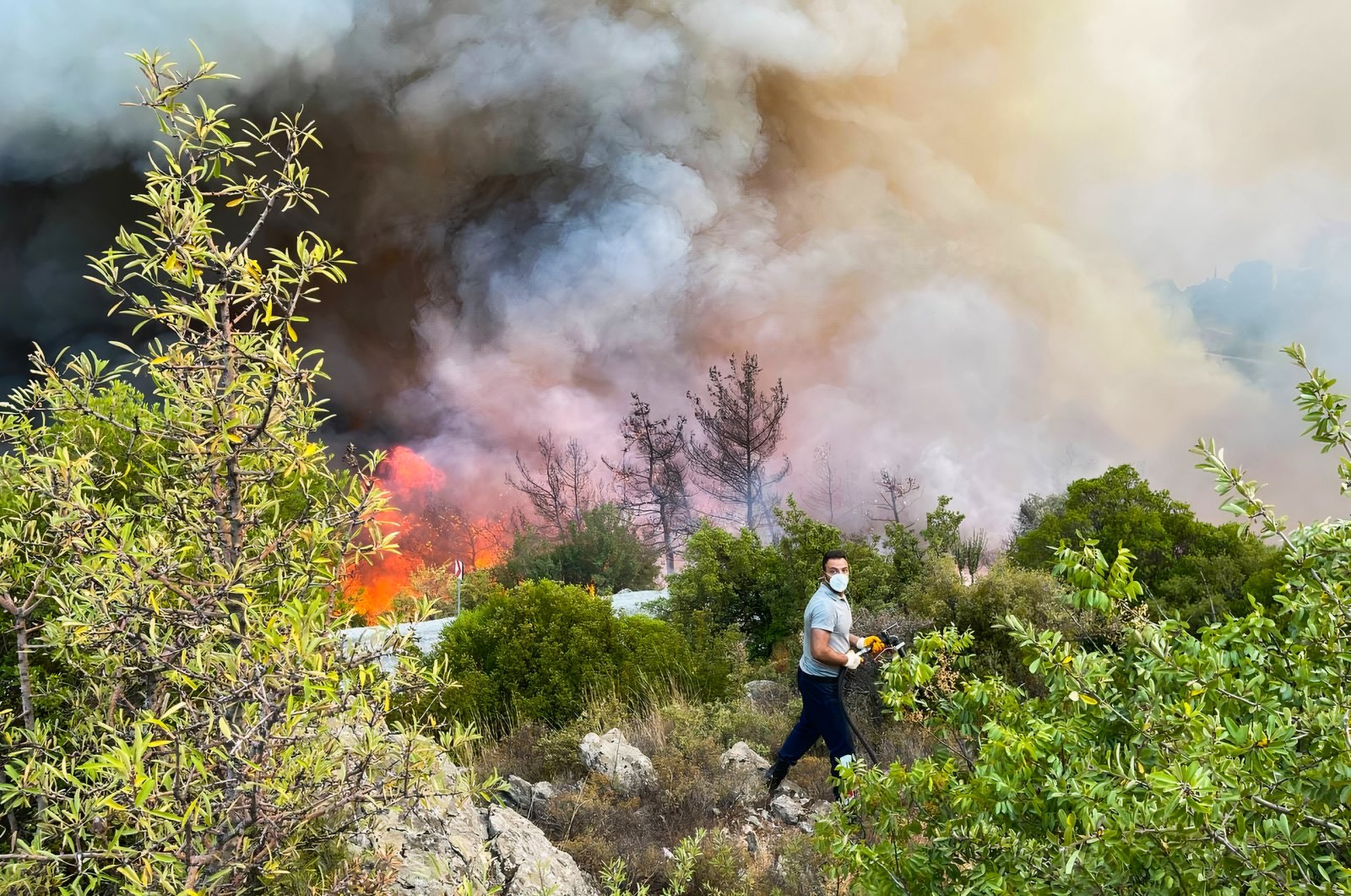 Turkey's President Recep Tayyip Erdoğan and Azerbaijan's President Ilham Aliyev on Friday held a phone call. During the call, Aliyev stated that Azerbaijan stands with Turkey in its fight against forest fires that have been affecting the country's southwestern region for ten days.

According to the statement released by Baku, Aliyev once again conveyed his condolences for those who lost their lives as a result of the severe forest fires that occurred in various parts of Turkey and stated that they stand by Turkey in extinguishing the fires and preventing their consequences.

Aliyev stated that 40 fire trucks set off in addition to those sent before and that they will reach the fire area tomorrow, and thus the number of vehicles sent from Azerbaijan to fight fires in Turkey will reach 93.

Reminding that 510 Azerbaijani personnel, one helicopter and one amphibious aircraft belonging to Azerbaijan participated in the firefighting efforts in Turkey, Aliyev suggested sending another group of 200 specially trained firefighters, and thus the number of personnel would reach 710.

President Erdoğan thanked Aliyev for his condolences and support for Turkey.

Erdoğan noted that Azerbaijani firefighters participated in the firefighting efforts in Turkey with high professionalism and love.

Expressing his gratitude for the additional support to be sent from Azerbaijan, Erdoğan stated that this support is a clear manifestation of the brotherhood and friendship between Azerbaijan and Turkey.

As forest fires continued threatening Turkey, countries lined up to offer their condolences, messages of solidarity and airplanes to help the country fight the fires.

Erdoğan on Tuesday thanked the countries that were sending aid, expressing condolences and stating a readiness to assist in Turkey’s fight against blazes tearing through forests and villages on the country's southern coast.

Aliyev also informed Erdoğan about the provocations carried out by the Armenian army at the border and stated that the Azerbaijani army responded to such provocations.

During the meeting, views were exchanged on regional processes in the post-Karabakh war period.