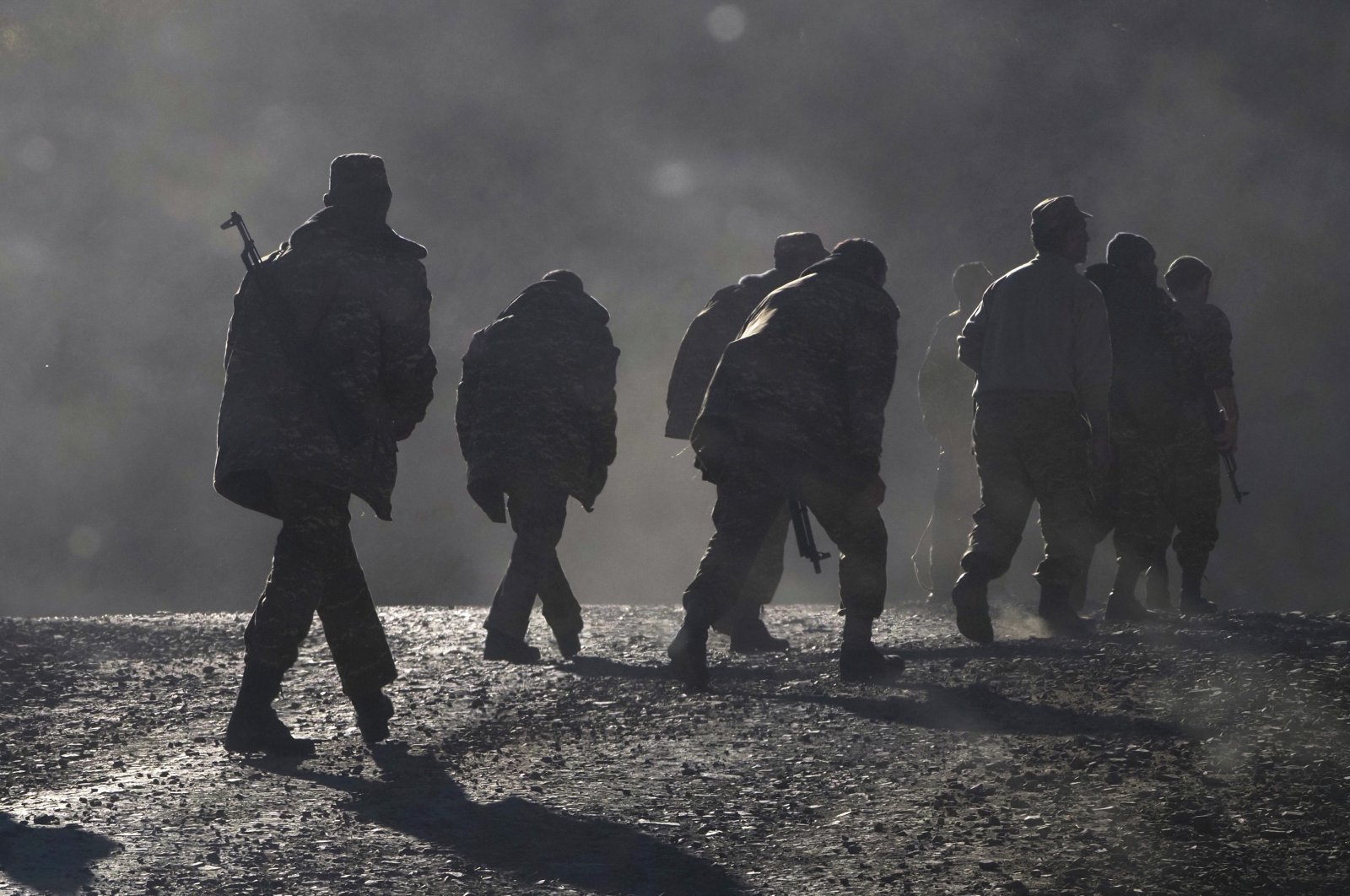 Armenian soldiers walk along the road near the border between Nagorno-Karabakh and Armenia, Nov. 8, 2020. (AP File Photo)
by Anadolu Agency Dec 09, 2021 10:05 am
RECOMMENDED

Mammadov stressed that Armenia's attempt to make political gains by expecting harsh decisions against Azerbaijan in the international court had failed.

Underlining that many organizations, including the Interior Ministry in Armenia, reward those who consider Azerbaijan and Turks as enemies on social media, he said Azerbaijan filed a lawsuit in the international court about all these incidents.

"As a result, the court investigated these facts and imposed an obligation on Armenia to prevent all this," he said.

He called on Armenia to implement the court's decision as soon as possible.

"The Republic of Armenia shall, in accordance with its obligations under the International Convention on the Elimination of All Forms of Racial Discrimination, take all necessary measures to prevent the incitement and promotion of racial hatred, including by organizations and private persons in its territory, targeted at persons of Azerbaijani national or ethnic origin," the court said in a statement on Tuesday.

In September, the rivals each asked the ICJ located in the Peace Palace of The Hague to take steps against the other, pending the resolution of a full case that will take years.

The two countries signed a Russian-brokered agreement on Nov. 10, 2020, to end the fighting and work toward a comprehensive resolution.

On Jan. 11 this year, the leaders of Russia, Azerbaijan and Armenia signed a pact to develop economic ties and infrastructure to benefit the entire region. It included the establishment of a trilateral working group for Karabakh.