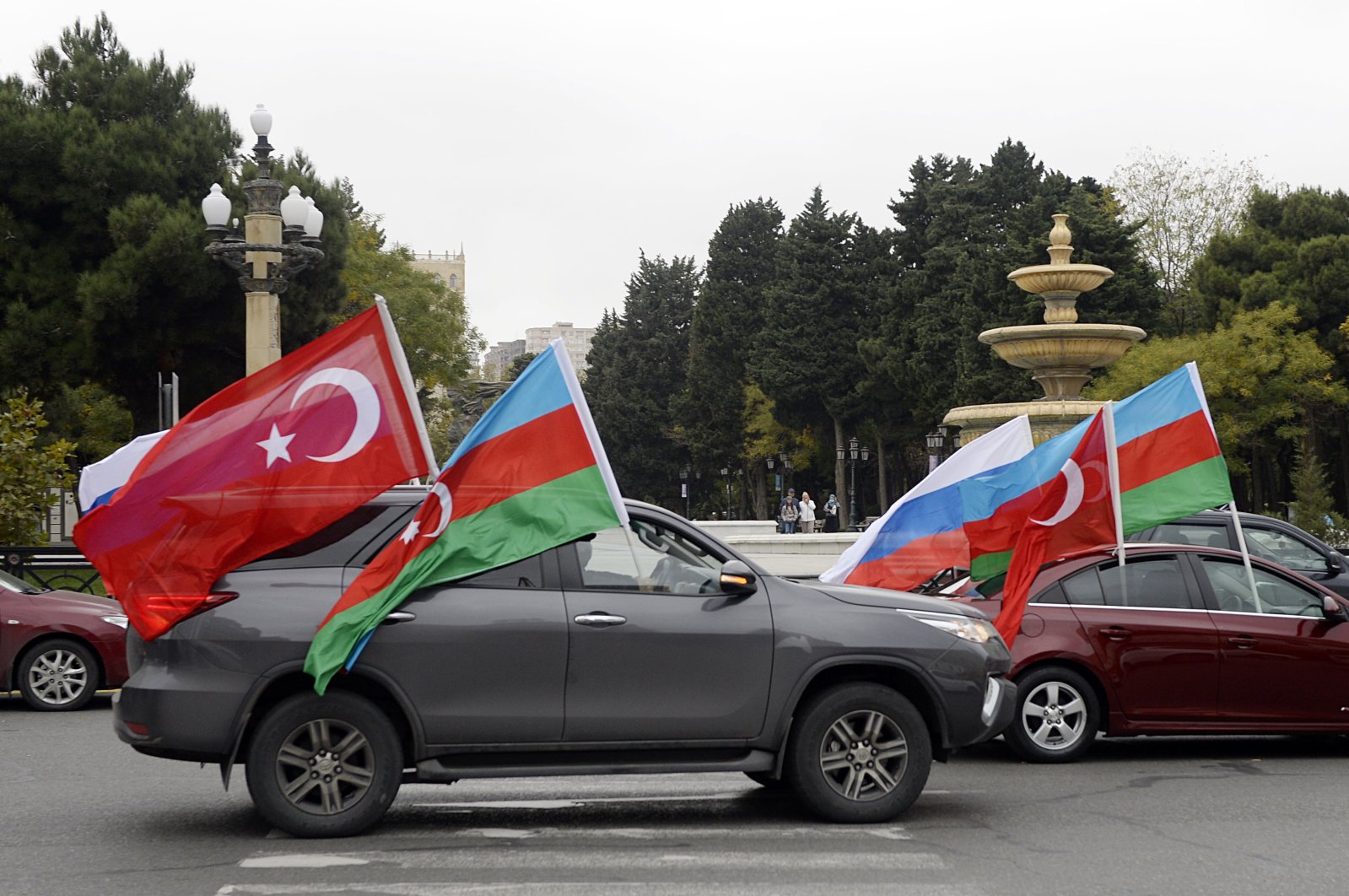 Motorists hold Azerbaijani, Turkish and Russian flags during celebrations of the country's victory over Armenia after a weekslong war over the disputed Nagorno-Karabakh region, Baku, Azerbaijan, Nov. 20, 2020. (AFP Photo)
by Daily Sabah May 31, 2021 1:16 pm
RECOMMENDED

Officials from Turkey and Azerbaijan will discuss security issues on Thursday in the Azerbaijani capital, Baku, an Azerbaijani Defense Ministry statement said on Monday.

“On June 3, the 13th meeting of the Azerbaijani-Turkish High-Level Military Dialogue will start its work in Baku. The meeting will discuss the current state of bilateral cooperation between Azerbaijan and Turkey in the security, military, military-technical, military-medical, military-educational, defense industry, and in other spheres,” the ministry said.

It added that two countries will also consider the prospects for development in areas of activity in the military and defense spheres.

In February, Turkey and Azerbaijan carried out the Winter 2021 Drill, featuring domestically developed weaponry and equipment.

The drill mostly focused on operational capabilities during the harsh weather conditions in winter months, including practicing sheltering, reinforcement, maintenance and educational development.

Ground and air assaults, airdrops, airborne operations and logistic support were practiced by both militaries.

Ankara and Baku, with the participation of the countries’ air and ground forces, launched joint military drills last year in the wake of Armenian attacks on Azerbaijani border points.