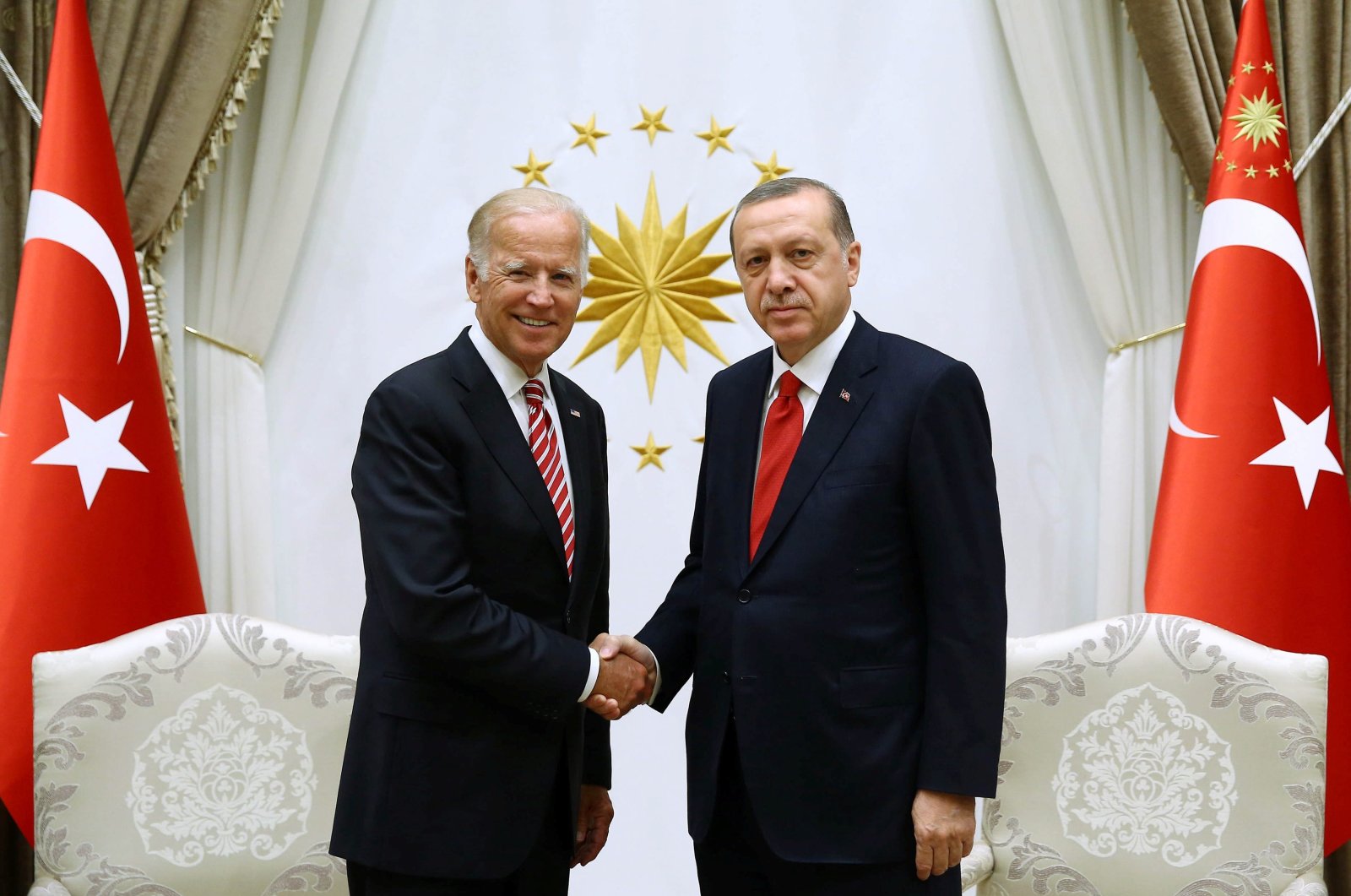 The summit "will underscore the urgency – and the economic benefits – of stronger climate action," the White House said in a statement.

The Biden administration is framing the gathering as a pivotal step ahead of November's United Nations Climate Change Conference in Glasgow, Scotland.

It has pledged that by the time of April's summit the U.S. will announce an "ambitious" emissions target for 2030, and Biden's invitation "urged leaders to use the Summit as an opportunity to outline how their countries also will contribute to stronger climate ambition," the White House said in a statement.

The virtual summit will be streamed live for global audiences to view.

Biden also included rivals Vladimir Putin of Russia and Xi Jinping of China among the invitees to the climate talks, administration officials told The Associated Press.

The president is seeking to revive a U.S.-convened forum of the world’s major economies on climate that George W. Bush and Barack Obama both used and Donald Trump let languish. Leaders of some of the world’s top climate-change sufferers, do-gooders and backsliders round out the rest of the 40 invitations being delivered Friday. It will be held virtually April 22 and 23. Hosting the summit will fulfill a campaign pledge and executive order by Biden, and the administration is timing the event with its own upcoming announcement of what’s a much tougher U.S. target for revamping the U.S. economy to sharply cut emissions from coal, natural gas and oil. The session - and whether it’s all talk, or some progress - will test Biden’s pledge to make climate change a priority among competing political, economic, policy and pandemic problems.

It also will pose a very public - and potentially embarrassing or empowering - test of whether U.S. leaders, and Biden in particular, can still drive global decision-making after the Trump administration withdrew globally and shook up longstanding alliances. The Biden administration intentionally looked beyond its international partners for the talks, an administration official said. "It’s a list of the key players and it’s about having some of the tough conversations and the important conversations,” the official said, speaking on condition of anonymity to discuss U.S. plans for the event. "Given how important ... this issue is to the entire world, we have to be willing to talk about it and we have to be willing to talk about it at the high levels.” Trump mocked the science underlying urgent warnings on global warming and the resulting worsening of droughts, floods, hurricanes and other natural disasters.

He pulled the United States out of the 2015 U.N. Paris climate accords as one of his first actions. That makes next month’s summit the first major international climate discussions by a U.S. leader in more than four years, although leaders in Europe and elsewhere have kept up talks. U.S. officials and some others give the Obama administration’s major-economies climate discussions some of the credit for laying the groundwork for the Paris accord. The United States and nearly 200 other governments at those talks each set targets for cutting their fossil-fuel emissions, and pledged to monitor and report their emissions. Another Biden administration official said the U.S. is still deciding how far the administration will go in setting a more ambitious U.S. emissions target.

The United States has officially rejoined the Paris Agreement, which focuses on climate change mitigation and adaptation, in February.

The Biden administration hopes the stage provided by next month’s Earth Day climate summit - planned to be all virtual because of COVID-19 and all publicly viewable on livestream, including breakout conversations - will encourage other international leaders to use it as a platform to announce their own countries’ tougher emission targets or other commitments, ahead of November’s U.N. global climate talks in Glasgow. The administration hopes more broadly the session will help galvanize governments on getting moving on specific, politically-bearable ways to retool their transportation and power sectors and overall economies now to meet those tougher future targets.

The U.S. summit isn’t just "about the deliverables, it really is about engaging at the leader level ... sending a signal from the U.S. perspective about how serious we are, and putting our own cards on the table in a significant way,” the first official said, referring to Biden’s upcoming announcement on a more aggressive U.S. emissions target. "And hoping that countries will join us.” Like Bush’s and Obama’s major-economies climate forums, Biden’s invite list includes leaders of the world’s biggest economies and European blocs. That includes two countries - Russia and China - that Biden and his diplomats are clashing against, over election interference, cyber attacks, human rights and other issues. It’s not clear how those two countries, in particular, will respond to the U.S. invitations, or whether they are willing to cooperate with the U.S. on cutting emissions while sparring on other topics. China is the world’s top emitter of climate-damaging pollution.

The U.S. is No. 2. Russia is No. 4. Brazil is on the list as a major economy, but it’s also a major climate backslider under President Jair Bolsonaro, who derailed preservation efforts for the carbon-sucking Amazon and joined Trump in trampling international climate commitments. The 40 invitees also include leaders of countries facing some of the gravest immediate threats, including low-lying Bangladesh and the Marshall Islands, countries seen as modeling some good climate behavior, including Bhutan and some Scandanavian countries, and African nations with variously big carbon sink forests or big oil reserves.

Poland and some other countries on the list are seen as possibly open to moving faster away from dirty coal power. Biden as a candidate pledged $2 trillion in investment to help transform the U.S. into a zero-emission economy by 2050 while building clean-energy and technology jobs. Biden and other administration officials have been stressing U.S. climate intentions during early one-on-one talks with foreign leaders, and Biden climate envoy John Kerry has focused on speeding up emissions cuts internationally in diplomacy abroad.