'Bosnia should benefit from Turkey's favorable ties with Serbia' 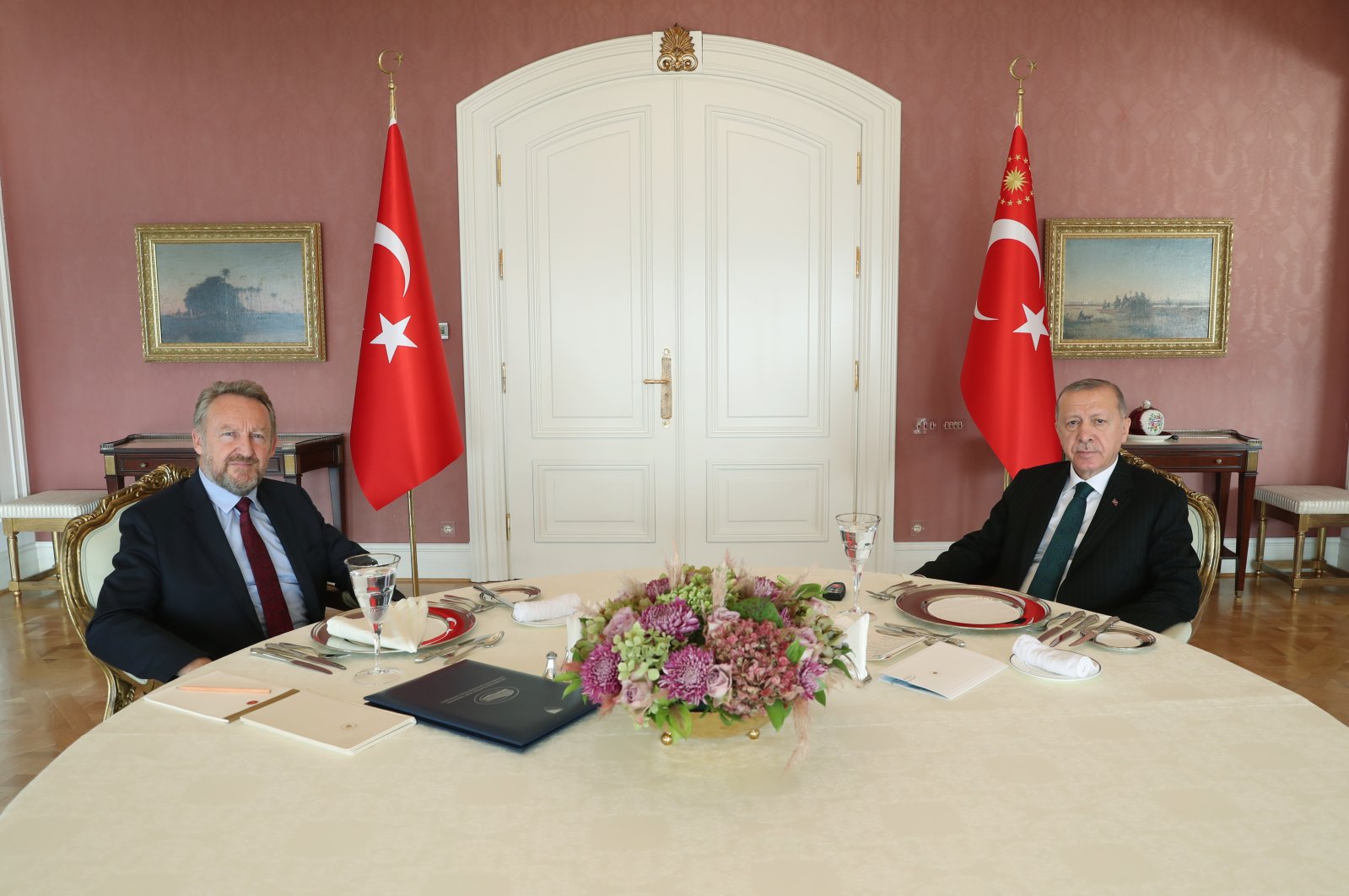 A senior Bosnian politician said Bosnia-Herzegovina should strive to utilize the favorable relations President Recep Tayyip Erdoğan enjoys with Serbian leaders, amid the ongoing political dispute in the country.

Speaking to a local television channel, Bakir Izetbegovic, the head of Bosnia and Herzegovina's Party of Democratic Action, took stock of his visit to Istanbul, where he met Erdoğan last Wednesday over a political dispute within Bosnia-Herzegovina.

Izetbegovic said he discussed many issues with the president in a meeting that lasted two hours.

"Erdoğan has good relations with (Serbian President Aleksandar) Vucic and (Serb member of Bosnia-Herzegovina Presidential Council Milorad) Dodik. Erdoğan is a leader who is very strong and establishes good relations. We have to take advantage of that," said Izetbegovic.

Izetbegovic pointed to the necessity of focusing on the Sarajevo-Belgrade Highway Project supported by Turkey, instead of causing problems that exacerbate migration from the Balkan region.

Izetbegovic met with Erdoğan last Tuesday at the Vahdettin Pavilion in Istanbul.

Bosnia is currently in the midst of a political row between the Bosniaks and Serbs living in the country.

The dispute began after a former High Representative for Bosnia-Herzegovina, Valentin Inzko, amended in July the country's criminal code to ban the denial of genocide and the glorification of war criminals.

Bosnian Serb politicians said they would boycott state institutions in protest of the move.

A Serb member of Bosnia's joint Presidency, Milorad Dodik, denounced the amendments. "We will not live in a country where someone can impose a law by simply publishing it on his website," he said.

Dodik, who has rejected all legal changes enacted by the Office of the High Representative (OHR), said he would take radical steps in the army, judiciary, and tax systems if the essence of the Dayton Agreement that ended the war is not returned.

One of the major current issues in the country is a bill that Dodik recently pushed through the assembly of Republika Srpska that transfers powers of the nationally authorized Bosnia-Herzegovina Pharmaceuticals and Medical Equipment Agency to a new institution to be established in the region that critics say seeks to undermine the national government.

However, members of Bosnia’s collective presidency have offered assurances that there will be no repeat of ethnic clashes in the war-scarred nation, a senior United States diplomat said on Monday, despite deep tensions triggered by Bosnian Serb separatist moves.

Erdoğan had also received a similar proposal from Dodik, Izetbegovic said, adding that the Turkish president then broached the subject with him during their Istanbul meeting.

He added, however, that Erdoğan did not accept the offer, underlining that Bosnia-Herzegovina "has its own institutions" to resolve such disputes.

"Erdoğan asked if it was true that I didn't want this, and I said it was true. He then asked: 'So how can we help?' I said that he is good with both the Serb and Bosnian sides. I told him he could be involved in the problem and point us out from afar what is possible. Because Erdoğan is a genius," said Izetbegovic.

Meanwhile, Turkey has been taking diplomatic initiatives to de-escalate tensions in Bosnia-Herzegovina. Last weekend, the president hosted the representatives of Bosnian nongovernmental organizations (NGOs) in Istanbul. Talks with Zeljko Komsic, the Croat member of the Presidency of Bosnia-Herzegovina, as well as the Serbian member Milorad Dodik and Bosnian member Shefik Dzaferovic are also on the agenda soon. Erdoğan may also hold a meeting with Serbian president Vucic, who was in Turkey for a meeting in September.