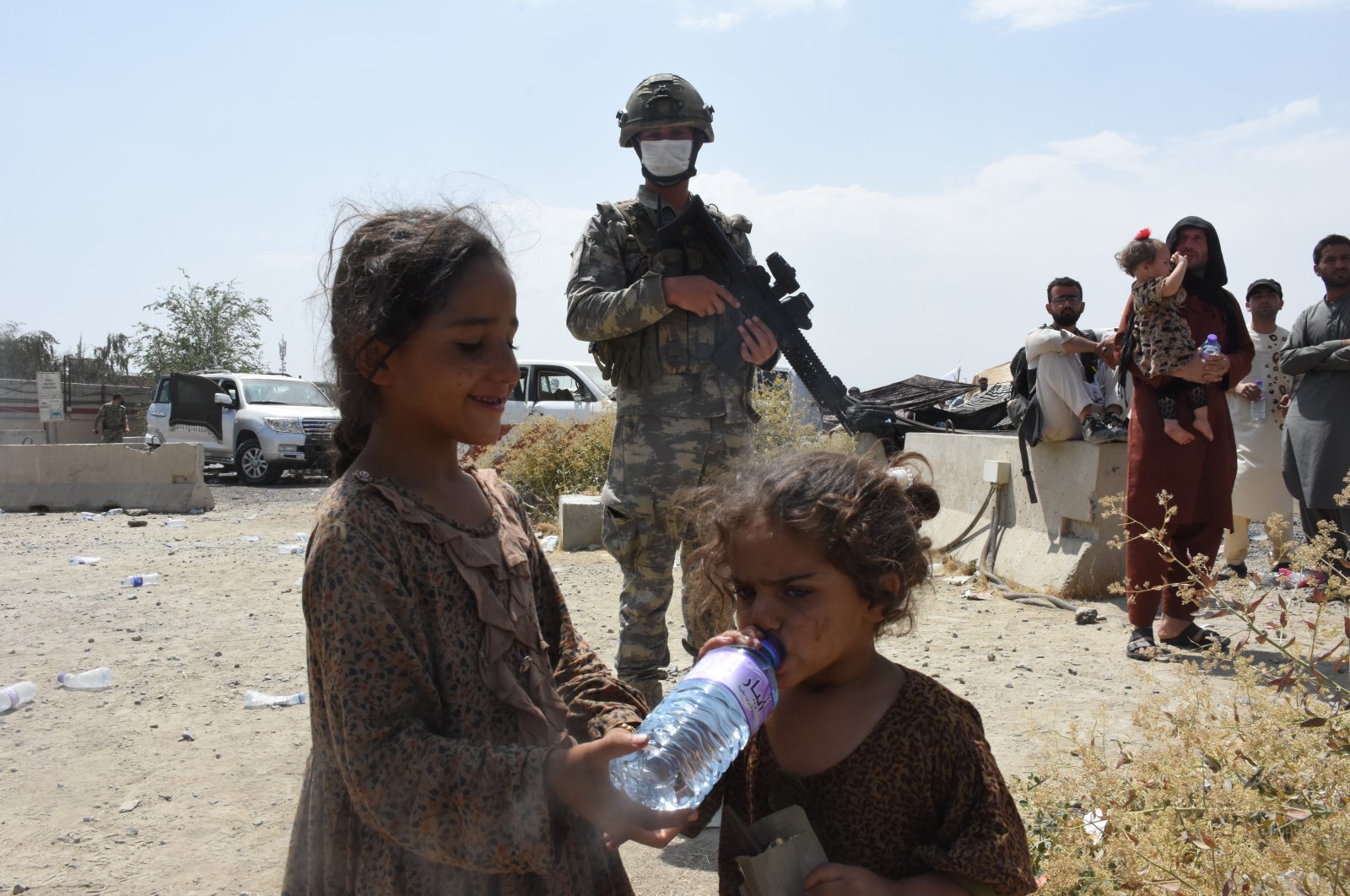 Children are one of the biggest victims facing high heat, lack of water and turmoil amid the ongoing evacuation process in Afghanistan’s Kabul Hamid Karzai International Airport, as Turkish soldiers work on coordination efforts to facilitate the process.

Thousands of people, including women and children, have been waiting to be evacuated from the country after the Taliban’s takeover.

The Turkish forces serving as part of the NATO mission in Afghanistan frequently distribute water and food to the children at the airport, Anadolu Agency (AA) reported.

Meanwhile, the Turkish troops also coordinate evacuation efforts at their headquarters near the airport. In addition to their patrol and evacuation duties, Turkish soldiers also plan the process and keep a record of daily work.

The unexpected power grab by the Taliban has triggered a rush to flee Afghanistan, including civilians who assisted foreign soldiers or groups and now fear retribution.

Turkey, which has 600 troops in Afghanistan, has offered to deploy troops at Kabul's airport after NATO withdraws and has held talks with the United States for weeks. Erdoğan has asked the U.S. and other allies to meet financial, logistical and diplomatic conditions.