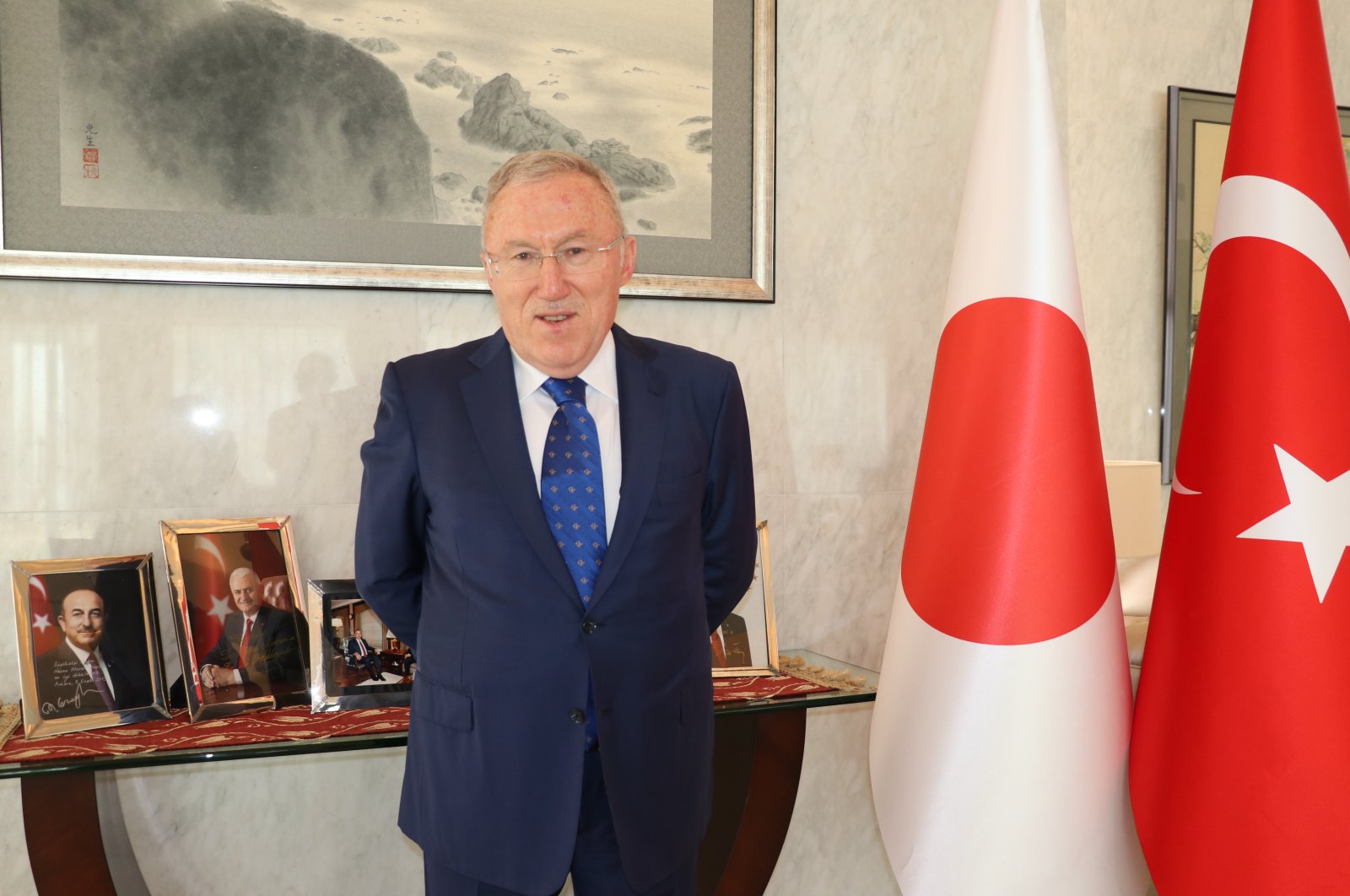 Ankara's former envoy to Tokyo, Hasan Murat Mercan, who was recently appointed as Turkey's ambassador to Washington, expressed on Thursday that the next few years will be important for Turkish-Japanese bilateral ties.

Speaking to Anadolu Agency (AA) before leaving Tokyo for Washington, Mercan highlighted the crucial nature of the political relationship between the Turkish and Japanese governments.

"I believe the relationship will deepen and strengthen even further," he stated. "2023 marks the 100th anniversary of the foundation of the Turkish republic, while 2024 is of the Turkish-Japanese bilateral ties. Both these years are crucial for the political relations."

Highlighting the personal dialogue between President Recep Tayyip Erdoğan and his former Japanese counterpart Shinzo Abe, who resigned in August 2020, Mercan stated that the two leaders' strategic partnership was reflected in every bilateral meeting and improved the ties between the two countries.

Mercan also mentioned the 2019 G-20 summit that took place in Tokyo, which witnessed the attendance of multiple Turkish dignitaries including the foreign minister, energy minister, health minister, tourism minister, trade minister and the agriculture minister. "Their attendance greatly contributed to Turkey's visibility as a country in Japan," he said.

Recalling Erdoğan's visit to the Japanese city of Nagoya, where there is a remarkable Turkish population, the envoy stated that during the trip, there was a meeting with the Turkish diaspora in Japan for the first time in history.

"It attracted major attention," Mercan said, and it enabled the launching of a Turkish Consulate in Nagoya.

After the Republic of Turkey replaced the Ottoman Empire, Japan was one of the first countries with which it established diplomatic relations in 1924. One year later, Turkey opened its first embassy in Tokyo. After decades of strong relations, both countries upgraded their ties to the level of "strategic partnership" in 2013 and Japan declared 2019 as the Turkish Culture Year.

The countries have also pursued a strong economic partnership. Along with high trade volume, Japan is also among the major investors in Turkey, with at least 200 Japanese companies operating in the country. Recently, through its International Cooperation Agency, Japan has been among the financiers of infrastructure projects in Istanbul including the landmark Marmaray underwater rail link, a bridge over the Golden Horn and another bridge connecting the city's Asian and European sides. The agency also financed two dam projects in Turkey.

Mercan stated that the levels of bilateral commerce are far from ideal. "Turkey's trade to Japan is not at the desired level. It is at the levels of $500 million-$550 million. Conversely, Japan's exports to Turkey are at $3.5 billion-$4 billion," he expressed.

Mercan said that there are more than 250 Japanese companies operating in Turkey, some of which are among Turkey's biggest exporters.

"The free trade agreement (FTA) negotiations came to a final point. I wish it was completed during my terms as an envoy. Still, it should be a good start for the upcoming envoy. In a world where trade becomes more and more difficult, where Japan signs FTAs with Europe, the U.S., the U.K. – it might be very beneficial for Turkey to also have a deal with Japan," the ambassador emphasized.

Regarding cultural ties, Mercan said that back in the 2019 Turkish Culture Year, there were concerts, exhibitions, festivals and TV shows all around the country.

He also stated that in the same year, an exhibition of Topkapı Palace treasures opened and was received with much excitement by the Japanese community.

"After this exhibition, the word Turkey was searched on the internet in Japan 1 billion times. We have exhibited 170 different pieces, and it drew major attention," the envoy continued.

"Turkey and Japan have a cultural bond," Mercan said. "The memories of the Ertuğrul Frigate incident are still very much alive in both societies' memories."

It has been 131 years since the Ertuğrul Frigate sank with more than 600 Ottoman sailors aboard. Turkey still remembers the hospitality and assistance it received from the Japanese public and government after the incident. Tokyo sent survivors home about a month later aboard two Japanese warships that dropped them off in Çanakkale, southwest of Istanbul. The disaster was the culmination of a relationship that stood the test of time between two countries separated by thousands of kilometers and little contact. Its legacy is an occasion of remembrance and celebration today with ceremonies being held both in Japan and Turkey.