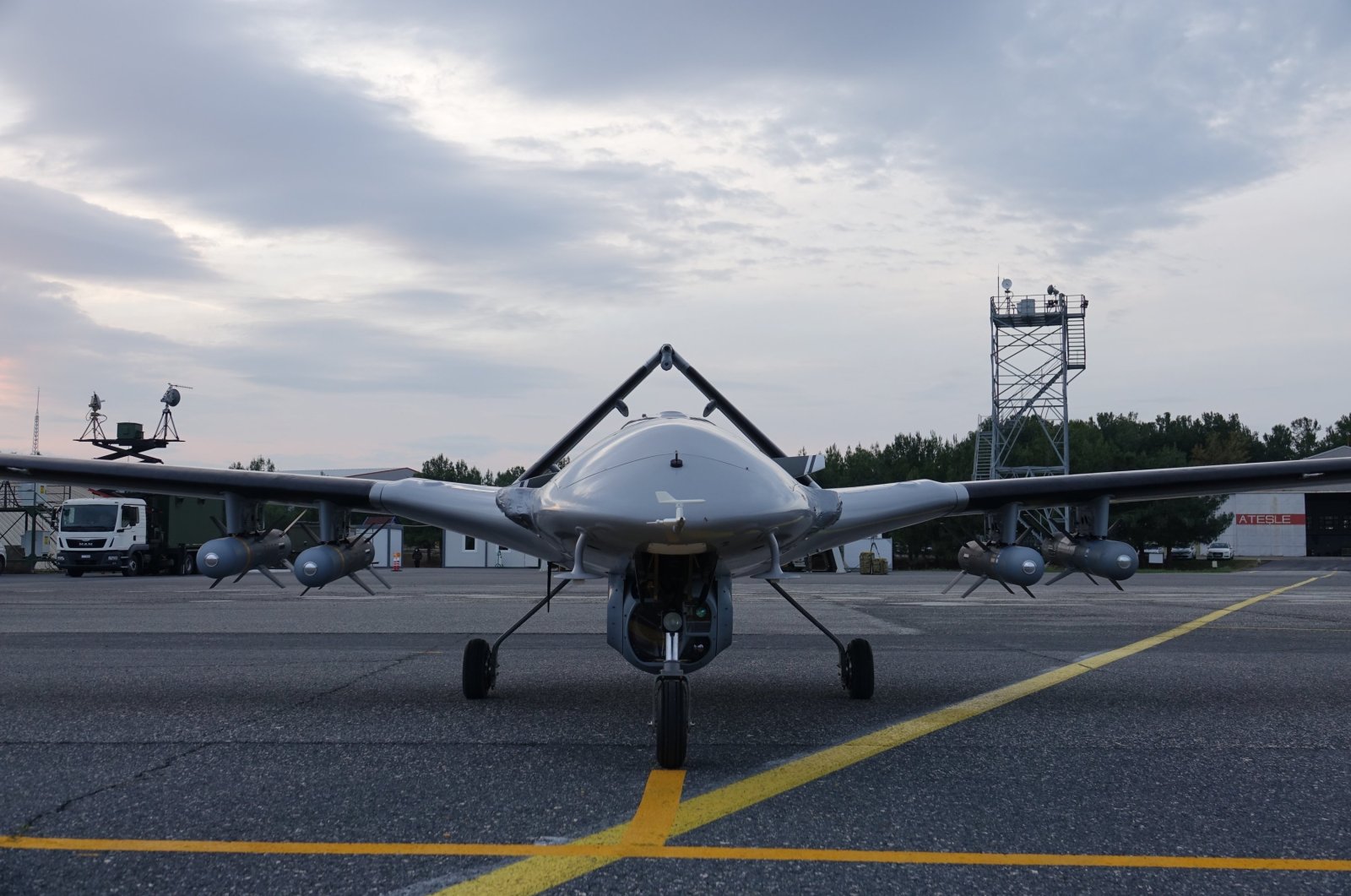 Speaking to journalists in southern Antalya province, Kuleba said: “Strategically we want to do two things: We want Turkish drones to be equipped with Ukrainian engines and we want to localize production of drones in Ukraine.”

“Russia spares no effort to talk countries out of selling arms to Ukraine because Russia wants a weak Ukraine. The weaker we are the easier it will be for Russia to impose something to us,” Kuleba said.

“Drones are needed to deter Russia so that Russia thinks twice before planning escalation or large-scale attack on Ukraine. This goes not only for drones but for any kind of military equipment Ukraine is purchasing. We do not buy drones to attack but to defend ourselves,” Kuleba elaborated, saying that Kyiv will use them “in any part of Ukrainian territory to defend ourselves.”

The Crimean Platform was established in October 2020 as part of Ukraine's strategy of de-occupation of Crimea.

Saying that the Crimean Platform is a “political weapon of Ukraine” to defend its territorial integrity and to restore its borders, Kuleba added: “I do not think there are closer friends in Crimea than Ukraine and Turkey, we are two nations who care for this piece of land, for the people living there historically, for Crimean Tatars. This makes it more than natural for Kyiv and Ankara to cooperate closely on this matter.”

Crimean Tatars are a Muslim community Indigenous to the Black Sea peninsula. Most Crimean Tatars opposed Moscow's annexation of the Crimean Peninsula. Russian authorities have since cracked down on the community, banning their assembly and television channel as well as detaining and jailing dozens of activists.

Volodymyr Zelenskyy's administration has urged NATO to speed up Ukraine's entry through a Membership Action Plan (MAP). Zelenskyy called on further action after a standoff with Moscow this year that saw Russia mass additional troops and military equipment near Ukraine's borders.

"NATO leaders confirmed that (Ukraine) will become a member of the Alliance & the #MAP is an integral part of the membership process," Zelenskyy wrote on Twitter following the NATO summit in Brussels.

The Kremlin said recently that Moscow was worried by talk of a road map for Ukraine to join NATO and described the "problem" of the military bloc as one of Russia's "red lines."

Kuleba said verbal political commitments regarding the issue were made at the G-7 and NATO summits.

“Back in 2008, the alliance in Bucharest said clearly that Ukraine and Georgia will become members of NATO. At the very same summit, leaders instructed their foreign ministers to address the issue of granting both countries membership action plans,” he stated.

“Since 2008 if you ask me what has been done by NATO to achieve that, I will give you a very honest answer: nothing.”

Kuleba criticized the alliance saying that since that date not a single move has been made by NATO to implement the decision.

He highlighted that since then, Ukraine went through many difficult, twisting periods in its history. In 2014 Ukraine made it clear and expressed its political will to continue on the path of Euro-Atlantic integration, Kuleba added.

“We made many reforms – Ukraine before 2014 and after 2014 are two different countries. Still, we did not get closer to membership.”

He noted that at the recent summit, NATO reiterated that Ukraine will be a member – “basically they copy pasted the language of 2008.”

Kuleba underlined that Ukraine expects a “clear timeline” on membership from the alliance and recognition that Ukraine achieved a lot in its reform path.

“How many reforms exactly do you want?” Kuleba asked, saying that the more reforms Kyiv carries out, the more are expected.

For Ukraine, the best news to come of the NATO summit was the reiteration of Ukraine's membership but on the downside, no timeline was specified for this process.