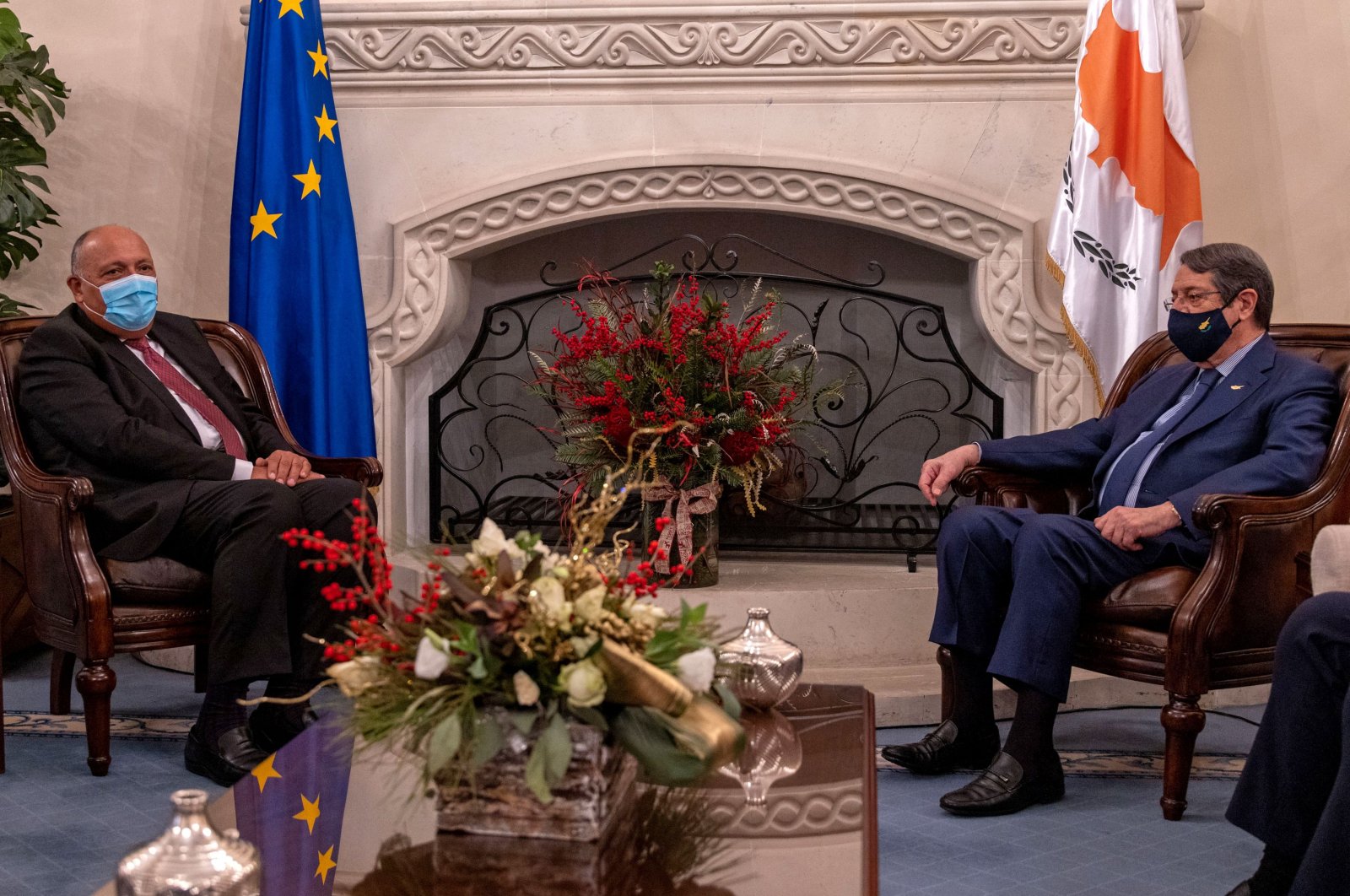 Egypt on Tuesday said that any talks on the Cyprus issue should adhere to a United Nations-backed road map reunifying the ethnically-split Eastern Mediterranean island as a federation.

Egyptian Foreign Minister Sameh Shoukry said after talks with his Greek Cypriot counterpart that regional challenges need to be countered based on international law instead of "aggressive activities or expansionist tendencies.”

Shoukry’s remarks indirectly targeted Turkey, which supports a two-state solution based on the equal sovereignty of two different states on the ethnically divided island, rejecting decadeslong efforts favoring federal solutions that did not bring about any resolution to the conflict.

Cyprus was split in 1974 when Turkey acted against a coup aiming at union with Greece. Only Turkey recognizes a Turkish Cypriot declaration of independence in the island’s north, where it keeps more than 35,000 troops.

Turkey and the Turkish Republic of Northern Cyprus (TRNC) insist that a two-state deal is the only feasible alternative after nearly a half-century of failed talks aimed at a forging a federation made up of separate Turkish Cypriot and Greek Cypriot zones.

Turkish Cypriot President Ersin Tatar said a prerequisite to reviving stalled peace talks is the recognition of the TRNC as a legitimate legal entity on par with the internationally recognized Greek Cypriot administration.

Greek Cypriots fear a two-state deal would entrench Turkish control potentially over the entire island as well as hydrocarbon deposits off its shores. The Turkish side does not recognize Greek Cyprus’ statehood and says that much of the sea around the island where the Greek Cypriot administration claims exclusive economic rights falls within its own continental shelf.

The Turkish government says a "unilateral” Greek Cypriot bid to carry out drilling off its shores ignores its rights – and those of Turkish Cypriots – to the region’s potential energy reserves. The Greek Cypriots say Turkish claims contravene international law and the island’s sovereign rights.

Peace talks have been at a standstill since the last bid to reach a reunification agreement collapsed in the summer of 2017.

Colin Stewart, the new head of the U.N. peacekeeping mission on Cyprus, will host Tatar and Greek Cypriot leader Nicos Anastasiades at an informal reception on Tuesday at an abandoned hotel inside a U.N. controlled buffer zone that cuts through the capital Lefkoşa (Nicosia).

The meeting is billed primarily as a social event geared toward breaking the ice between the two leaders in the absence of formal talks.