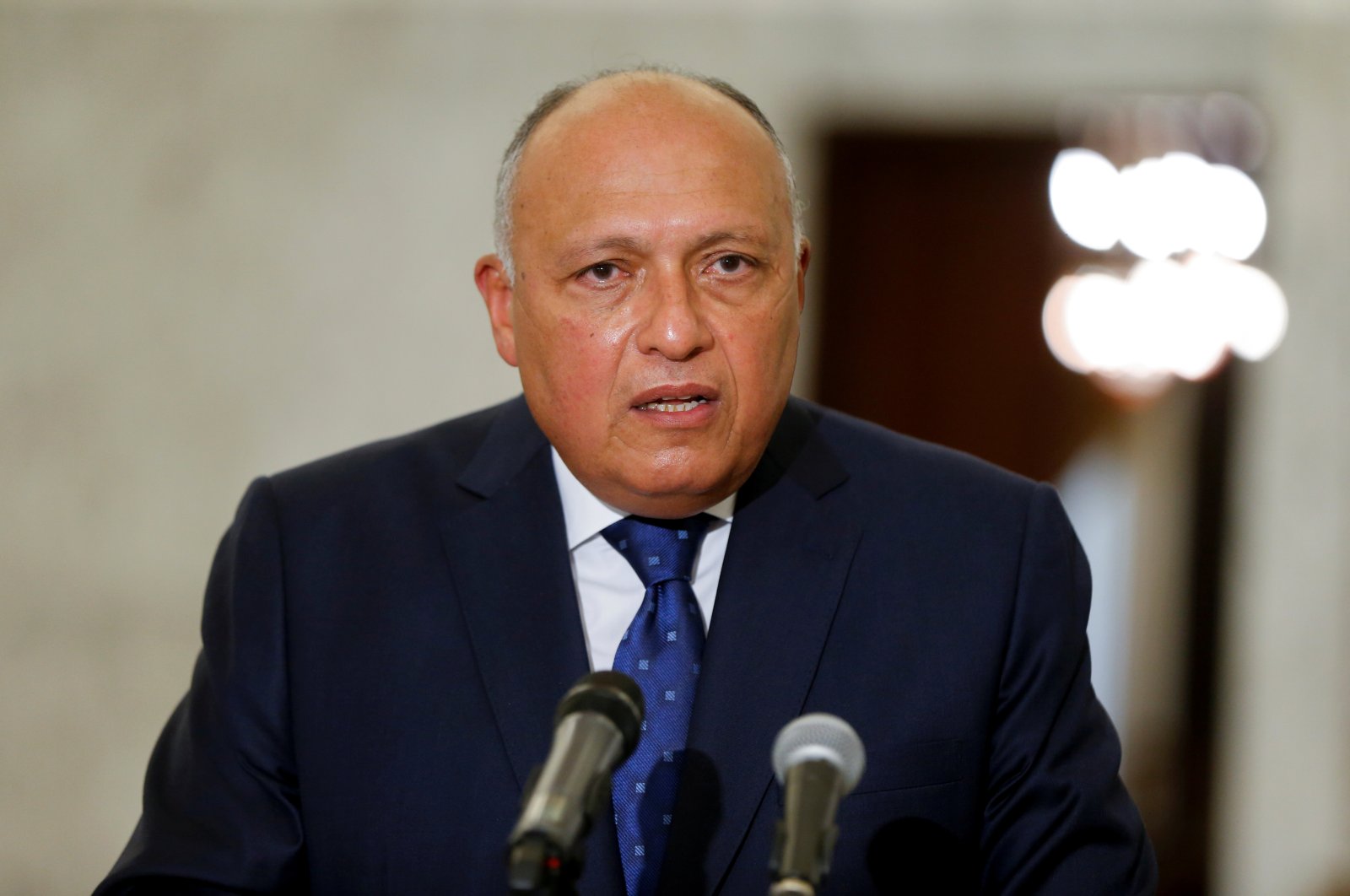 Egypt is eager to build dialogue with Turkey that benefits both sides as well as stronger bilateral relations based on international law, the country's foreign minister, Sameh Shoukry, said Monday.

Speaking to a local broadcaster about the recent phone call with Turkey's Foreign Minister Mevlüt Çavuşoğlu, Shoukry said that they appreciate Turkey's recent remarks and gestures.

Stating that they give importance to the phase of political opening that determines the framework of bilateral ties, he said that the recent phone discussion was to exchange well-wishes for the Islamic holy month of Ramadan.

"Egypt is willing to establish dialogue that will benefit both sides and to establish relations in accordance with international law, without harming interests," he pointed out, adding the country also attaches importance to establishing these through political negotiations once the necessary foundation is formed.

Çavuşoğlu and Shoukry spoke by phone Saturday, the Turkish Foreign Ministry said, their first direct contact since a push by Ankara to improve strained ties between the regional powerhouses.

The two ministers exchanged well-wishes for the Islamic holy month of Ramadan, which starts this week, the ministry added but gave no further details.

Last month, Turkey said it had resumed diplomatic contact with Egypt and wanted to improve cooperation after years of tension that began with the disruption of relations in 2013.

Speaking to reporters during his return from Qatar, Çavuşoğlu said: "We have made contact with Egypt at both the intelligence and foreign ministry levels. Contact has also begun at the diplomatic level."

Noting that neither side put forward preconditions, the top diplomat said ties that have been cut for years could not be easily mended at once.

Following Çavuşoğlu's remarks, President Recep Tayyip Erdoğan also stated that the cooperation with Egypt in the fields of intelligence, diplomacy and economy continues.

Turkey's foreign minister last month also said that Turkey may negotiate a maritime demarcation agreement with Egypt in the Eastern Mediterranean, depending on the condition of bilateral ties. Following this, Defense Minister Hulusi Akar said Egypt’s decision to respect Turkey’s continental shelf while carrying out seismic exploration in the Mediterranean Sea is an important development. Presidential Spokesperson Ibrahim Kalın also described Egypt as the brain and heart of the Arab world and said that Turkey could turn a new page with Cairo and the Gulf countries.

A thaw in ties between the two nations could have repercussions around the Mediterranean. They have backed rival sides in the war in Libya and sealed conflicting maritime deals with other coastal states.

The relations between Turkey and Egypt deteriorated after Gen. Abdel-Fattah el-Sissi toppled the country’s first democratically elected president, Mohammed Morsi, in a coup after only a year in office. Ankara has maintained its position that a democratically elected president cannot be deposed by a military coup and thus has voiced its criticism of el-Sissi and his backers, including the West and some of Ankara’s rivals in the Gulf region. The Egyptian government, on the other hand, urged Turkey not to intervene in an issue that it considers as belonging to the country's internal affairs. The dispute led to bilateral relations remaining deadlocked for many years.