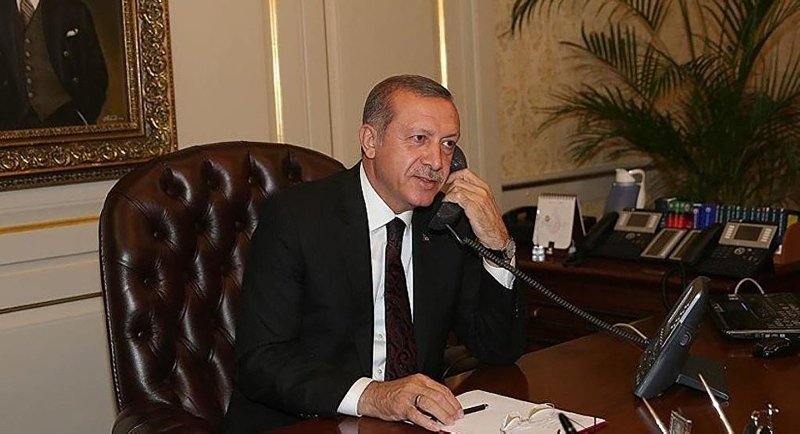 The two leaders discussed ways to enhance bilateral ties and the steps to be taken regarding regional issues, the directorate added.

For his part, Erdoğan told Draghi that strengthening the strategic partnership between the two countries would greatly contribute to the stability and prosperity in the region and that Ankara wants to hold the third Turkey-Italy Intergovernmental Summit as soon as possible.

The president also said Turkey is committed to increasing the bilateral trade volume to 30 billion dollars.

Erdoğan also noted that EU accession is Turkey’s strategic goal and that he believes Italy will continue to support this goal.

Noting that Turkey and Italy were “unfortunately” abandoned in the migration crisis, Erdoğan said highlighted that fair distribution of migrants and refugees and burden sharing were necessary.

He added that the Turkey-EU migrant deal, which has marked its fifth year, needs to be updated accordingly and that it makes up the basis for the positive developments regarding Turkey-EU ties.

The president also noted that Turkey is in favor of stability and cooperation in the Eastern Mediterranean and the Aegean and supports a two-state solution to the Cyprus issue.

Turkey and Italy enjoy favorable relations based on mutual trust. Both countries have been in favor of solving the Libyan crisis and Italy has praised Turkey for its contributions. However, Italy has opposed the two-state solution favored by Turkey and the Turkish Republic of Northern Cyprus.

Both NATO members, Turkey and Italy are two regional powers that share common interests, history and values in the Mediterranean basin.