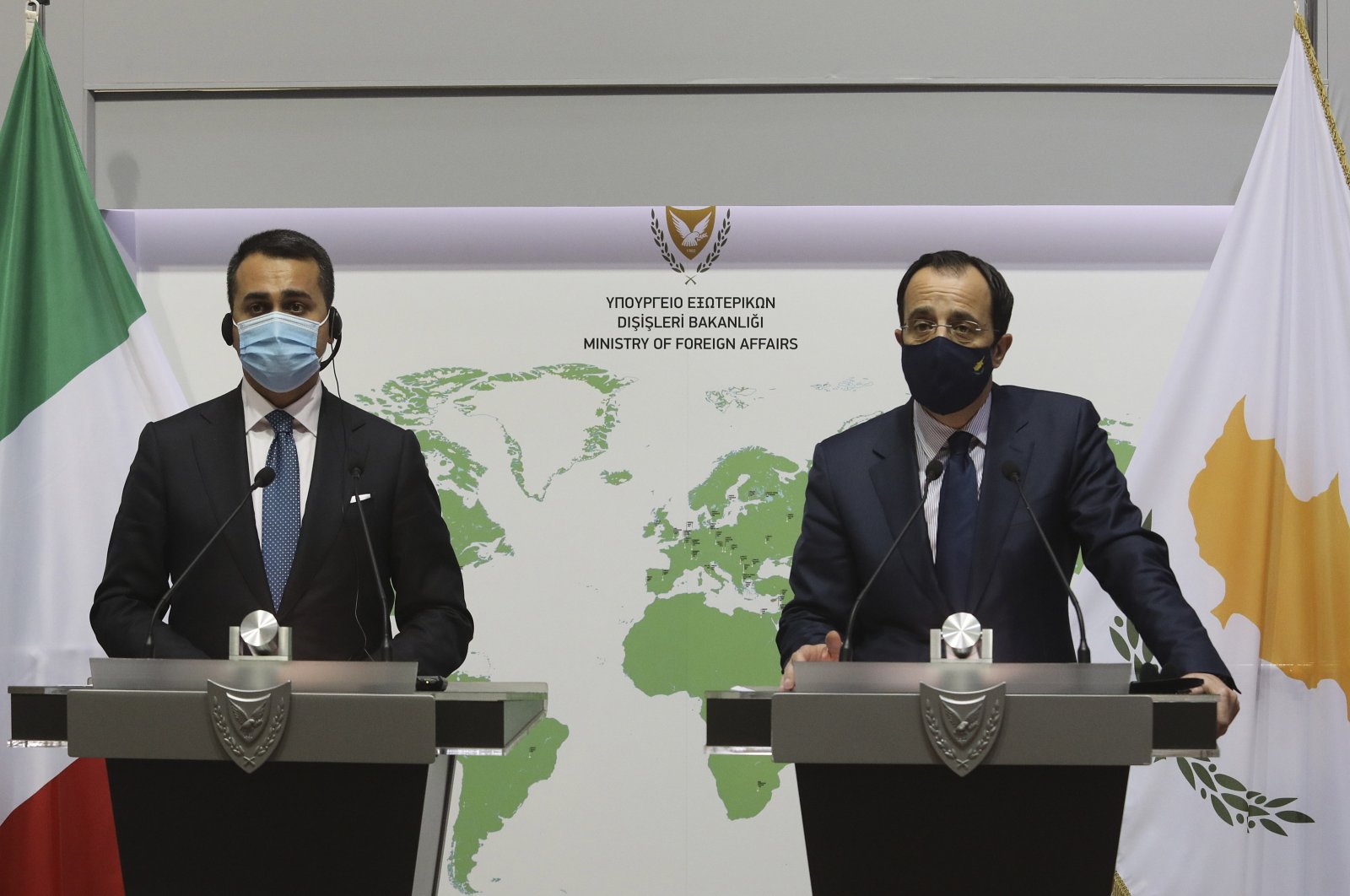 Di Maio’s remarks come amid Turkish and Turkish Cypriot calls to put federation aside as a compromise solution to end the east Mediterranean island nation’s 46-year split, after numerous rounds of fruitless, U.N.-facilitated negotiations. They say the parties should instead forge an arrangement based on two equal states.

U.N. Chief Antonio Guterres will host an informal meeting April 27-29 in Geneva of the rival Greek and Turkish Cypriot sides as well as the island's guarantors’ – Greece, Turkey and former colonial ruler Britain – to gauge chances of resuming peace talks.

The island of Cyprus has been divided since 1974 when a Greek Cypriot coup aimed at Greece’s annexation of the island was followed by violence against the island’s Turks and Ankara’s intervention as a guarantor power.

Ankara and the TRNC President Ersin Tatar, insist that a “cooperative relationship” between two states is their “new vision” that would break decades of negotiations deadlock.

Tatar also said he doesn’t want the European Union to be involved in any peace talks because of any apparent pro-Greek Cypriot bias. Cyprus joined the EU in 2004, but only the internationally recognized south enjoys full benefits.

An overwhelming majority of Greek Cypriots reject any deal that would legitimize the island’s partition.

Turkey, as a guarantor nation for the TRNC, is currently searching for gas reserves in the region. Ankara has consistently contested the Greek Cypriot administration’s unilateral drilling in the Eastern Mediterranean, asserting that the TRNC also has rights to resources in the area.

Di Maio said he underscored his “complete solidarity” with Greek Cyprus over “provocations and unilateral actions” that harm the island’s sovereign rights and which “cannot be tolerated.”