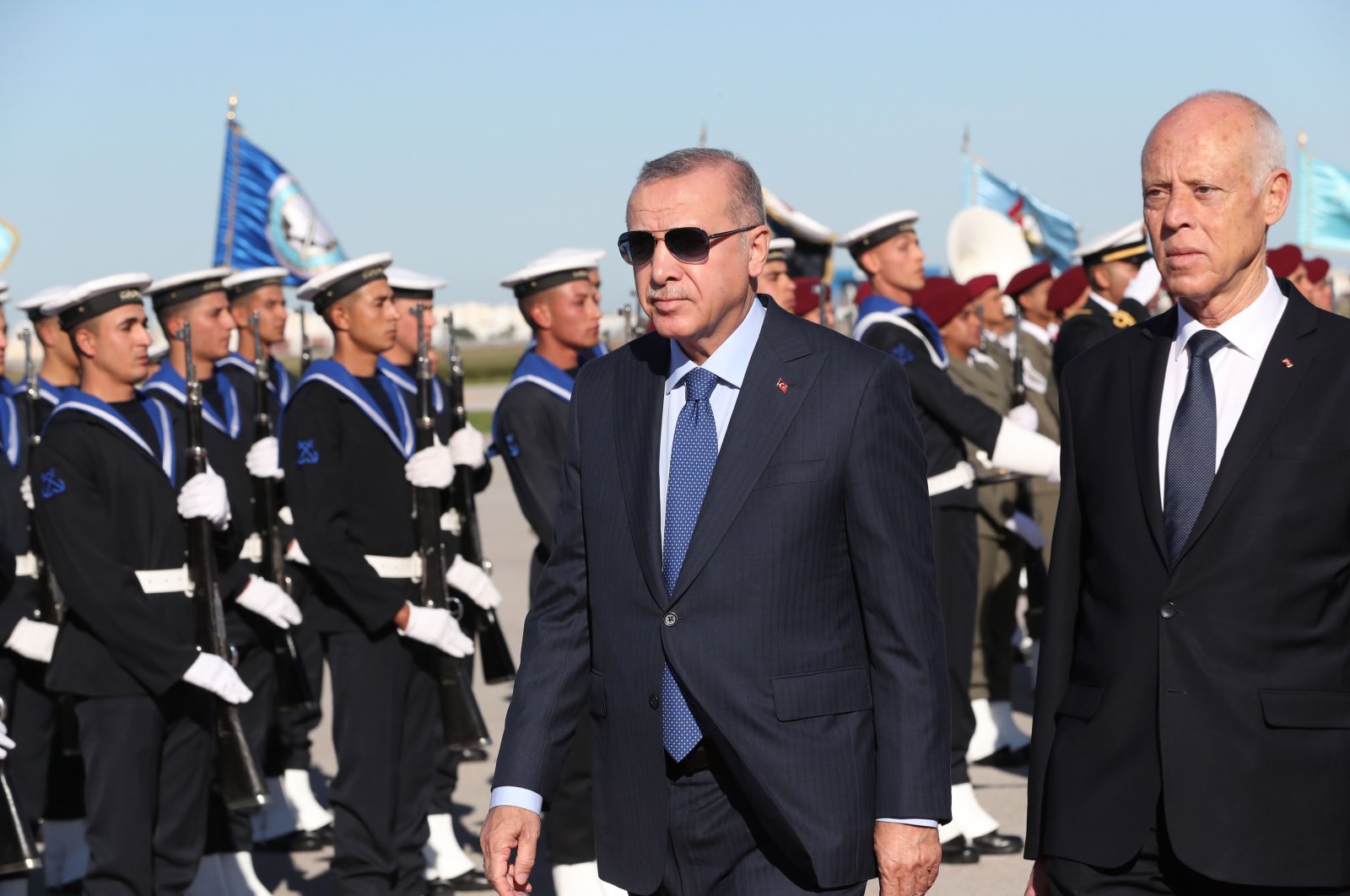 President Recep Tayyip Erdoğan held a phone call with his Tunisian counterpart Kais Saied late Monday, underlining the importance of democracy and the protection of freedoms amid a power grab viewed as a coup.

According to a statement by the Communications Directorate, Erdoğan underlined that Tunisia’s stability and peace are “very important for the region” and that Turkey is closely following the developments in the North African country.

Adding that the Turkish government believes Tunisia will “get over with these distressful times,” Erdoğan also told his Tunisian counterpart that it is of vital importance to keep the Tunisian parliament working despite all the hardships the country is facing.

In his recent speech, Saied said he would suspend the immunity of all members of parliament and take control of the general prosecutor’s office.

Tunisia has been gripped by a deep crisis since Jan. 16, when Prime Minister Hichem Mechichi announced a cabinet reshuffle but Saied refused to hold a ceremony to swear in the new ministers. Tunisia also faces an unprecedented spread of the COVID-19 strains in most states, causing a rapid spread of the virus.

Tunisia is seen as the only Arab country that succeeded in carrying out a democratic transition among other Arab countries that also witnessed popular revolutions that toppled the ruling regimes, including Egypt, Libya and Yemen.