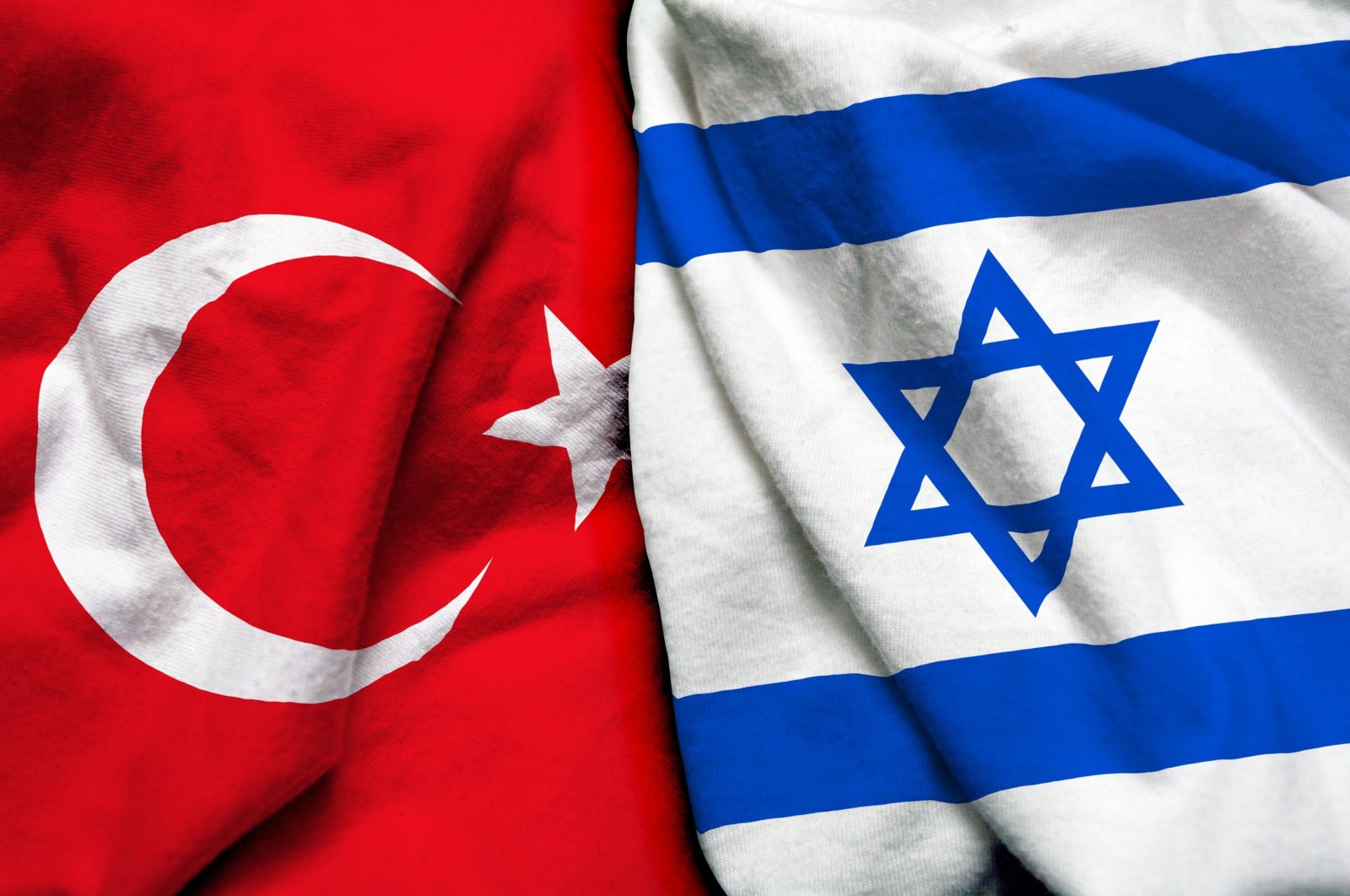 In this illustration photo, the flags of Turkey (L) and Israel are displayed side by side. (Photo by Shutterstock)
by DAILY SABAH Nov 18, 2021 2:33 pm
RECOMMENDED

Erdoğan conveyed to his Israeli counterpart that relations between the two countries are important for the security and stability of the Middle East, and that differences of opinion can be minimized if there is mutual understanding on both bilateral and regional issues, according to a statement.

Emphasizing that it is essential to reestablish a culture of peace, tolerance and coexistence in the region, Erdoğan said that in this respect, the development of Palestinian-Israeli relations and the resumption of the peace process are priorities.

He also noted that maintaining contact and dialogue between Turkey and Israel is in the common interest.

According to a statement by the Israeli Presidency, the phone call between Erdoğan and Herzog was conducted in a positive spirit.

Herzog said he welcomes a comprehensive dialogue with Turkey on bilateral and regional issues related to peace, the statement said.

The two leaders agreed to remain in contact, it added.

The call came after an Israeli couple, who were detained by Turkey for a week on suspicion of espionage, returned home on Thursday after they were released.

Mordi and Natalie Oknin arrived home in central Israel where they were greeted by family and a crowd of reporters. From the family's balcony, Natalie thanked all those involved in securing their release.

A statement by Israel’s prime minister and foreign minister earlier announced the release and also expressed gratitude to the president and government of Turkey.

The event caused an unprecedented crisis in Turkish-Israeli relations that had been peaceful for decades. Both countries even recalled their diplomatic envoys following the incident.

In December 2016, both countries reappointed ambassadors as part of the reconciliation deal and reiterated several times the necessity to further improve bilateral relations.

However, Turkish officials continue to criticize Israel’s policies targeting Palestinians, including the illegal settlements in the occupied West Bank and Jerusalem and the humanitarian situation in Gaza.

Turkish citizens have also been complaining about Israel’s arbitrary restrictions on visits. However, Israel's informal policy of deportation, visa rejection, arbitrary detention and delay of Turkish nationals for no reason at airports has failed to discourage hundreds of visitors each year.