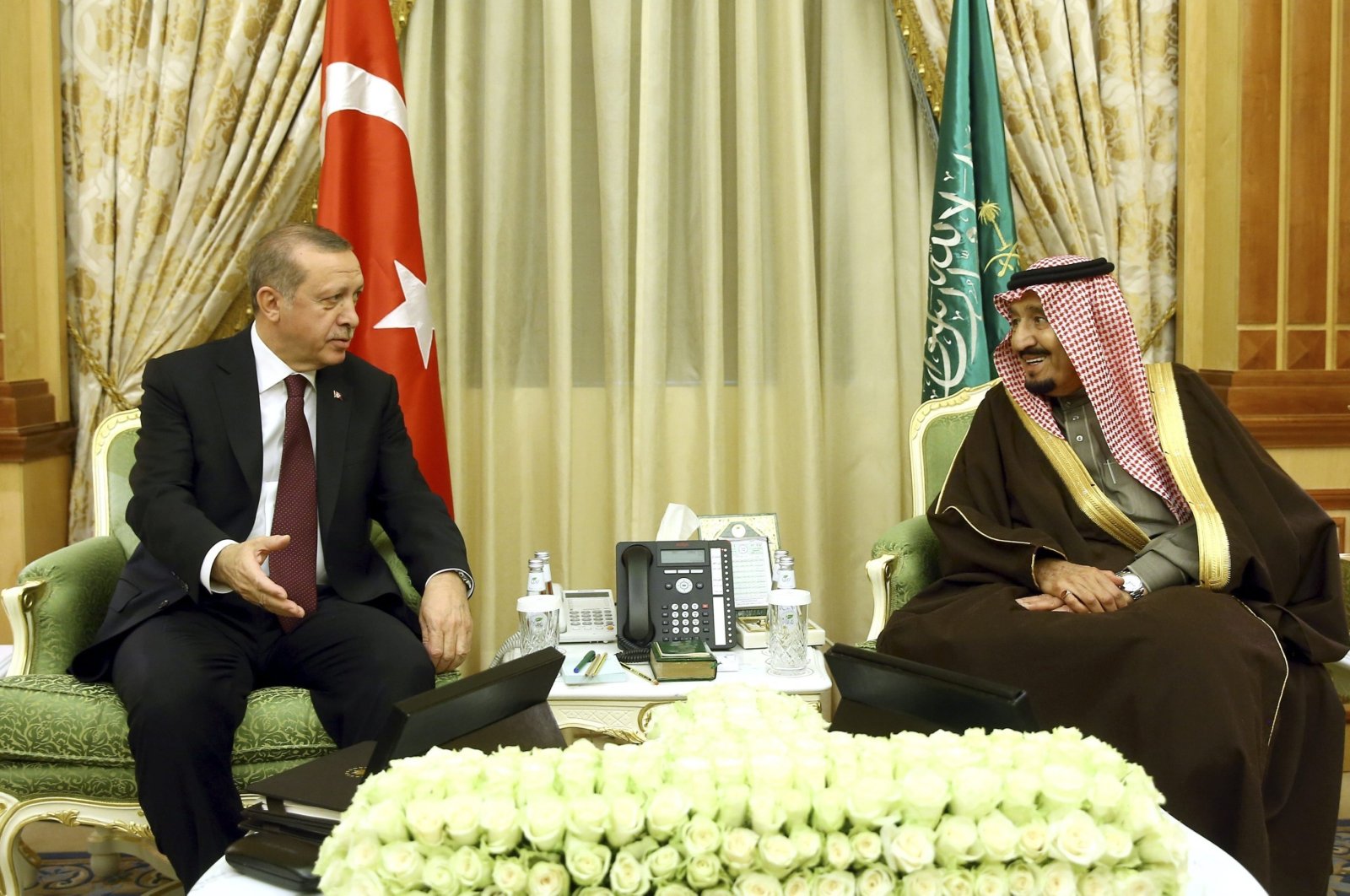 According to the statement, the two leaders "exchanged views on Turkey-KSA relations."

Data from the Turkish Exporters’ Assembly (TIM) data earlier this month showed sales to Saudi Arabia almost zeroized in March and plunged to just $19 million (TL 159.19 million), collapsing 93.7% year-on-year from around $298.23 million a year ago.

Many industries have seen their sales almost reset in March.

The TIM data showed that in the first quarter of the year Turkish exports to the kingdom shrunk 93% on an annual basis to $56 million, down from $810.6 million in the January-March period of 2020.

To circumvent the unofficial blockade, some Turkish exporters have been rerouting food, clothing and other goods, and Turkey recently raised the issue at a World Trade Organization (WTO) Goods Council meeting in Geneva.